For those of you who’ve traveled through the U.S. on a road trip before, this is probably a familiar experience. The miles are slipping by, and you’re zooming along at a comfortable 70 miles per hour. A speed-limit sign zips by: 35 miles per hour. Suddenly, a Crown Victoria with blue and red flashing lights and a siren pulls out of a side street concealed by the trees. Minutes later, you’ve earned yourself a $90 ticket and some points on your car insurance.

Sure, regulating speed is important, but some cities in America seem hell-bent on applying the squeeze. It might ruin your day, but for the city, it’s a great way to drum up some extra revenue. But, it turns out that police departments that focus on collecting fines and fees for the city also do a worse job at solving crimes. 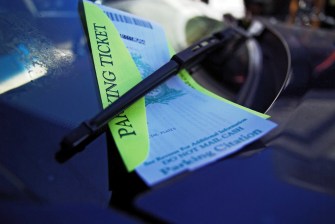 The revenue from fines and fees like parking tickets are used to bump up the city’s budget.

Keeping their eyes on the money

The researchers found a startingly correlation: for every 1% of a city’s budget that was derived from police fees and fines, 6.1% fewer violent crimes and 8.3% fewer property crimes were solved.

To reach this conclusion, the researchers looked at three different data sets.

Looking through these data sets and examining the relationships within, the researchers came up with a few different explanations for why collecting more fines lowered crime clearance rates. 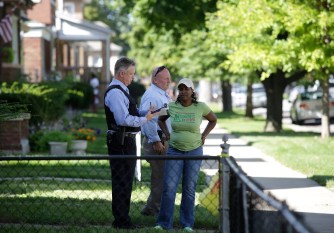 Part of the reason why more fines issued means fewer crimes solved is that fining people takes up a significant chunk of a police officer’s time.

First, aggressively enforcing laws that accrue fines and fees (like setting up speed traps) can use up the time officers would otherwise use to solve crimes. Importantly, smaller cities—those with less than 28,010 citizens—had the strongest relationship between higher revenue collection and lower crime-solving rates.

This is because larger cities generally have specialized police forces, where some officers specifically enforce laws that generate city revenue and other officers pursue violent crime or property crime. Smaller cities don’t have this luxury. Generally, their police officers do every kind of job a police officer might do. So, when the city puts a greater emphasis on collecting revenue, the officers have less time to do their work.

The study also offered another explanation. Research shows that the more negative interactions there are with police officers, the less a population trusts those officers. Traffic stops are by far the most common type of interaction between the general public and the police. Not only are these inherently unpleasant interactions between the police and a citizen, but the increased rate of traffic stops also increases the likelihood that something will go wrong.

With less trust between a population and its police, 911 is called less frequently, making it more difficult to solve crimes. What’s more, this leads to a vicious cycle—research has also shown that a higher rate of unsolved violent crimes leads to less trust in the police. 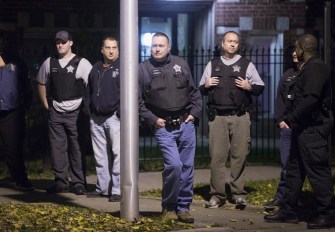 The study found that African-American and poor communities tended to be fined the most.

Since we’re talking about broken police practices in America, it’ll come as no surprise that rich, white folk aren’t the ones getting screwed. The study noted that “cities with a higher number of African-Americans, less-educated residents, lower tax revenues, and lower […] representation of minorities [in local government] tend to collect a greater share of revenues from fines and fees.” Every 10% increase in the population of African-Americans in a city was also associated with a 1.1% lower rate of crime clearance. So, the more African-Americans in a city, the more likely police are to extract fines and fees from its residents and the less likely they are to work on solving crimes. This explanation also fits well with the well-studied fact that many African-American communities in U.S. cities have very little trust in the police.

It’s important to note that this study didn’t establish causality. Just because a police department with higher rates of fine and fee collection has lower rates of crime clearance doesn’t mean the first causes the second; they’re just related figures. For instance, the authors noted that higher crime rates might discourage people from moving to the city, driving down the property values. Since a city gets most of its revenue from property taxes, the city might have no choice but to aggressively fine its residents.

Ultimately, however, the effect is the same: relatively law-abiding citizens get taxed for breaking minor laws, while violent criminals and thieves get away with their crimes. If we want to fix crime in America and for our cities to prosper, police departments and city governments need to focus less on squeezing their residents for every penny and more on solving crimes that truly damage our cities.

Detective fiction reveals how a particular society or time period looks at crime and criminal justice.
The Present

Bitcoin is often derided as volatile, but a new report suggests there is a method to the madness.
Neuropsych

A new study found that people who scored high in certain psychopathic traits are more likely to limit head movements.
The Present

Three ideas could help create the police force that Americans want.
The Past

Before it fueled Woodstock and the Summer of Love, LSD was brought to America to make spying easier.
Up Next
Neuropsych

Paralyzed man can walk again thanks to a mind-controlled implant

A man paralyzed from the waist down was able to voluntarily control and move his legs with the help of an electrical implant in his spine.