The future of work is going to be something beyond our wildest dreams. Our universities and future crop of students cannot afford to fall behind in this incredibly new and competitive environment. While fears of automation taking away all our jobs are largely unfounded and overhyped, many professions will cease to exist. But the foundations for entire new spectrums of commerce and education are already being laid.

We may be in the infancy of a new space age, where we’ll need structural engineers to build Moon buildings and lawyers who can fight for their clients in new land domains outside of Earth. Personalized medicine may turn a regular old trip to the doctor more akin to a cosmetic enhancement appointment.

The students and citizens of the future world need to be prepared. These seven most valuable college majors take into account short-term job growth prospects, future relevance and need for problems we’ve yet to face. 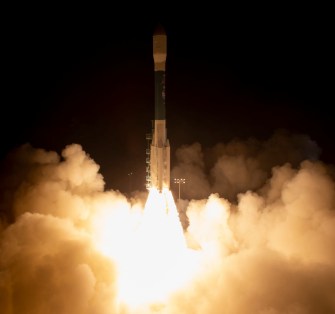 Aeronautics and aviation technology is a major area of growth both on this planet and off of it.

In the nearterm, expected employment rate is estimated to grow 5 percent by 2020. These degree programs focus mostly on aerodynamics and mechanics, preparing their students to either become pilots or focus on applied engineering.

Most aerospace programs have a rigorous curriculum designed to produce only the best engineers and weed out those that can’t hack it. Students will be learning about thermodynamics, flight mechanics and on the space side – spacecraft design, orbital mechanics and more.

New heavy hitters like billionaires Jeff Bezos, Richard Branson and Elon Musk are all funnelling billions into rocket companies intent on exploring and colonizing our closest celestial neighbors. That’s not even taking into account the booming drone business taking to the skies here on Earth and established institutions and companies like NASA and Boeing advancing into space. 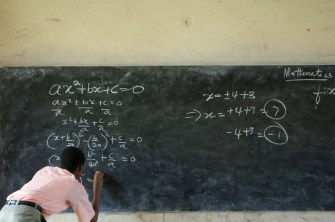 The underpinnings of our greatest technology is written in the language of math. While Americans in primary schools may not be faring that well in the subject, it’s still vitally important to understand as a precedent for a multitude of scientific disciplines. With an unemployment rate of only two percent and high paying salaries right out the gate, applied mathematics is a necessity in almost every field.

Someone highly skilled in mathematics can take established techniques and apply them in new ways in emerging fields. Mathematicians are highly prized in research institutes, chemical manufacturers and within start-ups. 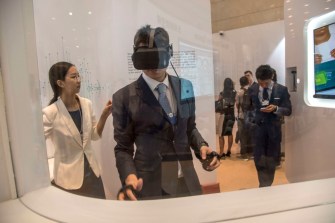 Advertising is a dynamic field that is continually changing as new media mediums emerge into the fold. Writing ad copy once reserved for print advertisements now flows out from our smartphones and pervades the digital realm as we explore virtual worlds.

The future of augmented and virtual realities will bring about a multi-trillion dollar industry run off the back of advertising dollars.There is an expected ten percent growth by 2022. Massive companies like Alphabet and Facebook solely exist because they’ve created a new need and space for companies and customers alike to connect. Commerce will never tire of the marketing or ad executive.

Future electronic Mad Men will sell you trips to orbital resorts. Holographic screens will advertise the best place to get a genomic tune up. There will always be a need to advertise. 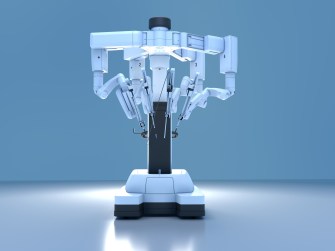 The robotics field has been active nearly since the early 20th century. Myths and the history of automatons is as old as human civilization. But the field has never more exciting than it is now. While some universities offer standalone robotics degrees – skills needed to enter the robotics field usually come from a number of different engineering degrees.

The robotics field is so vast with specialized niches growing in number everyday. Skillsets range from programming to mechanical engineering. A good background in computer science or engineering is a plus. But it really depends on what type of aspect of robotics you want to study. Even psychologists could be useful in the event our robotics become conscious, we’ll need every skill set and variety of human expertise involved for our new silicon creations.

Many scientists believe that the next best programming language to learn has been with us forever – at least as far as the biosphere is concerned. DNA is the language of life and it’s something we’re realizing can be programmed, augmented and made greater than it already is. The future of medicine and how we view ourselves will be dependent on the next great artists… Biological artists will use the minutatie of DNA as their new pastels and paint brushes, the body as the ultimate canvas.

We may be a long way from tweaking the genomes of our new children and one day genetically engineering full grown adults, but with tools like CRISPR-Cas9 – we’re on our way there. Currently bioengineers work in hospitals and build medical devices among other things. The field is as broad and varied as life’s genome itself. Within the next ten years the job market is expected to grow by 7 percent. 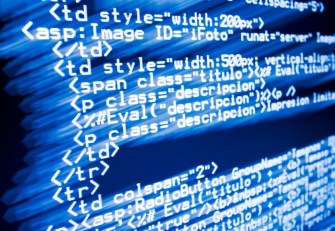 Some people liken understanding how to code nowadays as being on par with literacy a thousand or so years ago. While we won’t all need to be proficient in writing C++ and querying databases, the computer wizzes who can are the ones speaking the language of the computational zeitgeist.

There is a large need for information technology and software engineering related jobs. The foundations of our society are all online and connected. Core computational knowledge will be a necessity as we build new super computers and delve into the exciting world of quantum computing. Employment of software developers alone is projected to increase by 24 percent to the mid 2020s. 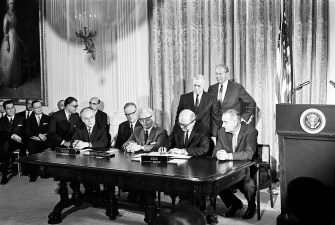 Signing of the Outerspace Treaty

​As long as humanity exists there will be disputes. Lawyers are the ultimate arbiters of dispute between individuals, nationstates, and corporations. Space law is an exciting and growing new field. Diplomatic policy between the many new actors in space is a must if we’re to live in a peaceful and prosperous new era.

Right now the Space Treaty is our piece of old legislation that governs the great beyond. That was also written in a time when we knew nothing of our capabilities and desires to spread through the stars. These problems were reserved for far out science fiction writers, but not any longer. With NASA giving out space law grants to universities and Ronald Reagan-esque proclamations about the new Space Force coming from President Donald Trump, people are seriously thinking about our future in space. And for that, we’ll always need more lawyers.

Some neurology experiments — such as growing miniature human brains and reanimating the brains of dead pigs — are getting weird. It’s time to discuss ethics.
Health

Gain-of-function mutation research may help predict the next pandemic — or, critics argue, cause one.
Up Next
Hard Science

Impossible cosmic rays are shooting out of Antarctica

No particle we know of can explain what’s going on.