As universities are forced to confront a rapidly transforming educational landscape, the University of California, Berkeley, recently announced that the post of their first-ever chief innovation and entrepreneurship officer (CIEO) would go to its former dean of the Haas School of Business, and longtime UC Berkeley alumnus and facility member, Richard Lyons.

According to leadership at the university, the position is meant to enhance innovation interdepartmentally, while also integrating an enterprising mindset across the forward-thinking campus. Big Think caught up with Richard Lyons to get some insight into his vision for the university in the years to come. Lyons sees tremendous opportunity to make an impact with his new position — it touches the entirety of the university.

In sum, he intends on giving the UC Berkeley’s future students the tools they need to turn their intellectual creativity — and the “intellectual product” that comes with it — into a transformational net gain for themselves and society at large. 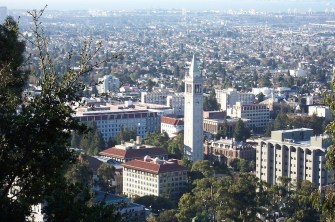 A UC Berkeley press release announced that Richard’s role would be effective January 1, 2020, after which he would go on to start developing and communicating Berkeley’s intellectual and innovative portfolio throughout campus, the community, and the business world at large.

Vice Chancellor for Research Randy Katz sees this leadership position as one that’ll take on a dynamic role both within the university and outside of it. In an email statement Katz stated:

“The CIEO role has two parts: to be an evangelist for Berkeley entrepreneurship to the outside world of the Bay Area, national, and international innovation ecosystem, and to work on advancing our campus culture for entrepreneurship and innovation.”

On the subject of these two parts — Berkeley advocacy and fostering a campus culture of entrepreneurship — Lyons felt that acting on both fronts was equally important. At the core, Lyon’s is focused on asking the tough questions:

“What opportunities are we trying to address? The intellectual creativity of Berkeley is truly remarkable. How is that ‘intellectual product’ going to be transformed into a benefit of society?.”

Lyons has served as dean for 11 years, during which he helped to foster a culture of entrepreneurship and lay the groundwork for the campus’ larger innovation goals. Lyons launched a number of entrepreneurship programs. One example of note is the Berkeley SkyDeck startup accelerator created in 2012.

The creation of the position comes off the heels of an important and extensive report titled “Entrepreneurship at Berkeley.” This was a year-long study conducted by the former Vice Chancellor for Research Paul Alivisatos, commissioned for the university to figure out how they could expand their entrepreneurship environment into the greater community. 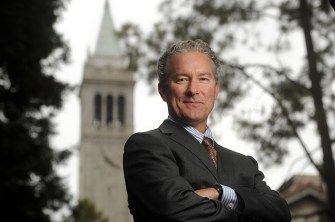 Future role at the university

A role like CIEO comes with a lot of uncharted territory. But it’s also an absolutely necessary role moving forward in the future university landscape. Richard sees the role as an entrepreneurial challenge in itself. Like an upstart, he’ll be tasked with using resources that he himself doesn’t control, and will have to put together the pieces as he goes along.

“One of the fun things is. . . the role is yet to be designed and created. There are a lot of degrees of freedom to put the priorities where we feel they should be. I know the institution very well and can marshal the resources and people around the vision to get things done.”

With a growing interest on college campuses worldwide in entrepreneurial activities, the current higher educational industry is poised with the unique opportunity to prioritize innovation throughout the whole system.

Whether that’s forming new partnerships with startup communities, commercializing research, or giving students the resources they need to succeed in the choppy waters of entrepreneurship — the result will hopefully be a net gain.

Strengthening a culture of innovation

UC Berkeley is one of the world’s top public schools for graduating the most-funded startup founders. It has a rich tradition of churning out innovative entrepreneurs and successful companies. The fulfillment of this new position seems to be the next logical step in the university’s bid to transform their business outreach.

Great institutions are obsessed with getting better. – Richard Lyons

Even more so than just printing out new founders and startups, Lyon’s vision is to also impart the enterprising mindset to students of all disciplines. “We put a lot of remarkable people into society from the sciences, business world, and humanities,” he says.

Lyons imagines the many possibilities for incorporating this mindset into numerous types of undergraduate studies. He believes that students who are less receptive to a business mindset might reconsider its value if the principles of entrepreneurship were presented to them correctly.

Berkeley has a rich history of divergent thinking. The Bay Area has been home to some of the most important cultural events in the past century. Lyon’s mentions the rich cultural artifacts we have left over from the 1960s.

“Think about the enterprising spirit of the 1960s. These things didn’t just happen. You have to get people’s attention, organize and communicate in certain ways. These are all things that would fascinate a humanist or really anyone… and speak to the wisdom of the people, who haven’t always been included in the dominion of the entrepreneurship spirit.”

Lyons has set a number of, what he calls, “measurable milestones” that he’s looking forward to accomplishing in this exciting new position. Perhaps the most standout, the transmission of entrepreneurial skills to the avant-garde student body at large.

Bend it. Stretch it. Use it to conduct electricity.
Neuropsych

Carl Jung was one such person.
The Future

Population growth is driven by three changes: Fertility, mortality, and migration.
The Present

Inspired by the shape of a New Caledonian crow’s beak, researchers created a new 3D-printed prototype of tweezers.
Up Next
Starts With A Bang

What Makes Something A Planet, According To An Astrophysicist?

A case for looking beyond the planetary scientist’s (or even the astronomer’s) definition.Ever since 2006, when the International Astronomical Union (IAU) officially defined the term planet — introducing the term ‘dwarf planet’ […]