How did psychedelics and computers converge?

There is a lot of confused historical misrepresentation when it comes to the 1960s counterculture. Far from being just a populist barefoot romp in the hippie mud, the 1960s was one of the most transformational time periods we've ever experienced. Characterized by a continuation of 1950s beatnik and Buddhist sensibilities, bohemian experiments in alternative ways of life, psychedelic experiences and an anarchist anti-authority bent, the sixties had it all. It seems that even the roots of our computational world stems from this unruly and fascinating time.

There is much more to this era than the minimal fodder that is dolled out as counterculture history to the populace usually served in weak pop-song aphorisms and fading tie-dye shirts.

One such point lost to many has been the undeniable relation between the counterculture and Silicon Valley or rather the computing age itself. This has been a central idea explored by a number of historians and authors.

The Making of a Counter Culture 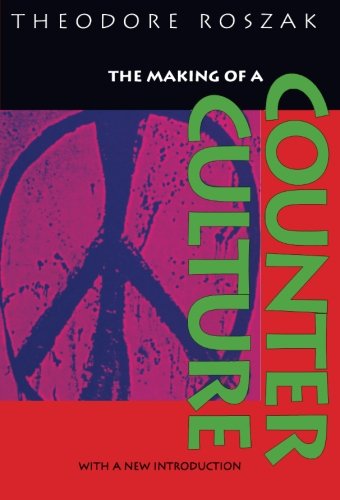 Written in 1969, about the same time the reality of the flower child was transmigrated into a caricature on a suburban television set, scholar Theodore Roszak was explaining to the world just what the hell happened in the past decade or so. It was within this book that he coined the term "counterculture".

He also came across a startling connection later on in his years. In an essay written in 1985 titled 'From Satori to Silicon Valley', Roszak traced the interconnection between the computing era and the counterculture.

In a revised edition on the topic in 2000, Roszak remarked that when he'd first written the essay he hadn't realized how much the times had changed since he first wrote The Making of a Counter Culture. He reprinted this exchange with a student.

"Where's Satori?"
"What?" I asked.
"Your lecture is called 'From Satori to Silicon Valley,' " he explained. "I know where Silicon Valley is. But where's Satori?"
"The Zen state of enlightenment ... you never heard of that?"
"Oh. I never took any courses in Oriental religion "
I started to explain the term, spelling out its once obvious connection with the counterculture of the sixties.
"Counter culture," he interrupted. "That's ... hippies. All like that."
Suddenly I felt one hundred years old

Only a few decades past the sixties and it seems like this caricature of an era had already caught on. Roszak lamented in this continued parody muddling up such a complex and nuanced cultural milieu.

.. If we were to fix upon this one aspect of the counterculture -- its mystic tendencies and principled funkiness -- we would not be doing justice to the deep ambiguity of the movement. We would be overlooking the allegiance it maintained, for all its vigorous dissent, to a certain irrepressible Yankee ingenuity, a certain world-beating American fascination with making and doing.

For along one important line of descent, it is within this same population of rebels and drop-outs that we can find the inventors and entrepreneurs who helped lay the foundations of the California computer industry.

Connections in the Whole Earth Catalog

There was one very important piece of shared literature between the counterculture folk and early computerist experimenters. This was the Whole Earth Catalog. Pages back-to-back in this new age periodical showcased back-to-the-earth neolithic skill making and proto-futurist proclamations of a cybernetic future. The commune-dwelling adherent and technocrat were beginning to fuse. Roszak writes in 'From Satori to Silicon Valley':

... one finds a puzzling infatuation with certain forms of outrè technology reaching well back into the early sixties. I first became aware of its presence when I realized that the countercultural students I knew during that period were almost exclusively, if not maniacally, readers of science fiction… Similarly, if we turn back to the Whole Earth Catalog, we can find the same hybrid taste. Alongside the rustic skills and tools, we discover high industrial techniques and instruments: stereo systems, cameras, cinematography, and, of course, computers.

What the Dormouse Said 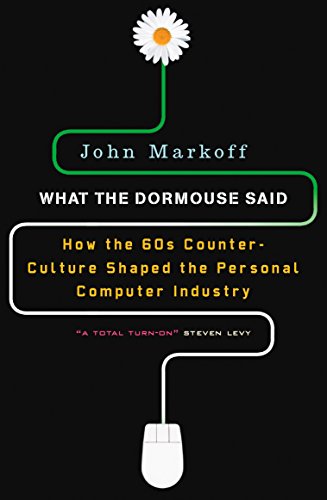 What the Dormouse Said: How the Sixties Counterculture Shaped the Personal Computer Industry
List Price: $17.00
New From: $5.00 in Stock
Used From: $1.99 in Stock

The New York Times reporter John Markoff, also explored this connection in greater depth with his book titled What the Dormouse Said. His book probes the connection in 1960s California between psychedelic drugs, political protest and new technologies.

Markoff documents throughout the book how many of the people were not mere spectators in the wild show going on around them, but active members of this special movement. Dormouse recounts the LSD experiments with Stanford computer scientists in the early 1960s, around the same time similar experimentation was going on when Dr. Timothy Leary and Richard Alpert (Ram Dass) had begun their infamous trials on the east coast at Harvard.

This overlooked period when the substance was legal arguably formed the most productive and eye-opening point of the counterculture when elites, scientists and intellectuals were partaking in psychedelic sessions.

Between 1961 and 1965, San Francisco Bay Area International Foundation for Advanced study led over 350 people through LSD sessions for research. Markoff points out that one of these participants was Douglas Engelbart, father of the computer mouse. One of his assistants was Stewart Brand, founder of the Whole Earth Catalog.

Brand bridged the gap between the rustic earthen grove and the infancy of cyberspace. In reference to filming a demonstration of the computer mouse in 1968, Brand spoke about his incessant need to get these technologies out to the populace at large:

"I was just endlessly impatient for all these things to come into the world, because I'd already seen it – the mouse and online typing, being able to mutually massage something on screen with another person, which even now is kind of difficult … [it was an] apparatus to augment the human intellect."

In a Stanford commencement speech, Steve Jobs once mentioned the influence the Whole Earth Catalog had on him:

"The Whole Earth Catalog … was one of the bibles of my generation … it was a sort of like Google in paperback form, 35 years before Google came along. It was idealistic, and overflowing with neat tools and great notions."

There are a whole lot more of these interesting connections that Markoff also mentioned in his book:

... if you want to look at where the personal computer industry got started, probably 20 companies or more came directly out of the Homebrew Computer Club in the mid 1970s. And the counterculture connection is this: The Homebrew Club was co-founded by a young man, Fred Moore, who was a draft resister who was simply looking to find a way to get his own computer so that he could do organizing work. He felt that, if he had a database program, he would be more productive. So at least in that example the connection between the counterculture and the development of personal computer was directly cause-and-effect."

Even Timothy Leary changed his tune later on his life. From "turn on, tune in, drop out," Leary brought us from the screeching halt of the sixties counterculture power and into the new age: