Why universities can no longer afford to access the research they created themselves. 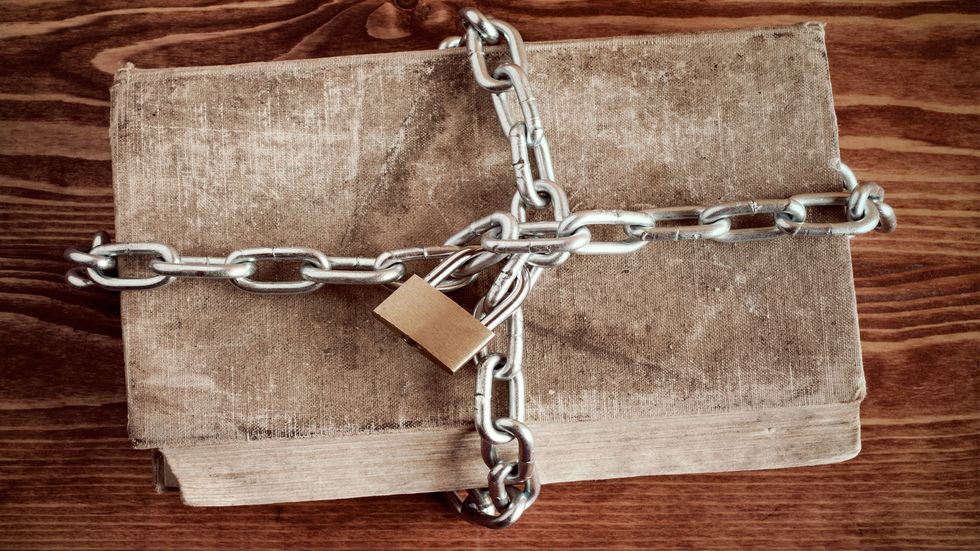 Academic and scientific publishing is a unique industry. In every other area of content creation, the interests of the publisher rest in increasing sales or exposure on behalf of creators, but publishers of academic journals have a vested interest in locking away knowledge from the majority of humanity. This two minute video with commentary from Aaron Swartz explains why:

In other areas of publishing, the creator is paid for their work. Authors are paid for books, artists are paid for art, and musicians are paid for albums; all can generally expect ongoing payment in the form of royalties.

For scientists and universities practices are different. Academics must generally hand away all rights to copyright of their best creations, creations that often take millions of dollars of public money to make. Even the editing process is done by academics acting as unpaid volunteers in a practice known as peer review. Once finished, the work is given permanently and for free to publishers who reap a higher profit margin than practically any other industry. Elsevier, the largest academic publisher, reports annual profits of over a billion dollars.

The public are often charged hundreds of dollars to access even a single decades-old study, but while the public are priced out of the market, universities and hospitals must pay millions of dollars per year to access work academics produced decades ago, work that was generally funded by the public purse or charitable grants at great expense.

Researchers aren't stupid, they are under intense pressure to publish in "high impact journals" because this is how they are assessed. They exist in a "publish or perhish" culture in which, if they fail to publish in top shelf journals, they can't win the grants they need to exist. It just so happens that historically, high impact journals are often privately held and very expensive to access. There are journals run by scientific organisations with a genuine interest in science who support academics with their profits, but increasingly private corporations accountable only to their shareholders are dominating the market.

The value of academic research is incalculable, so publishers can charge whatever they want. The price of access to academic research is rising exponentially, doubling three times over the last three decades; in that time it has never fallen. While every other industry rises and falls with the tides of change, the profits of academic publishers seem infallible and that's because publishers know they hold a monopoly on the information they possess, and universities and hospitals depend on this information so they will break the bank to pay.

As knowledge remains a goldmine of ever-increasing value, the keys to the mine are fast becoming out of reach not just of the public and public libraries. Now whole countries of professional researchers are losing access en masse. Even students at the world's richest universities can no longer expect guaranteed access. Harvard and Cornell can no longer afford access to previously affordable journals.

Researchers and scientific organisations around the world are now working hand in hand to change the system to one based around open access. They are not alone — a tide of change is afoot. Over the past year, governments in countless countries have moved to increase access to publicly funded research — click here to find out what your nation’s government is doing to prevent the keys to public works being handed to private corporations.

None of this will do much to change the problem of research produced up until today, much of which will remain in the hands of private corporations who are free to act as gangmasters. Over the last fortnight I wrote "Meet The Robin Hood of Science", the tale of a young man named Aaron Swartz driven to his death for trying to change the academic publishing system, and the young woman now faced with a multi-billion dollar lawsuit for taking matters into her own hands, illegally making public 48 million scientific papers, nearly every scientific paper ever published. Your response has been utterly overwhelming. The post has now been read nearly half a million times, including people from every single country in the world from Gambia to the Congo. Far from everyone in all of those countries can read English, but as I write this it’s being translated into Hebrew, Spanish and Turkish for reprint in newspapers and magazines from South America to the Middle East. Knowledge, it seems, really does want to be free.

Part 2: The Robin Hood of Science: The Missing Chapter

The video above is an excerpt from the fantastic documentary on the subject, The Internet's Own Boy: The Story of Aaron Swartz (Creative Commons Attribution-NonCommercial-ShareAlike 3.0 Unported License) Watch the full documentary here. Image Credit: Shutterstock.