When we press a button on our smartphone to turn off radio signals, such as GPS, Bluetooth, cellular modem, or Wi-Fi, how do we know it’s really off? The answer is we don’t.

Enabling airplane mode on our smartphones is what whistle-blower Edward Snowden would call a “soft-switch”–a button which has “no essential correlation with the hardware state.” So, Snowden and hardware hacker Andrew “Bunnie” Huang presented a paper with an idea to build a device that would alert users if their iPhone is transmitting data when it shouldn’t.

“Legal barriers barring the access to unwitting phone transmissions are failing because of the precedent set by the US’s ‘third-party doctrine,’ which holds that metadata on such signals enjoys no legal protection,” Snowden and Huang wrote. “As a result, governments and powerful political institutions are gaining access to comprehensive records of phone emissions unwittingly broadcast by device owners. This leaves journalists, activists, and rights workers in a position of vulnerability.”

These groups sometimes work in high-stakes countries where a smartphone leaking their GPS signal could endanger their efforts. Snowden is looking to give them a way to make sure they aren’t being tracked.

In the paper Against the Law: Countering Lawful Abuses of Digital Surveillance Snowden and Huang explain, “Turning off radios by entering airplane mode is no defense; for example, on iPhones since iOS 8.2, GPS is active in airplane mode,” they wrote. “Malware packages, peddled by hackers at a price accessible by private individuals, can activate radios without any indication from the user interface; trusting a phone that has been hacked to go into airplane mode is like trusting a drunk person to judge if they are sober enough to drive.”

This proposed piece of hardware would connect to the SIM card slot in the iPhone 6. In design mock-ups, it would look similar to any other smartphone case, with the added feature of notifying users whether their iPhone’s radio is transmitting when it shouldn’t be. This “introspection engine” would be an assurance for journalists and activists to know the radio signals on their iPhone 6 are really off when it says it should be. 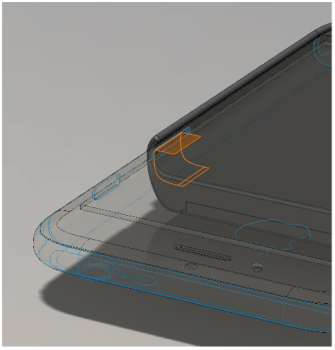 It doesn’t cost much to turn a smartphone into a surveillance device, nowadays. However, this device could make it more difficult. It’s all about the economics of surveillance. In a world where hard drives are cheap, the cost to spy on everyone is cheap. The challenge here is to raise the cost–make it expensive, so governments will only do it if they think it’s worth it.

“You need to be able to increase the costs of getting caught,” Snowden told WIRED. “All we have to do is get one or two or three big cases where we catch someone red-handed, and suddenly the targeting policies at these intelligence agencies will start to change.”

The monsoon rains were not always so reliable.
Up Next
Technology & Innovation

2016 Is Going to Be the Hottest Year Ever (According to NASA, NOAA, & Pretty Much Everyone)

Several studies confirm that 2016 is shaping up to be the hottest year ever.