Imagine if you had a satellite that could spy on any animal from space. Day and night, you could track the animal of your choice and record its movements, behaviors, and vital signs. This wealth of information would then be compiled into a giant database, allowing you to learn the minutest details of its existence.

This scenario sounds like what you’d get if Napoleon the pig teamed up with Big Brother to rule the animal kingdom, but thanks to the International Cooperation for Animal Research Using Space (ICARUS) Initiative, this prospective future will be anything but an Orwellian crossover.

“ICARUS is a global collaboration of research scientists that are interested in life on the globe,” Martin Wikelski, director of the Max Planck Institute for Ornithology and the ICARUS Initiative’s chief strategist, said.1 “And once we put together all the information on mobile animals, then we’ll have a completely different and new understanding of life on Earth.”

ICARUS hopes to open for the scientific community by 2019. In a completely anti-Orwellian move, the initiative will make all of its data — with the exception of sensitive information — publicly accessible through theMoveBank database as a means to promote global cooperation.

This month, cosmonauts will install giant antennae to the exterior of the International Space Station. These antennae will collect data from transmitters attached to animals across the planet. The transmitters are solar powered, and ICARUS engineers are working to produce devices small enough that even insects and songbirds can be tagged and tracked. 2,3

“The system represents a quantum leap for the study of animal movements and migration, and will enable real-time biodiversity monitoring at a global scale,” Walter Jetz, professor of ecology and evolutionary biology at Yale, said ina press release.

The knowledge we gain from ICARUS will have obvious benefits for conservation efforts, but researchers are also looking at ways it may benefit humanity. Here are five potential ways it could do just that. 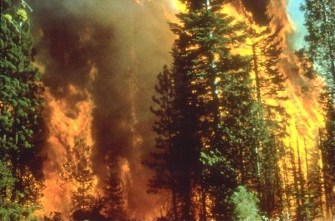 Hours before the 2004 Indian Ocean earthquake and tsunami, flamingos left their breeding grounds for safer forests and resort elephants broken their chains to escape to higher ground. Blacktip sharks are known to leave their regular hunting grounds for deeper waters in anticipation of hurricanes. And we’ve all heard stories of pets trying to warn their owners of impending disaster.4

It has long been suggested that animals can sense natural disasters, warning them well before our advanced technologies inform us. But while there are plenty of intriguing stories, there is no scientific consensus.

Data from ICARUS could help us solve this mystery. It could inform us if animals can truly forecast natural disasters, which species have the best accuracy, and what sensory mechanisms enable the feat. With this information, we could use the migration of animals to develop better warning systems to save lives before disaster strikes. 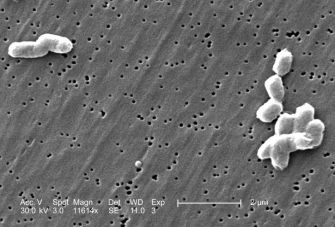 Tracking mobile animals that carry zoonotic pathogens can help us anticipate the spread of such diseases into human populations. Bats, for example, are known carriers of the lethal virusesEbola and SARS, and research has suggested that analyzing their migrations can help usforesee outbreaks.

Another study has indicated that migration reduces disease levels among potential animals since migration allows potential hosts to escape infected habitats. Migrating animals may also evolve less-virulent strains of a pathogen, potentially making the disease less deadly and easier to deal should it leap over to us. 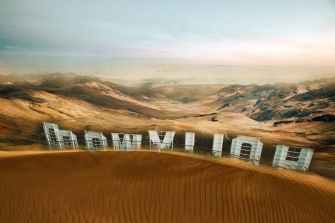 As the summers grow hotter and winters shorter, themigratory patterns of birds continue to shift accordingly. Some species are overwintering at higher latitudes than normal, some are migrating through new regions, and others are dwelling at breeding grounds for longer periods. Analyzing these migratory patterns can help us measure the effects of climate change.

Two areas where climate change will severely affect human wellbeing are agriculture and fishing – both industries highly dependent on the health of migratory species.

ICARUS data will help us map mobile pollinators, such as the monarch butterfly and Allen’s hummingbird, and diagnose if their routes have altered thanks to climate change (not to mention other detriments like land fragmentation). Transmitters could even track destructive species like locust to determine iftheir distribution area will expand as global temperatures increase.

Migratory fish are of central economic importance to many communities; however, warming waters and ocean acidification are decimating aquatic food sources. Forspecies like salmon, warming freshwater streams are now breeding grounds for parasites and disease, not just the fish themselves. As numbers dwindle, so does the viability of local fishing industries. 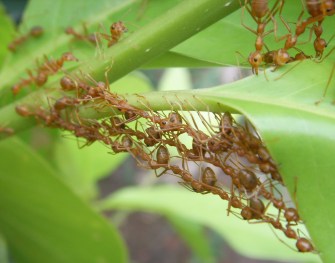 Curbing the spread of invasive species

Invasive species can have devastating effects on ecosystems. Invasive plants can mar landscapes, while invasive animals can devastate local wildlife. Dealing with these unwelcome guests can make life very unpleasant for locals.

Tracking such species from space will help us more effectively cull their numbers. Consider the Florida Everglades. This region currently hosts tens of thousands of Burmese pythons. Since these pythons mate in “breeding aggregations,”5 following females will give authorities the opportunity to eliminate several males per breeding session. This will not only weed out individual pythons from the Everglades, but prevent additional births.

Attaching tracking devices to captive animals can limit the spread of invasive species, too. The release of exotic animals from zoos or buildings housing private collections is a very serious risk, especially in states like Florida, where hurricanes can easily destroy enclosures.6 Technologies like ICARUS can help authorities recover these specimens, regardless of where they roam.

Back to birds. The Audubon Society’sbirds and climate change report estimates that “314 species — nearly half of all North American birds — [are] severely threatened by global warming” and “will lose more than 50 percent of their current climatic range by 2080” [emphasis original]. Such species include the bald eagle, spotted owl, common loon, and rufous hummingbird.

These species perform a wide range of ecological roles, from predators to pollinators to prey. ICARUS data could provide a clear picture of how these mobile species interact in environments that are sometimes spread across international borders. This could aid countries that rely on these birds for biodiversity and healthy environments in coordinating their conservation efforts.

And it is through thisspirit of cooperation that ICARUS may benefit us the most. As Wikelski said1: “We know that only if researchers work together as a global community can we really make big breakthroughs. This was the same in radio astronomy, when we looked at the origin of the universe, in [our analysis of] the human genome, and now we want to analyze life as a whole on planet Earth and therefore we need everybody to contribute to that.”

2. Space-based tracker to give scientists a beyond bird’s-eye-view of wildlife. Yale University Press Release. Phys.org. Published on Aug. 14, 2018. Retrieved on Aug. 14, 2018, from https://phys.org/news/2018-08-space-based-tracker-scientists-beyond-bird-eye-view-wildlife.html.

Related
Sponsored
Want to boost your happiness? Buy experiences, not material possessions
Some experiences even continue to pay dividends time and time again.
High Culture
Did Paul Cézanne hide an early self-portrait underneath a 160-year-old still life?
To answer that question, we may have to figure out when the famed painter started to go bald.
Strange Maps
Dutch government releases a genuine treasure map from WWII, sparking a hunt for the loot
X marks the spot. The Dutch town of Ommeren has been swamped by detectorists armed with shovels looking for $20-million treasure.
Thinking
Creative wisdom from Rick Rubin: embrace your inner gatekeeper
Unlock the full potential of your creativity with “holistic detachment.” This is the way of the editor.
If money doesn’t buy happiness, you’re spending it wrong
These money experts say you can buy happiness. There are some red flags to look out for, though.
▸
7 min
—
with
Lindsay Bryan-Podvin
Up Next
Sex & Relationships
Eating more fish is linked to increased sex and pregnancy, study finds
Couples who had fish more than 8 times a menstrual cycle had a 47% shorter time getting pregnant than those who didn’t, and had 22% more sex than those that didn’t.