Netflix’s gripping original series Stranger Things has many across the country itching for a second season. If you are science-minded or just innately curious, you may be wondering about the science behind this sci-fi/horror’s plot. Could there be such a thing as a parallel dimension? Might we go there?

One problem, according to theoretical physicist Brian Greene of Columbia University, is that the show mixes up other dimensions with multiverse theory. We have a universe with three dimensions and if you include space-time, four. Einstein was the first to say that time and space are interrelated. Some physicists posit that there may be as many as ten dimensions inhabiting other universes, or this one. There may even be more.

If there are other dimensions, perhaps they are too small for us to see or are invisible. Or our brains are not made to perceive them. If they inhabit a parallel universe, we might have to go there to experience these dimensions before we can perceive them. At this stage, it’s almost all theoretical. 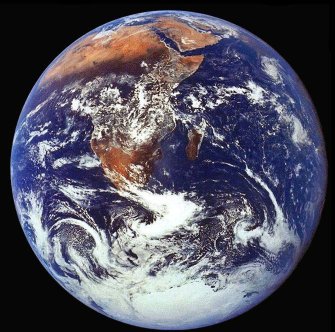 Is there more than one Earth?

So in Stranger Things, characters don’t travel to another dimension but rather another version of Earth in a parallel universe. Hypothetically, this holds true. If space-time goes on forever, it only makes sense that it must repeat itself. After all, particles can only arrange themselves in so many ways. Consider that right now, there may be an infinite number of clones out there of you, in an infinite number of universes. But each one would be slightly different.

The Big Bang occurred 13.7 billion years ago. That means the edge of our observable universe is 13.7 billion light years away. After that, another universe may bump up against it. This is part of the theory of “braneworlds” where multiple universes are layered one atop another like layers of rock. They may not remain parallel, but cross over in places, even overlap. Professor Greene, author of the book Hidden Reality, says that there may be, “..higher dimensional branes that overlap in a three dimensional subspace, and that overlap region might in fact be what we experience as reality.”

Multiverse theory comes from Hugh Everett III, a Princeton postdoctoral student who in 1954 proposed the existence of parallel universes, behaving much like our own, all interconnected. But there are changes from one to another, changes in historical events or even how life on the planet evolved. In one version of Earth perhaps the Axis Powers won World War II, in another dinosaurs still roam the Earth and another still the dodo is thriving. This is all theoretical of course, but possible. 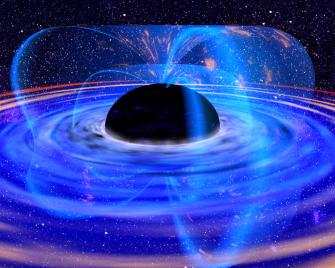 A black hole. It’s theorized that they may be wormholes to parallel universes.

Everett developed his Many-Worlds Theory to try and fill holes in quantum physics, as a way to account for quantum matter’s erratic behavior. For instance, photons which make up light can be observed as both particles and waves. How can this be? Then there’s the Heisenberg Uncertainty Principle, where you can measure for the location of a particle or it’s velocity but not both. There is also the radical Copenhagen interpretation, posited by Danish physicist Niels Bohr, where matter exists not in one but all forms simultaneously, known as superposition.

Bohr’s idea especially influenced, Everett in his development of the multiverse theory. A photon may be a wave in one universe and a particle in another, which explains why quantum matter may be observed in different physical states. If this is true, it could be interpreted as movement taking place across different universes. Once considered speculative at best, an experiment in the 1990’s called quantum suicide showed that Everett’s theory is possible. Since then, several physics properties have been shown to support the multiverse theory. Some fascinating speculations branch off from it.

The theory of daughter universes focuses on probabilities. Here, a new universe splits off with every new action that occurs. Each possible branch accounts for a separate decision and the outcome that followed. Think about the most impactful moments of your life, where you had to make a serious decision. Now consider that whatever other choices were available, another you in another universe followed that path, instead. The more choices you have in a given situation, the more parallel universes are made. One snag, you cannot be aware of your other-world clones, not even upon their death. As far as you will ever know, you are the only you. 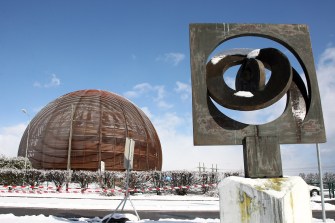 CERN, the largest physics lab in the world. Here physicists smash particles to bits and examine their makeup.

String Theory is a theory posited by American physicist Michio Kaku. This is an alternative to the Many-Worlds Theory. It relies on 11 different dimensions. Here, all matter that exists is made up of strings. Any physical forces that play upon the matter are actually the vibrations of these strings. Gravity and other forces can flow between universes. Unlike the braneworlds theory, in String Theory when they are not parallel, one universe might knock into another, creating a Big Bang, birthing a brand new universe. The one experiment set to prove the possibility ended in disappointment. But String Theory isn’t out of the running yet. After elucidating the Theory of Relativity, Einstein spent the remainder of his life searching for the missing pieces which would explain how all physical processes operate, what physicists now call the, Theory of Everything.

Scientists through experimentation and observation are attempting to reverse engineer our universe, and reaching back inch-by-inch toward the Big Bang. They do so by discovering smaller and ever more elusive particles, and understanding those forces which we know exist better, such as when physicists were recently able to measure gravity. All of these efforts are in hopes of getting closer to a unified Theory of Everything. It could be that there are other universes and that we can travel from one to another. But we must first discover whether or not it is so and what properties they have, before we can discern how best to travel there.

Turn off Your Mind, Relax, and Float. Sensory Deprivation and What It Can Do for You.

You may have heard of a new kind of therapy from your more “new age” friends, “Sensory Deprivation Tanks”. While it sounds like a form of torture that might have […]
Neuropsych