We know the necessary building blocks were all here, but the question of what made life actually happen on earth is one of the most compelling scientific questions there are. Was it a quick freak event in some muck somewhere? Ancient astronauts? God? A NASA scientist now says it may have been an extended barrage of intense solar flares that triggered a planet-warming—and life-supporting—greenhouse effect.

So, really this is two terrible flavors that taste great together, so to speak.

The last major solar flare was the “Carrington event” of 1859, which produced massive worldwide auroral displays and made the telegraph system do some scary things: Aside from delivering shocks to operators, telegraph paper caught fire, and there was enough residual juice in the system to send and receive telegrams even after they shut the network down. Scientists dread finding out what a strong solar flare like that could do to us, so heavily dependent on electronic devices for, well, most everything. 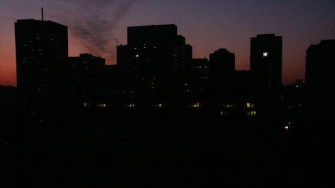 Greenhouse gases? Well, we know about them. They may only end life on earth. Maybe they have the right to. They started it, or so says this research.

That is what new models from NASA’s Vladimir Airapetian suggest. His research was just published in Nature Geoscience, and the theory it proposes solves two long-standing riddles about the early earth: How come the earth was warm enough to have water when the sun was only three-quarters as bright 4 billion years ago, and where on earth did the nitrogen needed for life come from? A greenhouse effect could account for both, but how would that come about? 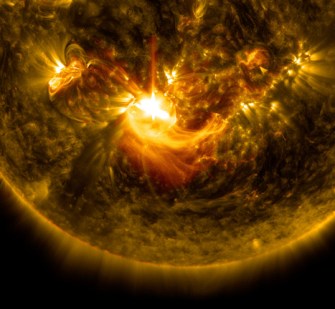 The key to Airapetian’s conclusion is the behavior NASA’s Kepler Space Telescope has been seeing in young baby suns. They’re violently active, erupting in “super flares” that produce jaw-dropping bursts of energy as strong as 100 trillion atomic bombs. Our now-grownup sun was once a baby, too, so Airapsetian’s team developed models that show the effect of such energy bombarding the earth.

The models suggested that the super flares may have compressed the earth’s magnetosphere and broken through at the north and south poles, colliding with inert nitrogen gas, carbon dioxide and methane to produce methane. 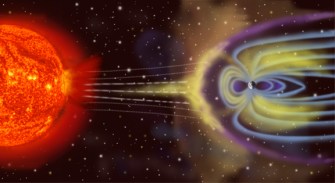 Methane is a greenhouse gas 300 times as potent as CO2, so it would be capable of warming the planet, even with the weaker sun. And the super flares may also have resulted in hydrogen cyanide that could deliver to the earth’s surface the nitrogen required by DNA, RNA and protein—you know, life.

Other scientists, including those at the Earth Life Sciences Institute in Tokyo, are now working with Airapetian’s results to produce models of their own that would hopefully give evidence of amino-acid and RNA production.

The Big Bang is commonly misunderstood, warping our understanding about the Universe’s size and shape.
Up Next
Culture & Religion

For the first time in 130 years, more young adults are living with their parents than with a spouse. Find out why that is and what it could mean for the economy.