There is something fascinating about twins, especially identical ones. Perhaps it’s their rarity. Around one in 80 births in the West are twins, equating to about 100 million people worldwide. It could have something to do with the human preoccupation with symmetry. There is that other-worldly feeling when looking at two identical human beings, particularly in a culture that seems to value individuality above all else.

Another reason identical twins may get more attention is that they seem to have an especially close bond that other siblings don’t often share. There are cases where twins have the same habits, taste in music and dress, favorite foods, pet peeves, and even idiosyncrasies. Some go beyond this. They believe that they can feel what the other is feeling or know what the other is thinking.

There is a myth that identical twins can feel each other’s pain or know each other’s thoughts. Some twins even propagate this belief. Yet, no research has corroborated it. In fact, one British study tested ESP potential among identical twins and found that they were correct about 25% of the time, the same as any other siblings.

There is one particular power though which twins possess, longevity. Fraternal twins live longer than singletons and identical twins longer still.  Male identical twins on average, saw the most benefit. 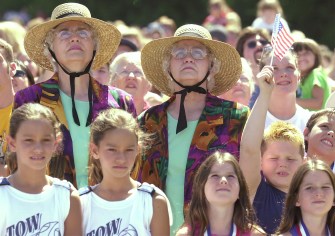 The rarity of twins has inspired many myths about them. Now science if separating myth from fact.

In a study published in the journal PLOS ONE, researchers at the University of Washington in Seattle analyzed the data of nearly 3,000 Danish twins, comparing their lifespans to that of the general population. David Sharrow was the lead author on this study. He and colleagues examined the data of same sex twins, who survived past age 10, born somewhere between 1870 and 1900. This way, researchers could look at their entire lifespans.

Data was culled from the Danish Twin Registry, one of the oldest databases of twins in the world. Two-thirds of them were the fraternal kind and one-third identical. The average Danish female in the years examined lived to about 58 years-old. Fraternal female twins lived to 61 on average. Identical female twins lived to around 63. Researchers accounted for deaths from behavioral causes such as alcoholism and from fatal accidents.

So what was it that made them live longer? It wasn’t superior genes per se, but the social aspect, similar to what is known as the “marriage protection” hypothesis. The idea is that when you have a close relationship with someone, such as a caring spouse, they will be more likely to make sure you eat right, sleep well, and avoid drinking too much alcohol. They may discourage smoking or encourage you to quit, or even cheer you on when you decide to start exercising again.

A 2014 study found that married men tend to live longer than single ones, and were more likely to visit a doctor when something was wrong. One question surrounding that study was whether a happy marriage makes one healthier, or if healthier people have a higher likelihood of getting married. According to Sharrow, since twins cannot choose their sibling, researchers now lean towards the former. 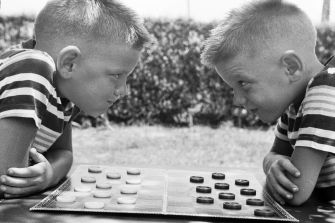 Male identical twins benefitted the most, for a surprising reason.

Besides having the feeling that someone cares about you and looks after you, there are other emotional benefits. A twin has a built in confidant to vent their problems and frustrations to, which can relieve stress and anxiety, and even ease depression. A twin may nurse their sibling back to health during a serious illness, or chip in financially when their sibling is going through dire straits.

The fact that identical twins outlive the fraternal kind was one of the most intriguing aspects of the study. This may be because they share a tighter bond. The reason males benefit the most is because they are more likely to take part in risky behaviors. A twin has a tendency to talk their sibling out of such behaviors. Further research will have to see if this “twin protection effect” occurs in other countries, populations, and periods of time.

So what’s the takeaway? Twin or not, if you want to live a longer, healthier life, develop a strong social network and close relationships. The emotional and physiological impact can not only add years to life, it can enrich those years, filling them with laughter, tears, and love. “Research shows that these kinds of social interactions, or social bonds, are important in lots of settings,” according to Sharrow. “Most people may not have a twin, but as a society we may choose to invest in social bonds as a way to promote health and longevity.” Of course, it works on a personal level, too.

Americans are more willing to put the greater good above their own interests today than in the 1950s.
Up Next
Neuropsych

How Prejudice Differs in People of Higher and Lower Intelligence

Turns out no one is immune to being prejudiced. New research suggests that people of higher and lower cognitive ability are equally inclined, but direct their prejudice towards different social groups.