Stem cell clinics have popped up all over the country, promising vast improvements in serious conditions, and offering patient testimonials to back up their claims. At the same time, these clinics are skating a line, carefully warning that these are anecdotal statements and that such treatment “…is not a cure for any medical condition.” This particular legal statement comes from the website of StemGenex, of La Jolla, Calif., recently the focus of an exposé by the L.A. Times.

Such clinics use direct marketing techniques to approach patients with serious conditions, hinting that an “intervention” will improve symptoms dramatically. Alzheimer’s patients and those who have children with autism are particularly targeted. According to one researcher, who attended an informational session at a clinic, “There were people in the audience suffering from various conditions that made them a fairly vulnerable population.” Some experts wonder whether the dramatic turnarounds patients claim in testimonials is not just the placebo effect or a short-term improvement, which may not last.

Over 500 stem cell clinics have opened their doors across the country with virtually no oversight, according to an FDA hearing in September. This fledgling sector is taking advantage of a regulatory loophole. They offer stem cell therapies which are virtually untested, and make unsubstantiated claims about helping patients overcome disease. Sports stars undergoing stem cell therapy have fueled interest. Angel’s pitchers Andrew Heaney and Garrett Richards, tennis star Rafael Nadal, and quarterback Peyton Manning are among them.

Such clinics use autologous stem cells, the kind that are extracted from the fat of a patient’s abdomen—known as adipose stem cells. Whether or not this particular kind offer any therapeutic benefit at all is something currently under debate. There are some clinics which provide umbilical cord or amniotic stem cells, along with documentation to prove their origin. Yet, the use of these remains controversial. 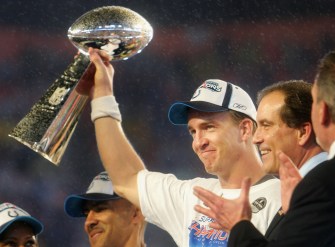 Stem cell therapy among sports stars has increased public interest in such treatments.

Another problem is, clinical trials have not cleared such practices for safety and effectiveness, according to a statement by the International Society for Stem Cell Research. Even so, for these clinics business is booming. Their services cost thousands, tens of thousands, or even $100,000. That’s an out-of-pocket expense. No health insurance company will cover such a procedure.

Meanwhile, stem cell researchers are worried that these clinics might sully legitimate research or therapies in the pipeline. Paul Knoepfler is one such researcher. He hails from the University of California, Davis. He and bioethicist Leigh Turner at the University of Minnesota, conducted a survey last year of “stem cell tourism.” 570 clinics across the US were identified. Some patients even travel to Mexico or the Caribbean to have a stem cell procedure done.

These researchers discovered a confluence of clinics in major cities including New York, L.A., Beverly Hills, and San Antonio, Texas. Knoepfler and Turner found clinics offering other treatments, unrelated to stem cell therapy, yet marketed as such. There was a lack of uniformity among clinics, and experts say that outcomes are often ambiguous. Imagine paying a small fortune for something and not knowing whether or not the treatment helped.

Knoepfler visited an informational seminar at one clinic, which he described in the journal Stem Cells Translational Medicine. He encountered “questionable medical claims,” gleaming testimonials, and an informational packet which included a credit application. Those with Parkinson’s, Autism, M.S., cerebral palsy, and Lou Gehrig’s disease are said to experience incredible improvements, according to the clinic’s literature. One of the claims he found dubious was, “90% of patients had a 50% or better improvement.” 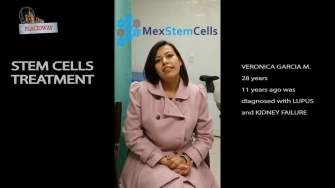 Patient testimonials speak of sparking turnarounds. But experts wonder if this is just the placebo effect.

According to Knoepfler, this is a fledgling science still in the seminal stages. The idea of a simple injection improving one’s condition is an attractive one, especially for those with suffering from a serious medical condition. But at this stage, clinical trials are lacking, hence the absence of FDA approval.

In this case the speed of enterprise has outpaced regulation. The FDA is trying to catch up. It recently clamped down on topical cream distributors who claim to use stem cells in their formula. Some clinics in New York, California, and Miami have also received written warnings. Two so far, one in California and another in New York, have closed down as a result.

Since these clinics aren’t technically using a medical device or drug, the FDA doesn’t have a policy in place to regulate them. The procedure itself has also proven tricky to regulate. It uses the patient’s own cells. Since they don’t come from someone else and aren’t dramatically altered, the procedure isn’t technically considered a transplant. But this loophole allows stem cell clinics to posit unproven claims and rake in the cash, without having to undergo the lengthy and costly clinical trial process.

Cutting out access outright could block some patients from a treatment they may be benefiting from. That’s why the REGROW Act is moving through Congress which would allow some stem cell therapies to move quickly through the clinical trial process.

Yet, the editorial board for the journal Nature argues that doing so could undermine good science and prematurely adopt therapies, without knowing whether or not they work, or are safe. Other experts point out how slow and cumbersome the regulatory process is, and are calling on the FDA to streamline it, so companies don’t have to spend fortunes, and patients suffering on the sidelines can gain quicker access.

From the tiniest subatomic scales to the grandest cosmic ones, solving any of these puzzles could unlock our understanding of the Universe.
Up Next
Technology & Innovation

How Will Tesla Motors Fare Under President Trump?

Under President Trump, the state-level requirements mandating credit from utility companies for excess power sent back to the grid should survive.