The number zero is relatively new. Prior to its introduction in India around the fifth century A.D. — and across the pond in Mayan culture a few hundred years earlier — it existed only as a placeholder, as in the way we tell 1 and 100 apart. But, “That’s not a full zero,” Charles Seife, author of Zero: The Biography of a Dangerous Idea, told Scientific American. “A full zero is a number on its own; it’s the average of –1 and 1.”

Even now, little kids often have trouble understanding 0, grasping it after other numbers, unsure of whether it’s larger or smaller than 1. Research has shown that a number of animals can count, including honeybees. But zero’s something special, and scientists are still trying to figure out who can understand it. So far, it’s just been vertebrates. Now PhD student Scarlett Howard of RMIT University in Melbourne has presented evidence at the Behavior conference in Estoril, Portugal that honeybees get zero, making them the first invertebrates we know of who have this advanced capability.

Since earlier studies have shown that — unlike us — bees learn most efficiently by having both correct behaviors rewarded and wrong behaviors punished, Howard and her colleagues leveraged that insight in a pair of experiments.

In their first, the team sought to teach their bees to recognize the difference between larger and smaller quantities. They set up one platform with fewer objects and a sweet sucrose solution. Another platform had more objects on it, as well as a bad-tasting quinine solution. The bees learned over time to associate fewer objects with getting a reward, and subsequent tests without sweet or bitter solutions found them navigating to a platform that held fewer objects 80% of the time. Even when fewer meant none at all — AKA, zero — the bees still chose it most of the time. 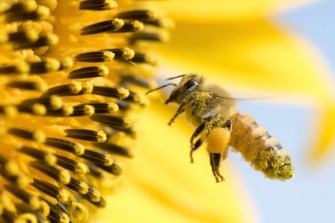 A second experiment was conducted with another set of bees along the same lines, though this time the choice was between a reward platform with no objects and a treat, and a platform with from one to six objects and the quinine. While the bees reliably came to select the zero platform even after the flavor incentives were removed, it took them more time to do so when the number of objects was one, suggesting they had similar issues to young humans in recognizing the difference. But they eventually learned that “no objects” was of less value than one object. 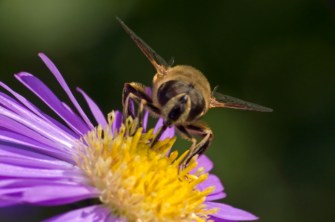 How the little apian mathematicians are doing it is for now something of a mystery. “We still have some things to figure out about why they can do this,” says Howard.

The decline of global poverty is one of the most important achievements in history, but the end of poverty is still very far away.
Up Next