The new year approaches and with it comes our annual habit of self-promises in the form of New Year’s resolutions. Statistically speaking, though, 2019 won’t be your year. While many of us start strong, we tend to flounder come February, and studies cite the failure rate to be anywhere from 80 to 90 percent.

In the face of those odds, many have grown despondent at the idea that a New Year’s resolution can make a difference and choose not to make one. But that doesn’t help much either. A notable study in the Journal of Clinical Psychology, published in 2002, found that New Year’s resolvers — people who actually tried to fix things — reported a higher rate of success in changing a life problem, than “nonresolvers.” Only 4 percent of the latter group managed that feat.

The study noted that the “successful resolvers employed more cognitive-behavioral processes” than the nonresolvers or, as they are more commonly known, “brain hacks.”

The New Year’s resolution is a means to kick start a change in your life, so you’ll need to prime your brain to onboard new ways of doing things. Enter habit making.

In his book The Power of Habit: Why We Do What We Do in Life and Business, journalist Charles Duhigg investigates the neuroscience of habit forming and identifies what he calls the habit loop, a series of three steps that our brain uses to wire habits. The steps are the cue (I just got off work and I’m tired), the routine (I sit down and bust out the rocky road), and the reward (a hit of dopamine from that sweet, sweet ice cream).

So, here’s what studies say is the number one way to start an exercise habit, eat a piece of chocolate after you work out. And what’s amazing about this is that […] you will only eat that piece of chocolate for the first week and a half. You’ll set up a cue, running clothes by your bed or you lace up your shoes before breakfast, something to trigger the behavior. You go on your run or you work out then you come home and eat a piece of chocolate [and] your brain will begin encoding. Your brain will eventually enjoy exercise for exercise sake, right, endorphins and endocannabinoids will create a sense of reward. 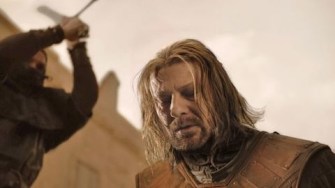 A major reason for the “February Fail” is that people start with large, indefinite goals. They decide, for example, to get healthier. But what qualifies as healthy? Is it getting more sleep? Is it drinking less alcohol or cooking with fewer processed foods?

They don’t know, so navigating their New Year’s resolution is like trying to sail from California to Japan with only the knowledge that you need to move in a westward direction. To help our brains manage the journey, we need to signpost the journey with smaller, SMARTer steps.

Returning to our health example, say you wanted to reduce your alcohol consumption because it’s crept into heavy territory. Instead of making the New Year’s resolution to simply drink less, set a goal to drink no more than two drinks a day for the first month. It’s specific, measurable, time-defined, and more realistic than cutting cold turkey. That’s still a lot, though, so after your first month of success, cut it back to no more than two drinks a day, five days a week. Continue to use SMART goals like this until you’ve mastered the problem you resolved to solve. 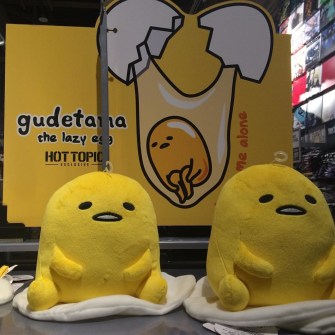 Japan’s Gudetama looks how every perfectionist feels about New Year’s resolutions. Only in egg form. Photo credit: by Arnold Gatilao on Flickr

Since perfectionism requires one to focus on failures and setbacks, the brain hacker’s solution is a growth mindset. A growth mindset understands that abilities and intelligence can be developed and that failure is part of that developing process. By not harping on your mistakes, readjusting, and then retrying, you too can kill your inner perfectionist and cultivate a growth mindset.

As you continue, you’ll inevitably hit the wall of indifference. The resolution that excited you in January may seem stale come March. To break through this wall, keep learning and expanding your repertoire of mental hacks in order to keep the novelty-seeking part of your brain primed.

One study found that an area of the brain called the substantia nigra/ventral tegmental area (SN/VTA for short) responds to novelty more than other forms of stimulus, such as emotional content. The researchers argue that this provides evidence that novelty is a “motivating bonus to explore an environment in the search for reward rather than being a reward itself.”

In other words, novelty can push you to keep on keeping. If your goal is to eat better, reinvest by learning a new recipe when the standards get bland. If you want to keep your exercise momentum, pick a new route to run or learn a new exercise. If you want to read more, branch out into a genre or topic that’s outside your repertoire.

They’re fun, so why not? Well, maybe because they’re often inscrutable.