Ever think you’d see a single atom without staring down the barrel of a microscope? Oxford University physicist David Nadlinger has won the top prize in the fifth annual Engineering and Physical Sciences Research Council’s (EPSRC) national science photography competition for his image ‘Single Atom in an Ion Trap’, which does something incredible: makes a single atom visible to the human eye. 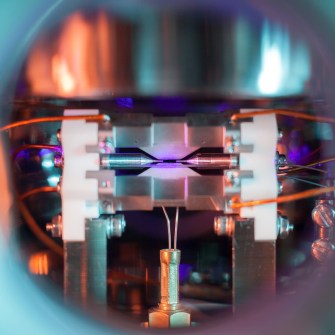 Captured on an ordinary digital camera, the image shows an atom of strontium suspended by electric fields emanating from the metal electrodes of an ion trap—those electrodes are about 2mm apart. Nadlinger shot the photo through the window of the ultra-high vacuum chamber that houses the ion trap, which is used to explore the potential of laser-cooled atomic ions in new applications such as highly accurate atomic clocks and sensors, and quantum computing.

Strontium is a soft, silvery metal that burns in air and reacts with water. It’s best known for giving fireworks and flares their brilliant red glow, and for being one of the key ingredients in ‘glow-in-the-dark’ paints and plastics, as it can absorb light and re-emit it slowly. Which is exactly what happened in this photograph.

In the photo caption, Nadlinger explains: “When illuminated by a laser of the right blue-violet color, the atom absorbs and re-emits light particles sufficiently quickly for an ordinary camera to capture it in a long exposure photograph.” The Strontium atom appears larger than its true size because it was emitting light, and was oscillating slightly, over the course of the long exposure.

Of his inspiration for the winning photo, he says:

“The idea of being able to see a single atom with the naked eye had struck me as a wonderfully direct and visceral bridge between the miniscule quantum world and our macroscopic reality. A back-of-the-envelope calculation showed the numbers to be on my side, and when I set off to the lab with camera and tripods one quiet Sunday afternoon, I was rewarded with this particular picture of a small, pale blue dot.”

Here are some of the other winning images:

1st place Eureka and Discovery: ‘In a kitchen far, far away…’ by Li Shen

The fluid instability patterns on top of a spherical soap bubble in a kitchen sink. The two sides of the image show some of the different physical phenomena studied in the research into how foams form and behave in lubricants and products like drinks. Photo: Li Shen, Imperial College London 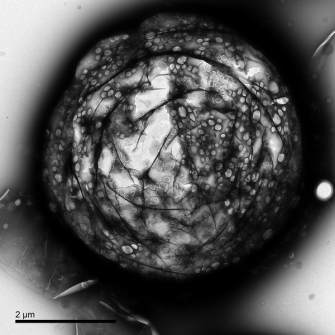 A micron-sized bubble coated with nano-sized liposomes containing a drug. Microbubbles are being explored for therapeutic applications and improve the delivery of drugs to diseased targets such as tumors. Photo: Estelle Beguin, University of Oxford. 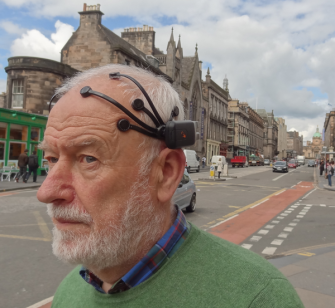 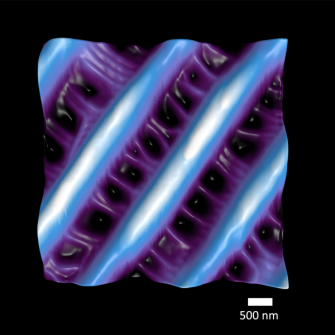 The micrometer-scale structures that cover a butterfly’s wing that trap the Sun’s rays and give rise to an array of dazzling colors. Photo: Bernice Akpinar, Imperial College London

If you’re looking for work, a new study says having fast internet helps.
Up Next
Big Think+

Getting a self-directed learning (SDL) course off the ground is an enormous challenge for many organizations. While SDL empowers employees to make their own decisions and control the direction and […]