Google is closing in on achieving a major quantum computing milestone. 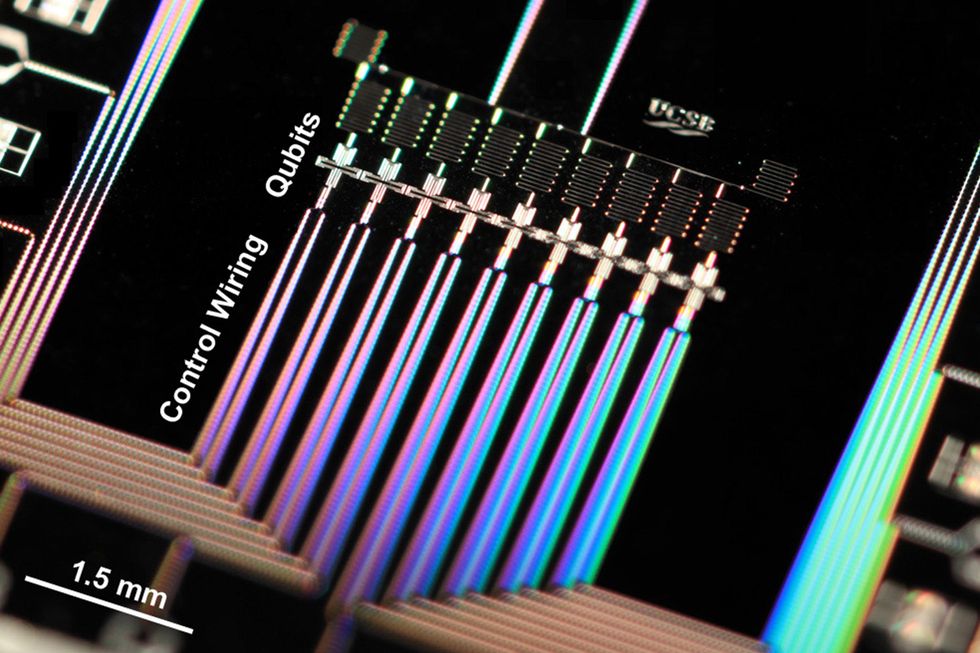 In theory, quantum computers could be vastly superior to regular or “classical” computers in performing certain kinds of tasks, but it’s been hard to build one. Already a leader in this field, Google is now testing its most powerful quantum chip yet, a 20-qubit processor, which the company looks to more than double in power to 49 qubits by the end of 2017.

Google's qubit devices are built on integrated circuits and can perform calculations using the physics of quantum mechanics. Qubits (or quantum bits) are units of quantum information that can be a mix of 0 and 1 at the same time, making them better suited than classical bits for encoding large amounts of data.

Last year, Google actually released a plan on how it will achieve what it called “quantum supremacy” - getting quantum computers to do something the classical computers cannot, like factoring very large numbers. The paper says that if the processors manage to get to 50 qubits, quantum supremacy would be possible.

One big issue for Google to resolve - figuring out how to simulate what randomly arranged quantum circuits would do. Even a small difference in input into such a system would produce extremely different outputs, requiring a great amount of computing power that doesn’t currently exist.

“They’re doing a quantum version of chaos,” is how Simon Devitt from the RIKEN Center for Emergent Matter Science in Japan described Google’s challenge. “The output is essentially random, so you have to compute everything.”

Computational difficulties aside, Google and other companies like IBM are moving along quicker than expected in their development. While they figured out the science necessary to create the qubits, the next challenges lie in scaling down their systems and reducing error rates.

The engineer Alan Ho from Google’s quantum AI lab revealed that his team’s current 20-qubit system has the error measure also known as “two-qubit fidelity” of 99.5%. The goal for the 49-qubit system would be to reach 99.7% fidelity.

It might take until 2027 until we get error-free quantum computers, according to Ho, meaning that usable devices are still some time away.

For more on how quantum computing works, check out this video: