Raise your hand if you’ve been fooled by a weather forecast in the last month. At this point, skepticism is likely built-in: We accept that the weather will surprise. Maybe it’s beyond the reach of technology’s capabilities; maybe it’s just too random. Actually, neither is true. It’s just that U.S. forecasters have both hands tied behind their backs, according to meteorologist Cliff Mass, the subject of a recent profile in New York Times.

European weather forecasting, managed through facilities like the European Center for Medium-Range Weather Forecasts in England, puts our U.S. National Weather Service (NWS) to shame. Especially egregious is the NWS’s track record with big storms and other extreme weather. The Europeans accurately predicted Hurricane Sandy’s destructive path eight days ahead of time while the NWS expected it to peter out harmlessly in the middle of the Atlantic. On September 29, 2016 the National Hurricane Center in Miami announced that Hurricane Matthew was nothing to worry about — just before it exploded into a Category 5 monster that slammed Haiti, killing over 1,000 people before moving on to its 30 mortalities in the U.S. 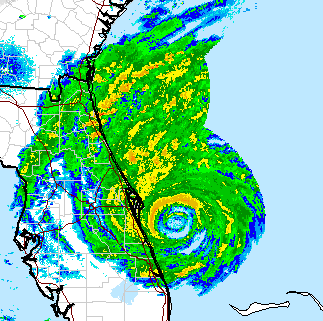 Mass has an informative and sometimes-infuriating blog about weather in which he lays bare our forecasting problems and the frustrating reasons we have them. Though unexpected extreme weather costs billions of dollars in damage and claims lives, the U.S. has shortchanged weather forecasting in funding for years. The U.S. reports storm damage in dollars while many other countries report the number of lives affected. Even so.

This has caused us to fall far behind in the supercomputing power required to take advantage of the latest advances in weather prediction modeling. Weather modeling for the NWS is performed at its National Centers for Environmental Prediction (NCEP). Both the NWS and NCEP are administered by NOAA, the National Oceanic and Atmospheric Administration. 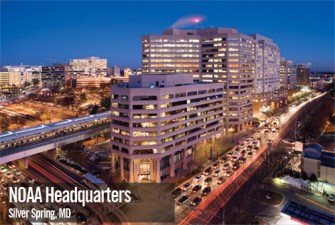 It’s cheaper — and requires less computing power — to be modeling fewer chunks of data from larger areas, and so the data samples the NCEP uses fail to capture smaller, localized events that comprise our larger weather systems. Mass started his own company, the Northwest Regional Modeling Consortium, to provide the NCEP with more targeted data in response to the 80-kilometer samples they had been using: In Washington State, for example, an 80-kilometer sample would treat all of the the weather from 10,000-foot high inland volcanoes down to the Pacific coast as a single thing. It would obviously be more accurate to work with a greater number of more localized high-resolution samples, but that requires more detailed data-gathering and more computing power, and the NCEP doesn’t have it.

The NWS’s deficient hardware also renders the service incapable of performing “ensemble forecasting,” in which one models a half-dozen or so possible scenarios where the variables — say, temperature, for example — or the model’s equations are slightly altered to derive an “ensemble” of forecasts. By comparing these forecasts, common outcomes can be discerned on which more accurate predictions can be based. Ensemble forecasting has a lot to do with why Europe’s weather forecasts are more on-target. 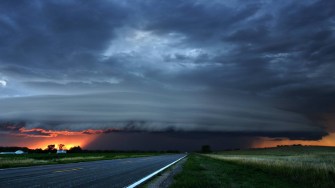 Mass says what’s holding the NWS back is really two things: Lack of money and bureaucracy.

Not only is NWS lacking in the modern hardware it needs, but its funding is so constrained, according to Mass, that it can’t even afford to purchase high-quality data from other sources. Tropospheric Airborne Meteorological Data Reporting, or TAMDAR, uses sensors mounted on planes belonging to regional airlines. They capture data that’s fed then into Panasonic’s global modeling system that outperforms the NWS. The NWS began purchasing TAMDAR data in 2008, but cut back in 2013 due to tight budgeting, causing up to a 50% drop in the accuracy of forecasts according to a NOAA study. (The NWS now buys just a small amount of TAMDAR data.)

As far as bureaucracy goes, Mass cites ““poor organization and poor leadership at NOAA — their efforts are divided into uncoordinated groups, each trying to protect their turf.” Data gathered is poorly assimilated into models, and a lack of coordination leaves innovative approaches developed by NOAA scientists stuck in the research lab, unused, and unavailable to its 122 regional offices around the U.S. 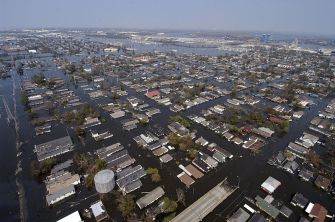 After Katrina (US NAVY)

Given the increase in extreme weather we’re seeing as a result of climate change, it seems obvious that accurate weather forecasting is going to become only more and more important as time goes by. The hour is a bit late to be saying, “Everyone talks about the weather but nobody does anything about it.” It’s time we do.

It’s the very closest stars to us that hold the key to unlocking the possibilities for life in star systems all throughout the Universe.
Up Next
Starts With A Bang

Where does our arrow of time come from?

The history of the Universe and the arrow of time. Image credit: NASA / GSFC.The past is gone, the future not yet here, only the present is now. But why does […]