Our society is faced with a disturbing reality: One in eight people aged 65 and older has Alzheimer’s—a disease that currently has no cure.  Annual costs associated with the disease exceed $172 billion, and the number of unpaid caregivers in the U.S.—friends and family of someone stricken with Alzheimer’s disease—is currently estimated to be 10.9 million people.

In October, Big Think hosted a panel discussion highlighting cutting-edge Alzheimer’s disease research as part of our Breakthroughs series, made possible by Pfizer. This top-level conversation featured back-and-forth exchanges between luminaries in the field, including: 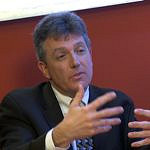 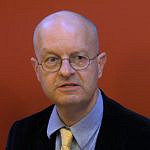 Dr. Leonard Guarente, Director of Glenn Lab for Science of Aging at MIT.  Dr. Guarente is best known for his research on longevity and specifically for uncovering the gene in yeast that governs the organism’s life span. 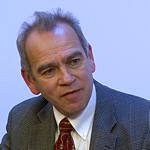 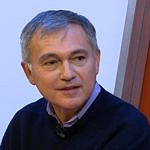 Dr. Ottavio Arancio, Professor of Pathology & Cell Biology at the Columbia University Medical Center.  During the past decade he has pioneered the field of mechanisms of synaptic dysfunction in Alzheimer’s disease. 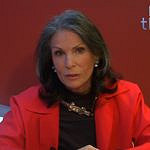 The panel was moderated by Meryl Comer, President of the Geoffrey Beene Foundation Alzheimer’s Initiative.  She has spent the past 16 years as the at-home caregiver for her husband who was diagnosed with early-onset Alzheimer’s at the age of 58.

Over the next four weeks, Big Think will look at the latest thinking and research about the causes and progression of Alzheimer’s disease, using information from this panel discussion to analyze what the latest research is revealing about predisposition to the disease and what might be done to prevent it.

Produced by Big Think and made possible by Pfizer, Breakthroughs is a three-part series that focuses on leading-edge medical research. Two additional installments—one dedicated to autism and another to oncology—will launch in early 2011.

Wow, today sort of came out of the blue and walloped me with business, so I’m only now getting a chance to post a few updates. Good way to start […]