The nearly massless neutrino, and its antimatter partner antineutrinos, are the most common particles in the universe — roughly 65 billion of them pass through one square centimeter of area on earth every second. The word “neutrino,” by the way, was coined by the infamous Enrico Fermi, of the Fermi paradox, in 1934 — it’s actually a pun (“little neutron”) in Italian.

These radioactive subatomic particles are the products of nuclear fusion and nuclear fission, created by stars and supernovae, and occur naturally within the earth. They’re also produced by nuclear reactors.

A group of neutrino physicists and geophysicists from the National Geospatial-Intelligence Agency (NGA), the University of Hawaii, Hawaii Pacific University, the University of Maryland, and Virginia-based Ultralytics, LLC. recently published a map, the Antineutrino Global Map 2015, on Nature.com. It’s a stunning version of our world aglow in these naturally invisible particles. The project supports the NGA’s mission: “Know the Earth…Show the Way…Understand the World.” 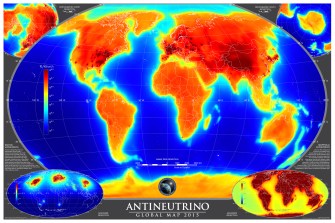 You can view the map at high-resolution, but be patient: it’s big. (NGA)

“The map uses open-source geophysical data sets and publicly available international antineutrino detection observational data [from 2015] to depict varying levels of radioactivity on Earth,” says the NGA’s press release. What we see is a graphic representation of antineutrinos’ “flux” — a measurement of their quantity as they pass through terrestrial materials.

The map is conceptually a stack of six sub-maps, each of which is an “energy bin” that depicts a segment of the entire 0 MeV–11 MeV energy range the final image encompasses. 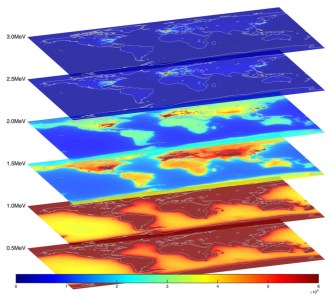 About 99% of the neutrinos and antineutrinos on earth are geophysical, that is, natural. 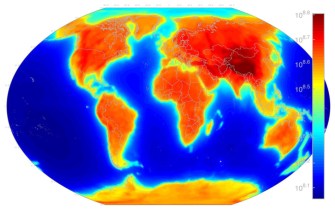 The remaining 1% of our neutrinos are anthropogenic, produced by nuclear reactors. 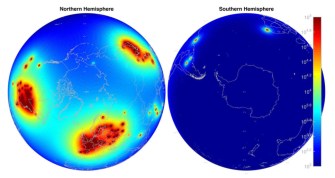 Related
13.8
What kind of intelligence is artificial intelligence?
The initial goal of AI was to create machines that think like humans. But that is not what happened at all.
The Present
What’s effective altruism? A philosopher explains
Some effective altruists “earn to give” — they make as much money as they can and then donate most of it to charities.
Sponsored
How to avoid family fights about money
No family is immune to money conflicts, no matter how much they love each other. Here’s what to look out for.
L&D strategy
Best practices for a needs analysis [Templates included]
Conducting a thorough needs analysis requires care, curiosity, and open-mindedness.
Neuropsych
Memory and the benefits of forgetting
Forgetfulness isn’t always a “glitch” in our memories; it can be a tool to help us make sense of the present and plan for the future.
Up Next
The Present
6 science-backed facial exercises that really do make you look younger
Get out of the way expensive facial creams and treatments.