After then-president George W. Bush phoned Jacques Chirac, his French counterpart had to consult a biblical scholar to make sense of the conversation. 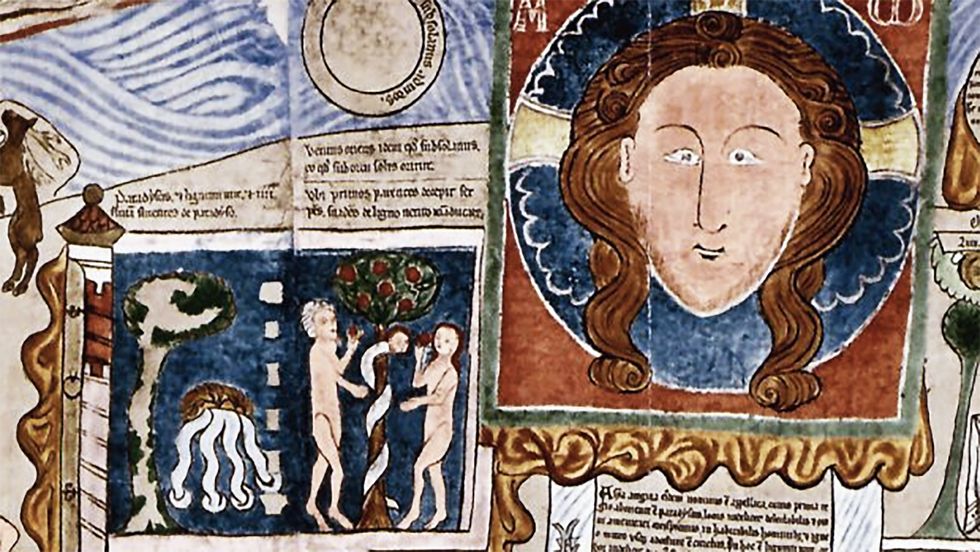 It’s early 2003, and the U.S.-led invasion of Iraq is looming. President George W. Bush is on the phone with his French counterpart. He’s trying to convince Jacques Chirac to join the "coalition of the willing" against Saddam Hussein. But the call is counterproductive.

One of Bush’s arguments in particular rubs Chirac the wrong way. War is inevitable, Bush says, because “prophecy is being fulfilled.” Dubya explicitly refers to Gog and Magog, evil empires from the Old Testament. This sends a chill down the French president’s spine. Is this guy for real?

As soon as he puts down the phone, Chirac orders his staff to produce a report on the Gog, Magog thing, et vite! If the mightiest country on Earth is going to base crucial foreign policy decisions on obscure Bible verses, he needs to know everything about it. A few hours later, the phone rings in the office of Thomas Römer, a theology professor at the University of Lausanne in Switzerland and an expert in the Old Testament...

Sounds too much like a badly-written action thriller to be true? Although the exact wording of the conversation between Bush and Chirac is not known, that call to professor Römer proves it did happen.

"I got a call from the Protestant Federation of France. They asked me if I could write a paper on Gog and Magog for the Elysée (the French presidential palace, ed.)," Römer is quoted in the September 2007 issue of Allez savoir!, the University of Lausanne magazine. "They also told me that it was the U.S. president who had brought up Gog and Magog in a conversation with Chirac on current events in the Middle East. Bush had explained that he saw Gog and Magog at work, and that biblical prophecies were being fulfilled."

For the benefit of Chirac, Römer dutifully penned a page on Gog and Magog: "They occur in Genesis, and in particular in two very obscure chapters in Ezekiel." That’s a particularly baffling book, the theologian says: "It speculates on the future in a cryptic code that is intended for insiders."

The outlines are clear, though: "In chapters 38 and 39, a global army is formed to fight a final battle in Israel. That battle is ordained by God, in order to rid the world of His enemies, and thus herald in a new age." The axis of evil is composed mostly of nations to the north of Israel, and led by Gog. The relation with Magog varies according to which particular translation you prefer. It could be "Gog and Magog," "Gog of Magog," "Gog, the land of Magog," or "Gog, prince of Magog." "These names are difficult to decode", says Römer, "just like Meshech and Tubal, also associated with the coalition, and equally enigmatic."

The mystery surrounding those entities is of course a license for the imagination to run wild. Ronald Reagan, a previous U.S. president also well-versed in the Bible, identified Gog with the Soviet Union (1). More recent biblical literalists, the former president Bush among them, are more likely to identify Gog with Iran, Römer says.

The Swiss theologian prefers to read Ezekiel in the context of its own time. "I think Ezekiel works along the lines of the apocalyptical prophecies in the book of Daniel, which refer to Antioch IV, a great contemporary adversary. Some researchers think Gog refers to Gygos, a king of Anatolia in the 7th century B.C."  Römer thinks the obscure references in Ezekiel reflect the regional turmoil following Alexander the Great’s foray into the Middle East: "The arrival of Hellenism was a culture shock. It probably propelled the locals to develop a chronology and to reflect on the succession of empires, the advent of new powers, and the emergence of a new era."

However, for those with a more literal understanding of the Bible, Ezekiel still reads like a relevant manual for the end times. For the book also describes the rebuilding of the Jewish Temple as a precondition for the return of the Messiah. That site, on the Temple Mount in Jerusalem, is now occupied by the Dome of the Rock (2), one of Islam’s holiest places. Try to build anything else in its place, and what follows will indeed closely resemble the Apocalypse.

Ezekiel is dear to many American Christians, as it provides a Biblical foundation for their proximity to Israel. "Like many others, Bush believes God will stand with Israel in the final showdown, and that Israel’s enemies will therefore be in the camp of the Antichrist. He will support Israel no matter what."

Views like these were totally alien to Chirac. "In fact, this American worldview is completely beyond Europeans in general. If you leave out the religious component of America’s support for Israel, you’re missing something crucial," says Römer.

On his blog, Andrew Engelson connects the Gog/Magog world view with the Erbstorf Mappa Mundi, one of the finest world maps ever made in medieval Europe. Drawn in meticulous detail on 30 sown-together goatskins that measure 12 by 12 feet (13.4 square meters), it is a giant version of the symbolic T and O world map that was à la mode in the Middle Ages (see also #87).

Pressing home the point that the map represents a sacred vision on geography, Christ’s head is at the top (in the east, the direction of Paradise), his feet at the bottom (west) and his hands stretching across Europe to furthest north, and across Africa toward the southernmost point. In other words, the world is contiguous with the Body of Christ.

"The map offers a limited, but richly mythical view of the world. It is a land where Christian doctrine infuses every detail," says Engelson. "The lands beyond the known world are populated by hostile people and monsters to be feared. Remarkably, this landscape is still resonant among certain religious conservatives in 21st century America."

Well, perhaps not all of it. Africa is filled with strange peoples and animals, including crocodile-riding dwarves, mouthless men, giants, and centaurs. In Asia, we find the yale, a strange deer with one horn pointing forward, and another pointing backward. There is the Garden of Eden: near the Ganges, in India (see also #583).

But there, in northern Asia (on the left side of this map), is a rectangular enclosure. It is the residence of Gog and Magog, shown here as cannibals. Medieval legend has it that Alexander the Great closed the Caucasian gate to keep out these apocalyptic invaders. Also known as the Gates of Alexander, this barrier was sometimes identified with the Pass of Darial, sometimes with the gates of the city of Derbent, and also with the Great Wall of Gorgan, to the southeast of the Caspian Sea.

The Erbstorf Map was rediscovered only in 1843, but the modern world only managed to keep it safe for a century. In 1943, it perished during the Allied bombing of Hanover. During that time, American Christians perhaps would have identified Nazi Germany as the Biblical Gog and Magog. Fortunately, colour facsimiles of the Erbstorf Map survive.

Here’s one in fairly great detail, from the map's Wikipedia entry. For Mr. Engelson’s take on the map, go here on his blog, A Lost Salt Atlas. Mr. Römer's story in full (and in French) here in Allez savoir!

(1) In 1971, when still governor of California, Reagan said: "Ezekiel tells us that Gog, the nation that will lead all of the other powers of darkness against Israel, will come out of the north. Biblical scholars have been saying for generations that Gog must be Russia. What other powerful nation is to the north of Israel? None. But it didn't seem to make sense before the Russian revolution, when Russia was a Christian country. Now it does, now that Russia has become Communistic and atheistic, now that Russia has set itself against God. Now it fits the description of Gog perfectly."

(2) and not the Al Aqsa Mosque, as previously stated. Both structures are located on the Temple Mount (or Haram as-Sharif, Arabic for 'noble sanctuary').