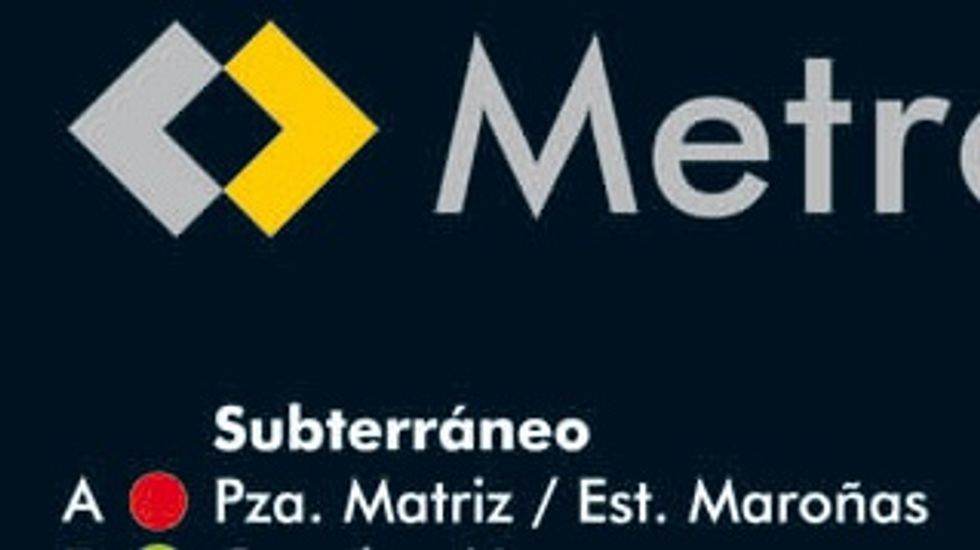 “Today, Montevideo is on a par with the great capitals of the world, like London, Milan and Rio de Janeiro. Finally, Montevideo has its Metro.”

Those words were spoken at the inauguration of the metro system of Montevideo, the capital of the South American country of Uruguay. The metro system now consists of a total of 12 lines, of which only two are actually underground. The Red Line tunnels its way from Plaza Matriz to Maroñas station, while the Green Line subterraneously transports you from Gaucho to Larrañaga. Add to that three tram lines, four urban train lines, and three elevated lines, and you have a full-grown metro network indeed worthy of a world-class city.

Or at least you would, if the Montevideo Metro were real.

The C-line, a circular tramway running rings around Montevideo’s Old Town, seems like a practical and charming idea. But it is no more than an idea. Metro stops named after real Montevidean locations and landmarks like Obelisco, Parque Rodó and Casa de Gobierno sound convincingly genuine. But should you ever find yourself in Montevideo on the Plaza Matriz, you’ll look in vain for the entrance to the Línea Roja.

Like today's Tube map, a direct descendent of the Beck original, the Montevideo metro map is at once easy to read and richly complex, and both chaotic and structured. It seems to say: I'm user-friendly, so I must be some kind of real.

But a close reading of the map reveals a clue to its spoof-like nature, an admission that it is a lie 1. The eastern terminus of urban train line U32 is called Atlántida - the Spanish word for Atlantis, the island that exists only in platonic fable, and in the hazy dreams that a certain type of explorer mistakes for discovery 2.

If you know your Latin American history, the name of the CMM president is a dead giveaway too - with the emphasis on dead. With over 3,000 killed, and more than 4,000 wounded, the Battle of Estero Bellaco (1866) was one of the bloodiest battles in the War of the Triple Alliance (1864-1870). That conflict pitted an Argentine-Uruguayan-Brazilian coalition against Paraguay, eventually decimating that country's population and halving its territory. Like the metro he's inaugurating, Estero Bellaco himself is not really there.

The Montevideo metro is a surrealist project, born out of the frustrating experience that is la uruguayanidad 3. Not only is it the country that Homer Simpson once pointed at, remarking: "This country is called: You Are Gay !" It is also the smallest but one country of South America by size 4 and the smallest but two by population 5.

Of the tiny total of 3.3 million Uruguayans, almost half are Montevideans. But even that million and a half does not a world city make. The Uruguayan capital lacks the critical mass of Buenos Aires, the Argentine capital just across the River Plate 6, three million strong (13 million if you include the metropolitan area). Further north along the coast, sprawling Sao Paulo with its 11 million inhabitants (20 million metro area) is just one of 11 Brazilian cities larger than Montevideo, which doesn't even figure in the Top 25 of South America's largest cities.

In between these urban giants, Montevideo feels - and feels itself to be - rather provincial. Now there is nothing wrong with a bit of provinciality. In fact, with its generally more relaxed pace and more affordable prices, life away from the metropolis has some distinct advantages. But that is fine for la provincia, if you're a capital city, provinciality is an insult. As a capital, you want skyscrapers, the soothing soundtrack of police sirens in the distance, and of course - a metro!

The idea for a Montevideo metro is floated, sunk and resurfaces every so often. The germ of the idea for the next best thing - this map - came to Uruguayan Marco Caltieri during a ten-year stint living in Buenos Aires.

Like so many Uruguayans moving to the Argentine capital, he was fascinated by el Subte 7, the city's metro. An essential accessory for any world city, and one that Montevideo lacked, and envied. But Caltieri's love affair lasted only three months: "The Subte is horrible. It's overcrowded at peak times, service is spotty and often delayed." For the rest of his stay in Buenos Aires, he took the bus.

Caltieri, partner and creative head of an advertising agency, started poking around Uruguay's metro-sized inferiority complex a decade ago by designing posters of a fictitious metropolitan transport system, which sold like hotcakes. The posters were followed by a website, showing among other things trick pictures of metro entrances - this one at Estacion Universidad, for example. Eventually, the project blossomed into a book, 'Metro de Montevideo'.

The project managed to convince some that Montevideo really had a metro. "I even received an email from a Chilean manufacturer of escalators, offering their products", said Caltieri in an interview with the Uruguayan newspaper El Observador.

It's unlikely that Uruguay's national obsession with grandeur will ever find a resolution in an actual, underground metro system.

But maybe Caltieri's fictional network can yet be salvaged to provide Montevideo with something truly unique. "As a city, Montevideo is rather lacking in great attractions. Wouldn't it be cool if we collectively took a shine to the Metro and acted as if it really were there?"

Many thanks to Marco Caltieri for sending in his map. More on the Montevideo Metro website. Previous examples of fictional metros discussed on this blog include the now-famous meta map (#212) showing a worldwide network of cities with urban transit systems (this one also includes Montevideo), ametro map of French wines (#533), and the ghost subway of Rochester, NY (#367).

[1] Which is, in itself, a paradox: if a Cretan tells you all Cretans are liars, is he telling the truth or is he lying?↩

[2] As it so happens, this Atlantis is real: there really is an Estación Atlantída on Montevideo's eastern outskirts. Who's the Cretan now?↩

[4] Only Suriname is smaller.↩

[5] Before, again, Suriname, and its neighbour Guyana. For more on this forgotten - and non-Latin - corner of South America, see this article in the Borderlines series.↩

[7] Short for Subterráneo, i.e. the Underground.↩