Carpatho-Ukraine, Independent For Only 24 Hours

Is there a link between Andy Warhol’s fifteen minutes of fame and the tragicomic history of Carpatho-Ukraine? 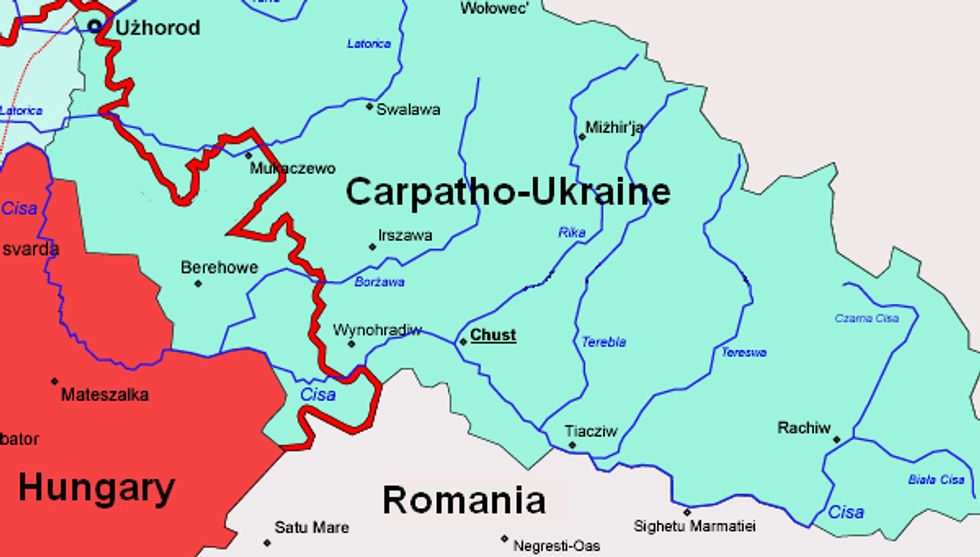 Carpatho-Ukraine’s most famous son is one Andy Warhol, the pop artist who pioneered the concept of ’fifteen minutes of fame’. Could the tragicomic history of his ancestral homeland have inspired him?

For Carpatho-Ukraine must have been the shortest-lived state in history. It existed for a mere 24 hours, declaring its independence from Czechoslovakia on March 15, 1939 and was formally annexed by Hungary one day later. Predominantly inhabited by Ruthenians (Ukrainians), Subcarpathian Ruthenia (or Transcarpathia) came to be the very tail-end of the snake-like post-war construction known as Czechoslovakia after the collapse of the Austro-Hungarian Empire in 1918.

When in 1938 Nazi Germany annexed the Sudetenland parts in the west of the country, thus weakening the integrity of the Czechoslovak state, Transcarpathia (and Slovakia) demanded and got more autonomy. The region renamed itself Carpathian Ruthenia, and in november 1938 changed its name again into Carpatho-Ukraine.

A map of the region, post-Munich but before the breakup of rump-Czechoslovakia.

In that same month, its southern part (and the southern third of Slovakia) were annexed by Hungary, an ally of Nazi Germany. This did not calm the Czechoslovak-Hungarian tensions: between November 2, 1938 and January 12, 1939, 22 border clashes ensued. These clashes, and the ineffectual response of the Czech-dominated state, further encouraged separatism in the Slovak and Ruthenian east of Czechoslovakia. Not satisfied with mere autonomy and encouraged by the Nazis, the Slovaks declared full independence on March 14, 1939. The next day, Hitler had his troops march into Bohemia and Moravia, being the Czech part of Czechoslovakia.

This left Carpatho-Ukraine no other option than to declare its own independence, which occurred on the 15th of March, 1939. First (and only) president of the ‘Republic of Carpatho-Ukraine’ was the reverend Avhustyn Voloshyn. The declaration of independence immediately plunged the new state into anarchy, as irregular troops staged terrorist attacks against the remnants of the Czech army, as well as against pro-Slovak and pro-Hungarian parts of the population.

This, and further border skirmishes, proved sufficient cause for Hungary to invade the region. This happened on the same day as the declaration of independence. One day later, Hungary formally annexed the whole territory. On March 17, the Hungarian troops reached the Polish border. The last resistance was broken the next day.

In 1944, advancing Soviet troops refused Czechoslovak government officials to resume control over the area. In June 1945, a treaty between Czechoslovakia and the Soviet Union stipulated that the area was to become part of the Ukrainian Soviet Socialist Republic, under again another name: the Zakarpathia Oblast.

It is not entirely whether this Oblast corresponds entirely with the independent state of Carpatho-Ukraine, but it’ll be close. In any case, the Oblast’s surface is 12.777 km². In 2004, the Oblast numbered 1,25 million inhabitants. Up until 1993, there was talk of rejoining Czechoslovakia – an option rendered moot after the break-up of that country.

Update: Many thanks to Ian Mansfield for sending in this link to an article in The Economist, giving some extra background to Carpatho-Ukraine. The article contains this map, giving some extra geographical context to the area’s location.