When the zombies come, when the bombs fall, or when biological warfare breaks, where will you go? If you’re a wealthy tech executive in Silicon Valley, odds are it’s New Zealand. 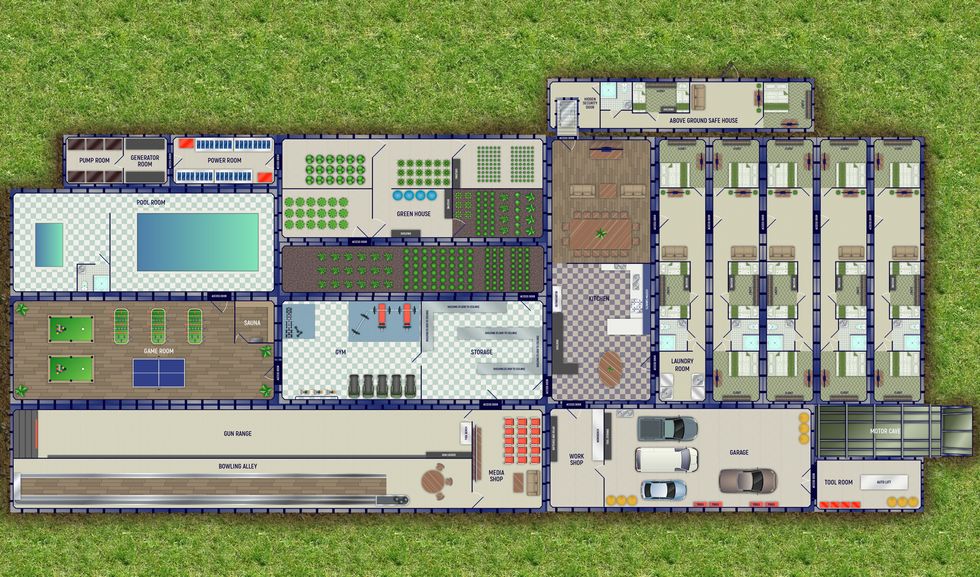 When the zombies come, when the bombs fall, or when biological warfare breaks, where will you go?

In recent years, the island nation of 4.8 million people has become a go-to spot for Americans plotting elaborate and expensive plan Bs in the event of world disaster. It’s an investment that begins to make sense once you reach a certain echelon of wealth.

“It’s known as the last bus stop on the planet before you hit Antarctica,” former Prime Minister John Key told Bloomberg. “We live in a world where some people have extraordinary amounts of wealth and there comes a point at which, when you have so much money, allocating a very tiny amount of that for ‘Plan B’ is not as crazy as it sounds.”

Some wealthy doomsday preppers keep helicopters or private gassed up and ready to go, or go-bags stuffed with gear, gold coins and medicine. Steve Huffman, the co-founder of reddit, told The New Yorker he keeps guns and a motorcycle at the ready. Why? A traffic scene from the movie ‘Deep Impact’.

“Everybody’s trying to get out, and they’re stuck in traffic,” Huffman said. “That scene happened to be filmed near my high school. Every time I drove through that stretch of road, I would think, I need to own a motorcycle because everybody else is screwed.”

More recently, some Silicon Valley doomsday preppers have begun building elaborate bunkers in New Zealand, an island that’s desirable for its lax regulations, remote location and status as a neutral territory in the event of world war.

It’s become something of an industry. Some bunkers are reported to fit 300 people, costing about $35,000 a head. But other bunkers, which are constructed in the U.S. and shipped to New Zealand to be buried secretly, without a trace, can cost up to $8 million.

One deluxe bunker from the manufacturer Rising S. Co, which has recently supplied several Silicon Valley preppers, comes with garden rooms, a games room and a gun range, in addition to bedrooms, bathrooms and kitchens.

But New Zealand might soon be a less viable option for wealthy doomsday preppers. In August, the government passed a law banning the sale of homes to non-residents, meaning anyone looking to ride out Armageddon on the island of 4.8 million people would need to first obtain citizenship.

Not all in Silicon Valley believe it’s worth the effort, however.

“The world is so interconnected now that if anything was to happen, we would all be in pretty bad shape, unfortunately,” Sam Altman, president of Silicon Valley startup incubator Y Combinator, told Bloomberg. “I don’t think you can just run away and try to hide in a corner of the Earth.”