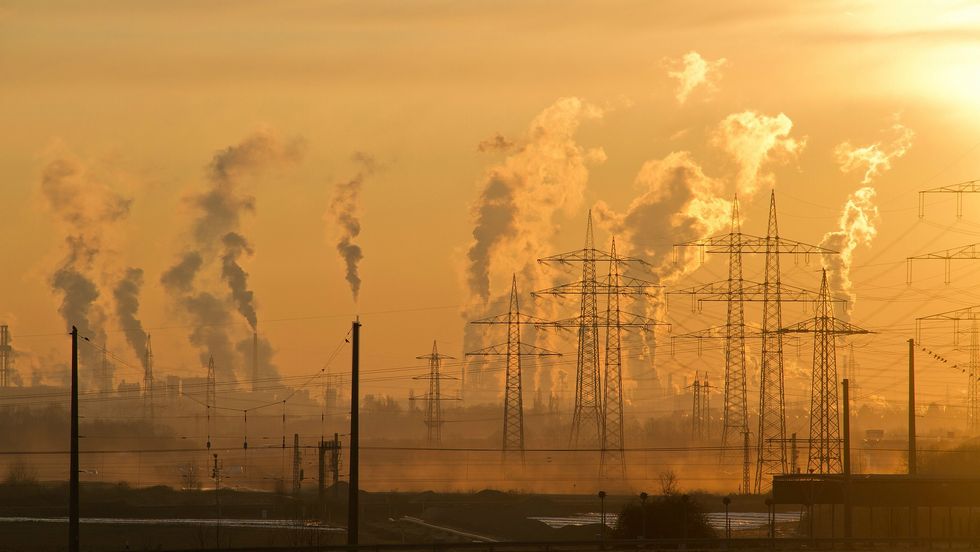 The paper was written by biophysicists with the BIOS Research Unit in Finland who were asked by the U.N. to contribute research for the U.N. Global Sustainable Development Report (GSDR), which will be released in 2019.

It contains some sobering predictions. The team argues that today’s “dominant economic theories” and conceptions of modern capitalism are inadequate because they falsely assume societies will have continued access to cheap energy, like fossil fuels. Also, these theories generally don’t factor in sink costs—meaning costs that can’t be recovered—like climate change, and they fail to account for the potential sociopolitical consequences that could result from continued unchecked consumption and growth.

“Because economies are for the first time in human history shifting to energy sources that are less energy efficient, production of usable energy (exergy) will require more, not less, effort on the part of societies to power both basic and non-basic human activities,” the scientists wrote.

The team called for societies to start thinking about new models of governance and economics.

“It can be safely said that no widely applicable economic models have been developed specifically for the upcoming era,” they wrote, suggesting that the global economy is approaching a new era. “Our focus is on the transition period, the next few decades.”

What needs to be done? The scientists highlighted a few key issues:

Renewables might help alleviate the effects of climate change, but they currently have a low EROI (energy return on investment), meaning it costs more to implement renewables than it does to use fossil fuels. The team predicted it will be “extremely difficult, if not impossible” to meet current or growing levels of energy need in the next few decades with renewables or other low-carbon solutions. Because of this stark reality, “there is considerable pressure to lower total energy use.”

Walking, biking and electrified public transportation should all be emphasized in the world’s cities, the scientists wrote. This will require “changes in city planning” and “in vehicle production, in transport infrastructure such as railways, roads and charging stations, and in energy production and storage,” in addition to reductions in international freight transport and aviation.

Societies should produce more of their own food

Both affluent and developing countries should become more self-sufficient in food production because it will be “too risky to rely on the functioning of only a few main food production areas in the future,” the team wrote, also suggesting that “dairy and meat should make way for largely plant-based diets.”

“The construction industry is currently dominated by concrete and steel, whose manufacturing and other life-cycle processes are very energy-intensive and cause significant climate emissions and other types of waste,” the team wrote. In contrast, long-lasting wood buildings can provide better carbon storage.

Achieving these changes will require unprecedented action, the scientists said.

“Market-based action will not suffice—even with a high carbon price. There must be a comprehensive vision and closely coordinated plans. Otherwise, a rapid system-level transformation toward global sustainability goals is inconceivable.”

The team wrote that each society would have to develop its own solution for navigating the transition into a sustainable economy, however, those changes will probably require government intervention in every case.

“The most likely option for initiating transitions to sustainability would be for a group of progressive states to take the lead. This would require economic thinking that enables large public investment programs on the one hand and strong regulation and environmental caps on the other. In the modern global economy, states are the only actors that have the legitimacy and capacity to fund and organize large-scale transitions.”

The Finland team’s paper comes less than a year after some 15,000 scientists with the Alliance of World Scientists published a ‘Warning to Humanity’ that described various ways in which human activity is eroding the biosphere.

The scientists offered five broad solutions at the time:

1. We must bring environmentally damaging activities under control to restore and protect the integrity of the earth’s systems we depend on. We must, for example, move away from fossil fuels to more benign, inexhaustible energy sources to cut greenhouse gas emissions and the pollution of our air and water. Priority must be given to the development of energy sources matched to third-world needs—small scale and relatively easy to implement. We must halt deforestation, injury to and loss of agricultural land, and the loss of terrestrial and marine plant and animal species.2. We must manage resources crucial to human welfare more effectively. We must give high priority to efficient use of energy, water, and other materials, including expansion of conservation and recycling.3. We must stabilize population. This will be possible only if all nations recognize that it requires improved social and economic conditions, and the adoption of effective, voluntary family planning.4. We must reduce and eventually eliminate poverty. "I believe we absolutely should have such bold goals for our country," says the director of The Earth Institute Jeffrey Sachs. "By 2030 let’s cut the poverty at least by half."5. We must ensure sexual equality, and guarantee women control over their own reproductive decisions. "As women and girls get better educated, they have fewer kids, and the kids they do have more resources so they're better taken care of and they are more successful," says Bill Nye. "So what we want to do, in my world over here in science education, is get women and girls around the world as educated as best we can as fast as we can so that there will be more resources per person in the coming years."