A team of international scientists has pinpointed the cosmic source of a ghostly subatomic particle called a neutrino, marking the beginning of a new era in astronomy. 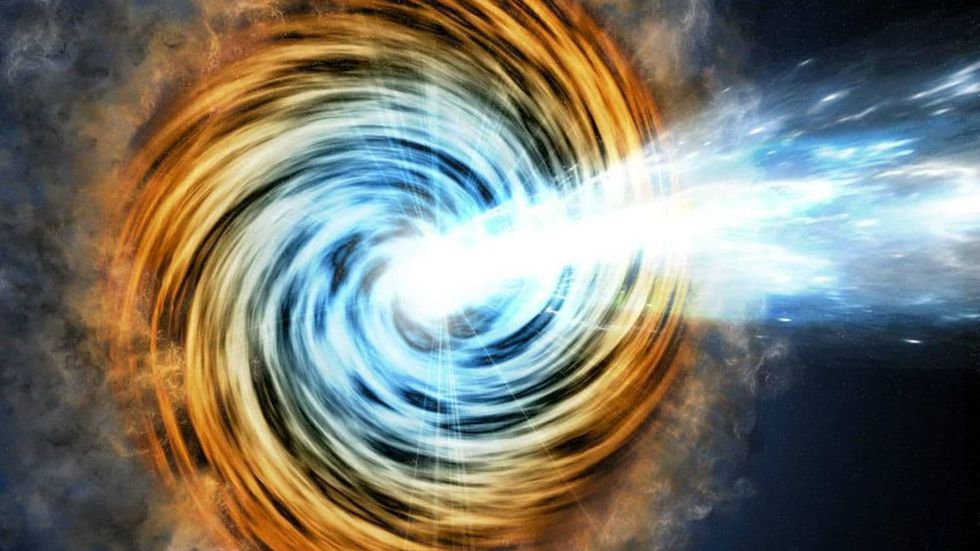 A team of international scientists has pinpointed the cosmic source of a neutrino, a ghostly subatomic particle thought to be produced alongside cosmic rays, in a discovery that marks a new era of astronomy.

The findings, initially recorded in September 2017, were published this week in two papers in the journal Science.

On September 22, 2017, a highly charged neutrino from a distant galaxy tore through Earth’s magnetic field, as billions do every day.

“Neutrinos are very mysterious particles,” Juan Collar, a professor of experimental physics at the University of Chicago, told Live Science. “People call them ‘ghost particles’ because they can go through the Earth without interacting. Of all the particles we know, they are the ones that have the smallest probability of interaction with any other known form of matter.”

But the neutrino that traveled to Earth last September would prove unique. After breaching the planet’s magnetic field, it ripped through the Indian Ocean and, eventually, through a block of ice in Antarctica where it collided with an atomic nucleus. As luck would have it, that reaction occurred in a block of ice that belonged to the IceCube Neutrino Observatory, which had outfitted about one cubic kilometer of ice with 5,160 sensors to search for signs of exactly the type of rare neutrino reaction that took place that fateful day.

The reaction left a trajectory that enabled scientists to determine where the subatomic particle originated. Pinpointing the source of a neutrino would be a major discovery for scientists because neutrinos are thought to be produced by the same forces that emit cosmic rays.

The source of cosmic rays has been a mystery to scientists for more than a century. Every day, these rays bombard Earth's magnetic shield, which deflects them back into space. That's good for us, but it makes it hard for scientists to determine where cosmic rays originate.

“The problem with cosmic rays is that they go out into space and get scrambled,” Erik Blaufuss, a particle astrophysicist who works on IceCube, told The Guardian.

Neutrinos, extremely tiny particles thought to be produced concurrent with cosmic rays, would be the perfect clue in the search for the source of cosmic rays. Unlike cosmic rays, neutrinos travel across space and time virtually undisturbed in a perfectly straight line. As Collar noted, these tiny particles hardly ever interact with matter, even after passing through entire galaxies.

The idea behind the IceCube project was to put in their path as much matter as possible, in the form of a billion tons of ice, and listen closely for a reaction–one strong enough to suggest it was at one point accompanied by cosmic rays.

“Neutrinos are the smoking gun,” Chad Finley, an astroparticle physicist at Stockholm University who worked on the IceCube team, told the Washington Post.

The reaction observed in September 2017 would change everything in the world of neutrino physics.

“It's crazy,” Finley said. “These are particles that seldom interact with anything. That has to be the unluckiest neutrino ever.”

The observatory immediately issued an automatic alert announcing the recording of a high-energy particle reaction. The alert spread across the scientific community, and soon astronomers across the globe pointed telescopes and other instruments toward the upper-left side of the constellation of Orion. There they found its likely source: a blazar galaxy some 3.7 billion light-years from Earth named TXS 0506+056.

Blazars are a unique type of galaxy. Scientists suspect black holes lie at the heart of most galaxies, but some galaxies are believed to revolve around black holes so violent that, in addition to consuming cosmic material with unfathomable force, they emit into space streams of highly charged particles, also known as cosmic rays. When those streams are pointed at Earth, like TXS 0506+056 is, these galaxies are called blazars.

Still, blazars weren’t the prime suspects in the search for the source of cosmic rays.

“It is interesting that there was a general consensus in the astrophysics community that blazars were unlikely to be sources of cosmic rays, and here we are,” IceCube lead scientist Francis Halzen said in a statement. “Now, we have identified at least one source that produces high-energy cosmic rays because it produces cosmic neutrinos.”

After examining past records, the IceCube identified many other neutrino reactions over 150 days in 2014 and 2015 that also seem to have come from TXS 0506+056. The discovery, assuming it’s confirmed, cements the link between cosmic rays and neutrinos.

It also unlocks a new era of “multi-messenger astronomy.”

“The era of multi-messenger astrophysics is here,” said National Science Foundation Director France Córdova. “Each messenger—from electromagnetic radiation, gravitational waves and now neutrinos—gives us a more complete understanding of the universe, and important new insights into the most powerful objects and events in the sky. Such breakthroughs are only possible through a long-term commitment to fundamental research and investment in superb research facilities.”

Ellen Zweibel, a professor of astronomy who works on IceCube, said the discovery opens up new possibilities.

“The universe just talks to us in so many ways, and every time you find a new way of listening, you find something else.”