Starting this fall, public schools in Florida will be required to display the words “In God We Trust” in a noticeable place within each building used by a district. 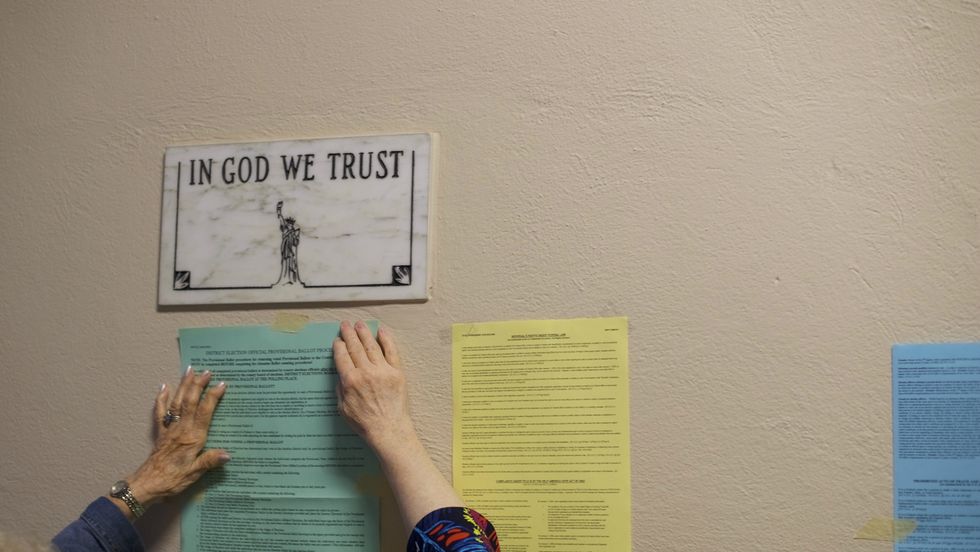 Starting this fall, public schools in Florida will be required to display the words “In God We Trust” in a noticeable place within each building used by a district.

The measure was signed by Gov. Rick Scott in March.

“This motto is inscribed on the halls of this great capitol and inked on our currency, and it should be displayed so that our children will be exposed and educated on this great motto, which is a part of this country’s foundation,” said Rep. Kimberly Daniels, D-Jacksonville, who sponsored the measure. “Something so great should not be hidden.”

“In God We Trust” has been the official motto of the U.S. and Florida since 1956 and 2006, respectively. The motto is also printed on U.S. currency, which has drawn criticism by some who claim it violates the Establishment Clause of the First Amendment.

In June, for instance, the 7th Circuit Court of U.S. Appeals dismissed a case brought by a man who sought to strip the motto from U.S. currency because he said it compelled him to participate in a “submissive ritual” that he didn’t believe in. The court disagreed, writing that “a reasonable observer would not perceive the motto on currency as a religious endorsement.”

One judicial viewpoint that’s helped sustain the constitutionality of “In God We Trust” is accommodationism, which argues that the government can support or endorse religious language and establishments as long as it doesn’t favor one religion over another.

In Florida, the religion that’s being endorsed by the new law is Christianity, arguably.

Daniels, the lawmaker who endorsed the measure and has been a controversial figure in Florida politics, once told a crowd of Christian churchgoers that God had anointed her “to write legislation so that his kingdom could come and manifest itself like never before.”

Five other state legislatures have passed measures requiring public schools to display “In God We Trust” this year, including Alabama, Arizona, Louisiana, Arkansas and Tennessee. The move to push the motto into the public sphere seems to be related to the Congressional Prayer Caucus Foundation’s Project Blitz, a lengthy guide designed to help legislators pass religious-minded laws.

The guide also suggests models for other legislation, including proposals that would define marriage as only between a man and a woman, offer religious exemptions for adoption agencies from serving same-sex couples, and exempt “pharmacists, medical personnel and mental health practitioners from providing care to LGBTQ people, and such matters as abortion and contraception.”

The recent success of religious-minded legislation around the country has drawn criticism from secularists and those who support the separation of church and state.

“It’s a tsunami of Christian national laws in our country right now,” Annie Laurie Gaylord, co-president of the Madison, Wisconsin-based Freedom from Religion Foundation, told the Associated Press. “The upcoming election will say a lot about the direction of our nation ... With the Republicans in charge of Congress and so many of these states, we are seeing a constant push for theocracy.”