If the future is full of VR addicts, should we bring them back to reality?

VR technology shows no signs of slowing down. We need to start asking the question of how we deal with those of us who become addicted to the wonders VR offers. 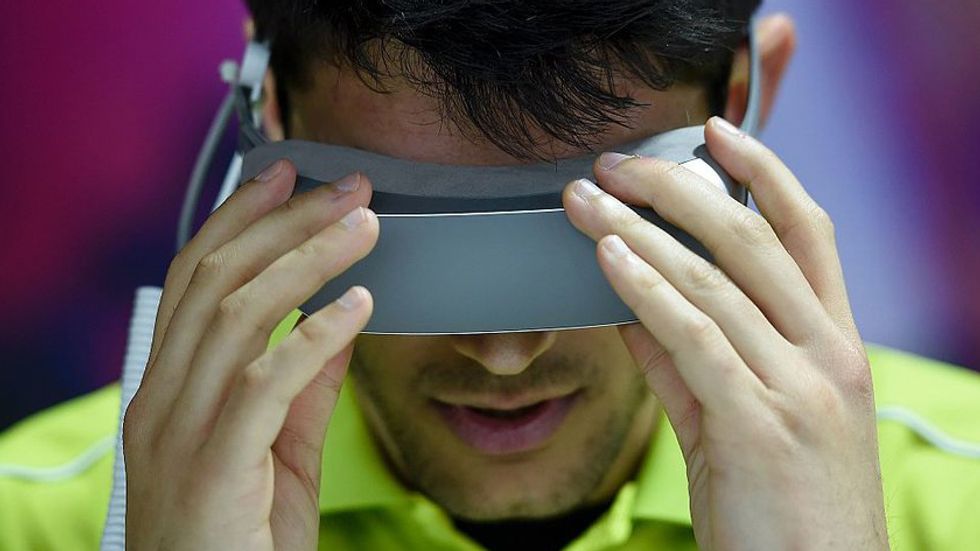 It seems that there are advances in virtual reality (VR) technology on a daily basis. VR versions of popular video games are being released to great acclaim, art installations that utilize VR are increasingly common, and VR films are always a possibility even if they might be further off.

Most tech geeks look forward to the day when a totally immersive VR experience is available. While current devices like the Oculus Rift can have issues, such as causing motion sickness and weighing enough to limit our ability to suspend disbelief, it isn’t inconceivable that these issues will be resolved in the not too distant future. Before we get there, we may want to ask: what happens if people get hooked on virtual life?

What happens if people become addicted to VR experiences?

Today there is the problem of internet addiction and excessive time spent with digital media. A recent CNN report claimed that, "For 8 to 12 year olds, the average time spent using screen media every day was 4 hours and 36 minutes, according to a 2015 Common Sense Media report. Tweens spent an average of 4½ hours per day with screen media and 6 hours with all media, including reading and listening to music." This can be bad, as Jean Twenge, a psychology professor at San Diego State University and author, showed in a recent study: eighth graders who are heavy users of social media are at higher risk of depression.

It must be noted, however, that her research does not prove that social media use causes depression. She only shows that those who do use it excessively are more likely to be depressed. Twenge’s writings even inspired two major shareholders in Apple to write a letter in which they argued that: “It would defy common sense to argue that this level of usage, by children whose brains are still developing, is not having at least some impact, or that the maker of such a powerful product has no role to play in helping parents to ensure it is being used optimally.”

The open letter encouraged Apple to be more thoughtful about the issue. The idea that excessive use of technology might be problematic for young people isn’t new but is increasingly relevant as technology advances and becomes ever more present in our daily lives.

While the vast majority of internet use is harmless, internet addiction is a real thing that can rewire the brain. It is known that the blue light from your smartphone can disrupt your sleep patterns and too much light at night is associated with “some types of cancer, diabetes, heart disease, and obesity.” None of these problems are made easier to solve when you remember that some of our favorite applications are designed to be addictive.

Internet addiction is a different kind of addiction than drug use, but it remains a genuine problem for many people. Currently, addictions to internet use are cured with therapy, behavior management systems, and harm reduction strategies. These solutions could be used with virtual reality addiction just as easily, but would we ever want to wean ourselves off a perfect VR once we get it?

Welcome to the desert of the real

Ideas about a false reality indistinguishable from the real world are more than two thousand years old. However, while Plato and Zhuang Zhou could only speak of dreams when describing a lifelike false reality, the problem of distinguishing reality from fantasy might take on a new and pressing relevance to us as virtual reality technology moves ever closer to perfection.

The problem of improved versions of the things people get addicted to now looms. People today suffer from addictions to internet pornography; how much worse will it be when VR porn becomes not only possible but easily accessed? Many people claim to be addicted to playing online games, and there have been several extremely tragic deaths due to it. Imagine how badly people will have it when the games are totally immersive and have features such as perfectly realistic graphics. While these examples might be questions of scale, as they are the same addictions as people have now, other problems become trickier to solve.

Suppose a person decided they liked a simulated reality better than the real one, would we have to intervene? If the intervention came too late, would we be able to say that this reality was their "real” one any longer? What would it mean for society if a large number of people spent all their free time in a simulated world and only engaged with the real one as was necessary? This idea was explored in the book (and now blockbuster film) Ready Player One. In the story, the world of the 2040s is so dystopian that most people spend as much waking time as possible in a virtual reality game. As was mentioned in a critical review of the film, there seems to be little interest in actually improving the world as a result of this escapism.

While this may be analogous to helping a person who plays too many video games cut back, the problem may be harder to solve when today's technology no longer limits their experience. While the same tools may be used, their effectiveness may be reduced in the face of more enticing experiences.

The questions of how we will handle the problems of addiction and escapism become ever more important as we get closer to the day when inexpensive and near perfect simulated realities become widely available. Until then, try to take a break from the Internet every once in a while and enjoy the wonders of VR—if you can handle the motion sickness.