Are right-wing evangelicals causing the rise in religious 'nones'? 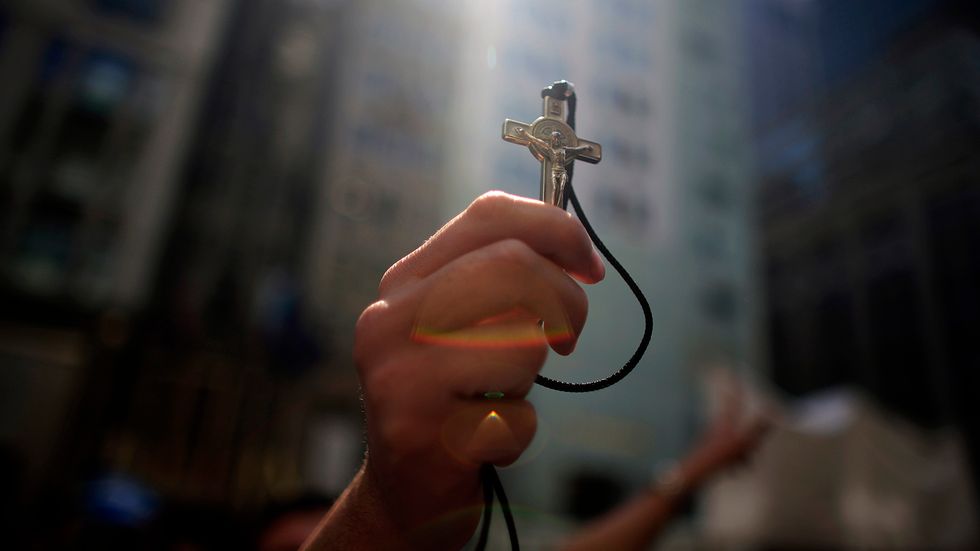 The number of Americans identifying as atheists, agnostics, or as not having any religious preference, collectively known as 'nones', has reached record highs. At the time of writing, a full quarter of Americans claim no religious affiliation. The rise of nonreligious Americans over the last two decades has been rather dramatic, particularly when you recall that between 1950 and 1980 the number held steady at a measly five percent.

Why are Americans beginning to turn away from religion?

A study by Paul A. Djupe, Jacob R. Neiheisel, and Kimberly H. Conger examines the recent spike in the number of non-religious Americans and breaks the statistics down further, giving context to the trend and offering explanations that raise important questions for modern activists.

The research team noticed that the rise of the nones began in 1994, just when the religious Right began to take on greater political prominence in the United States. That rise has been affected by political events and changing views on social issues ever since, with many people moving away from the church as the religious Right achieves political success.

Using information gathered by the Cooperative Congressional Election Study the authors were able to create this map of American nones. The demographic fluctuations of the nones are shown for each state and the District of Columbia from 2006 to 2016.

As you can see, every state saw some increase in the number of nones over that decade. At a glance, the final numbers can appear to be similar for most states. However, there is more to the charts than meets the eye. They then asked a simple question: What was the relationship between the rise of the nones and right-wing Christian political activism in each state?

The results were clear: the greater the political power and success of the Christian Right in each state, the more rapidly the number of nones had risen. A clear example can be seen in the aftermath of the rush to ban same-sex marriage in state constitutions around 2004. Despite the victory, the long-term results were disastrous for organized religion, as the authors explain:

As a result, religion lost somewhere between 2 and 8 percent of the population. By 2010, a ban was in place in twenty-nine states, in which 58 percent of the population lived. These states were more likely to be evangelical and had smaller proportions of nones in them in 2006, but by 2010 that gap between the nones in marriage ban states and those in states with no marriage ban had been cut in half...

The effect was particularly noteworthy in states where both gay rights groups and groups for the Christian Right were politically active, suggesting that it is not only right-wing activism that is causing the decline in religiosity but also the ongoing contention between more moderate factions and the Christian Right.

Could this be a correlation? Does any of the evidence prove that evangelicals are driving people away from religion?

The data shows a strong relationship between the dominance of the Christian Right in a particular state and the rate at which the number of nones increased. “Religious attachments fade in the face of visible Christian Right policy victories,” conclude the authors of this study. Similar studies and surveys have also pointed in the same direction.

One study shows that a third of the religious nones in the study explained that they had left organized religion over gay rights issues, furthering the notion that political differences are directly causing this exodus. Another study by Putnam and Campbell demonstrates that American liberals have grown increasingly secular while American conservatives have become more religious, showing again that our political and religious affairs are becoming intertwined.

The authors suggest that the visibility and activism of the Christian Right cause the public to view all religions as similar to them.  “There is clear evidence that people—probably those without strong relationships with houses of worship—use the Christian Right as a proxy for religion as a whole, and discontinue their religious identities as a result,” said study author Paul Djupe.

Yes, but on the Left.

It was reported by many ministers in the 1950s and '60s that church attendance would decline after clergypeople reported their involvement in anti-war protests. The same phenomenon occurred in cases where clergypeople would integrate the pews, with segregationist members of the congregation fleeing to ministries that had yet to move past the Jim Crow mindset.

It seems that a similar thing is happening to today’s Right, with churches and clergypeople that take up bold stances on social issues running the risk of alienating more moderate members of their congregations. However, unlike in previous cases where the offended churchgoers seem to have just gone to a new church, people today seem more inclined to leave the church entirely. This creates an interesting catch-22, as attempts to make society fall more in line with religious principles cause fewer people to be religious.

As the culture wars rage on it seems that taking bold stances on social issues can have short-term success at the cost of long-term erosion of support, as the example of the gay marriage debate shows us. Will the religious Right alienate moderates in a drive for ideological purity? Or will threat of extinction cause more moderate voices to come to prominence? These are questions all movements have to ask and ones that will have tremendous effects on our future.