This May Be the Oldest Homo Sapiens Ever Found, In a Surprising Place

Researchers may have discovered the oldest homo sapiens yet, in Morocco. 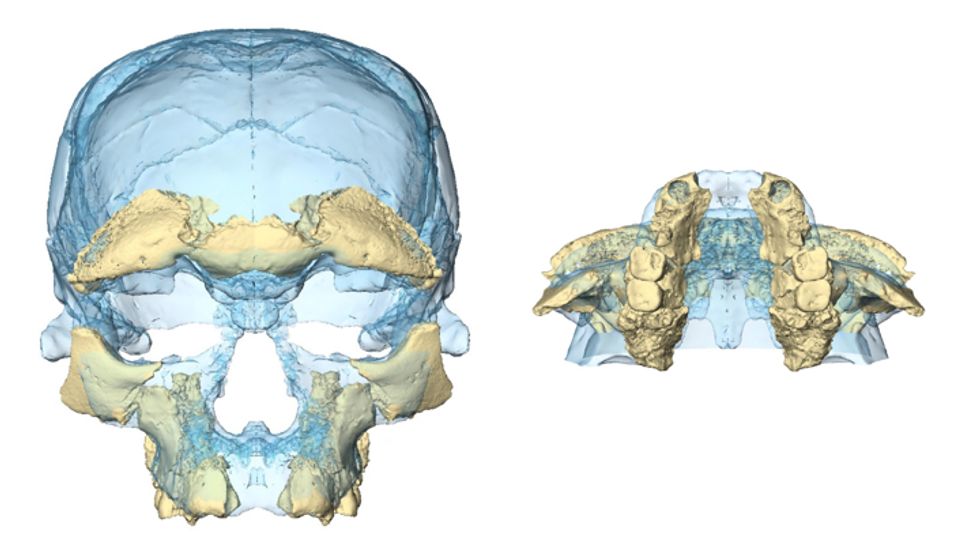 Until this, what we'd thought was that humans first appeared in East Africa about 200,000 years ago. But now, researchers have reported in the June 7 issue of Nature that they've discovered homo sapiens fossils that are much older—over 100,000 years older—and in a surprising place: Jebel Irhoud, Morocco. Taken together, it may be time to rewrite the earliest chapters of human history. Homo sapiens may have not have emerged fully formed from a single area of East Africa. Jebel Irhoud is clear across the continent from Omo Kibish, Ethiopia, the site previously assumed to be the “cradle of humankind."

Jean-Jacques Hublin, an author of the study and a director at the Max Planck Institute for Evolutionary Anthropology in Leipzig, Germany, first became aware of the site near the Atlantic coast of Morocco in the early 1980s. A nearly complete skull had been uncovered in 1961, and what Hublin was first shown was a human lower jawbone that just made no sense. Since then a brain case and tools indicating human habitation have been found at the site. The fossils didn't fit with the belief that early humans emerged from a “'Garden of Eden' that was located most likely in sub-Saharan Africa," as Hublin put it to Nature.

The fossils “looked far too primitive to be anything understandable, so people came up with some weird ideas," guessing they were likely from Neanderthals living in North Africa 40,000 years ago.

It wasn't until the late 2000s, when a team led by archaeological scientist Daniel Richter and archaeologist Shannon McPherron uncovered more tools and 20 new bones from at least five individuals, including a surprisingly complete jaw, that the site and remains were dated to between 280,000 and 350,000 years of age.

Hublin's convinced these individuals were homo sapiens, saying, “It's a face you could cross in the street today," in spite of the fact that teeth are larger than ours and the skulls are elongated by our standards. He finds them a closer facial match to homo sapiens than Neanderthals, homo erectus, or any other archaic hominins.

That elongation is, to Hublin, a sign that homo sapiens' faces developed before their brains had evolved into their current structure. He believes that a range of humans evolved separately across multiple African sites, saying, “What we think is, before 300,000 years ago, there was a dispersal of our species—or at least the most primitive version of our species—throughout Africa." He notes that around this time, much of Africa was savannah and supported similar wildlife that would have enabled relatively painless migrations from place to place.

Other recent research fits Hublin's proposed timing. Mattias Jakobsson at Uppsala University in Sweden sequenced the genome of a South African boy who lived at Ballito Bay roughly 2,000 years ago and found his lineage split off from other homo sapiens groups over 260,000 years ago.

Not all experts are in agreement with Hublin's conclusions. Speaking to Nature, anthropologist Jeffrey Schwartz of the University of Pittsburgh, Pennsylvania, is concerned that too many different-looking fossils may have been lumped together, making the truth hard to sort out. Alison Brooks of The George Washington University in Washington, D.C, tells Science that the individuals from Jebel Irhoud could just be “highly evolved H. heidelbergensis," though they do look like us. Richard Klein of Stanford University in Palo Alto, California agrees: “The main skull looks like something that could be near the root of the H. sapiens lineage." He says he'd consider them “protomodern, not modern."