Your Brain Interprets Prolonged Loneliness as Physical Pain – Why?

Scientists are finding that loneliness has real medical consequences, and the brain sees it as pain. 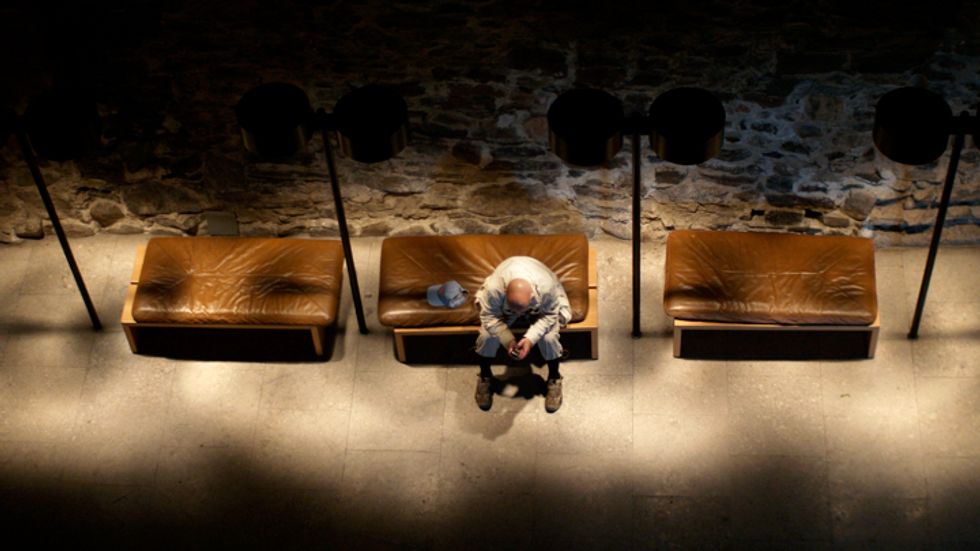 One of humankind’s great advantages has been that we band together to accomplish more than we can on our own. You might expect that our bodies would have evolved in such a way as to promote social interaction, and you’d be right. Studies are revealing that those outside the pack — the lonely — are 25% more likely to die prematurely, according to writer Veronique de Turenne. The chronically lonely wind up with more heart disease, more metastatic cancer, and with higher risks of stroke and neurodegenerative diseases like Alzheimer’s.

Lately scientists have been learning about the biological ramifications of loneliness. Steve Cole is a professor of medicine, psychiatry and biobehavioral sciences at the David Geffen School of Medicine at UCLA, and director of the UCLA Social Genomics Core Laboratory. He’s been working on this at the molecular level since the early 2000s, aided by data from the Human Genome Project. His interest had been triggered by a report on the survival rates of gay men with HIV. It appeared that closeted men died much more quickly than those who had come out. The main discernible difference between the groups was that closeted subjects were more worried about ostracization and rejection.

John Caccioppo of the Center for Cognitive and Social Neuroscience at the University of Chicago, is an expert on the physical effects of social disconnection on cellular mechanisms with a book called Loneliness: Human Nature and the Need for Social Connection. He and Cole teamed up for a study of how gene expression varied between people who were lonely and those who weren’t. According to Cole, “We found the key antiviral response driven by so-called Type 1 interferon molecules was deeply suppressed in the lonely people relative to the non-lonely people.”

In addition — and ominously — Cole and Caccioppo also found “… that there was another block of genes that was not suppressed — in fact, it was greatly activated — and this block of genes was involved in inflammation.” Inflammation can be the engine underlying atherosclerosis, Alzheimer’s, and cancer.

Are people isolated socially being further undermined by their own biology? There are two plausible evolutionary explanations. Cole says, “The best theory is that this pattern of altered immunology is a kind of defensive reaction mounted by your body if it thinks you are going to be wounded in the near-future,” with no one there to protect or help you. Another theory is that if you feel bad, you may be more inclined to seek out others for help. With this notion, the emotional pain of loneliness acts much like a physical pain that tells you something is wrong that needs to be addressed.

In any event, both ideas may have made more sense historically than they do now, and the number of people describing themselves as lonely is growing quickly — Cole refers to it as an “epidemic.”

Part of it is the aging baby boomers who’ve seen their children grow up and move out, and whose friends are dying more frequently due to age. Another factor may be the way “our culture is changing in ways that invite us — in fact, almost require us — to be more lonely and disenfranchised,” according to Cole. Among those is our migration to online relationships that just aren’t individually as powerful due to the lack of personal contact. We text, we don’t call, and our families tend to be far-flung, no longer residing in physical communities together.

Caccioppo tells de Turenne: “The level of toxicity from loneliness is stunning,” offering as an example a surprising ratio: “The mortality rate for air pollution is 5 percent. For loneliness, it’s 25 percent.”

Naomi Eisenberger is associate professor of social psychology at UCLA and director of the Social and Affective Neuroscience Laboratory. She developed an experiment aimed at understanding better why loneliness hurts so much emotionally, and how much like physical pain it really is. Her study involved a simple online game called Cyberball in which connected players played virtual “catch.” In each test, brain scans monitored the reaction of one player who was eventually excluded from play. Eisenberger watched the brain’s reaction. Increased activity occurred in the subject’s dorsal anterior cingulate cortex and the anterior insula, the same two areas that also spring into action in response to physical pain, showing that social isolation doesn’t just feel like it hurts, it actually does on a neurological level.

Over the course of repeated tests, Eisenberger’s team found that different subjects responded in different ways emotionally, and that the difference was reflected in brain activity. Players who reported being upset when ignored showed more activity in these brain areas, and those who shrugged it off showed less.

Eisenberger says, “We think this is why people talk about rejection as literally hurting — because the brain processes emotional and physical pain in similar ways. Because being connected is so important to us as a species, researchers think the attachment system may have piggybacked onto the physical pain system over the course of our evolutionary history, borrowing the pain signal to highlight when we are socially disconnected.”

There was another, very surprising, finding in Eisenberger’s study that reinforced the notion of a connection between loneliness and physical pain: test subjects administered acetaminophen — aspirin — showed less activity in the dorsal anterior cingulate cortex and the anterior insula when they were left out of Cyberball. Aspirin appears to have reduced their emotional pain as it might a headache.

The upshot is that we need to start treating prolonged loneliness as seriously as we do physical illness. Of course, “The challenge is that the solutions are more nuanced and intricate than simply putting a bunch of lonely people together and telling them to connect,” as Cole notes. But it’s worth the effort, whether that means joining a reading group, a spiritual organization, a league, playing cards, or just finding people with similar interests. Having no one to share your experiences with — having no one to care about or who cares about you — can be profoundly disorienting and soul-crushing, and it’s turning out that it’s as bad for the body as it is for the heart.