A teenager finally made relativity and reference frames understandable

A student’s award-winning explanation of relativity and reference frames is the best one yet. 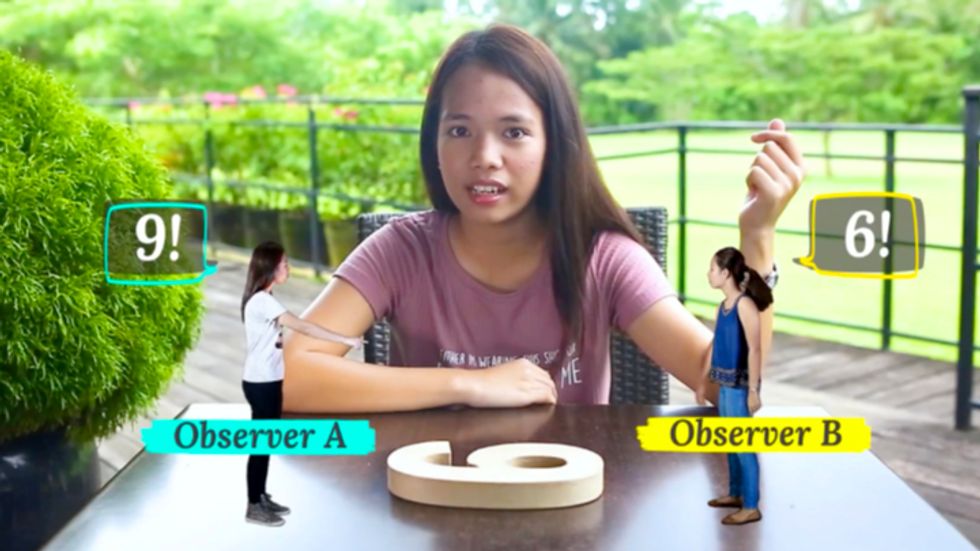 The 12th grader, who's 18, lives in Tacloban City, Philippines, and made the video below as her entry in the Breakthrough Junior Challenge 2017. Spoiler alert: She won. Small wonder. For any of us struggling to wrap our minds around brain-bending relativity, her video explaining how reference frames work is so simple, so clear, and so very welcome.

Such Zen clarity is deceptive: It takes a lot of work. Andales tells Asian Scientist that she went through 20 drafts and about 100 hours of animation and shooting to arrive at the final video. And it doesn't hurt to be brilliant. The teenager, when asked about her plans, says, “Right now, I'm eyeing fundamental or particle physics."