The Electronic Brain? Your Mind Vs. a Computer 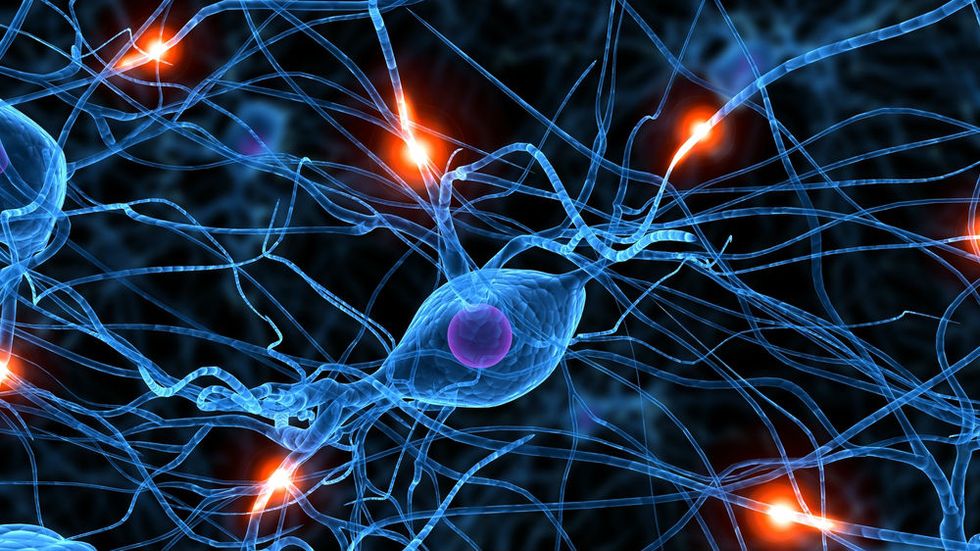 In a 2011 interview, physicist Stephen Hawking declared, "I regard the brain as a computer which will stop working when its components fail." Of course, the brain is not a computer in the literal sense of the word, but the brain-as-computer metaphor is a powerful one. Long before the invention of the PC, people used the word "switchboard" to express the same meaning. And the computational framework is still employed by some contemporary cognitive scientists.

Implicit in the language is the idea that the brain functions as a mechanistic entity complete with "circuits" and “wires” (neural networks). So the metaphor is not just a metaphor; it’s a theory about how the mind works. If the brain is machinery, then it can be programmed and repaired -- though, as Hawking put it bluntly, "There is no heaven or afterlife for broken down computers."

For forty years, symbolic AI researchers labored under this assumption, attempting to pin down and catalogue human knowledge in declarative form in order to build a brain. The project had a few successes. For instance, computers are geniuses when it comes to playing games like chess -- remember Gary Kasparov's famous loss to Deep Blue in 1997? But symbolic AI failed to solve the problem of common sense and procedural knowledge, two fundamental components of human consciousness.

According to Chris Chatham at Developing Intelligence, the brain-computer metaphor has lead to a lot of over-simplification in our thinking about our thinking. "An unfortunate legacy is the tendency to seek out modularity in the brain... the idea that computers require memory has lead some to seek for the 'memory area,' when in fact these distinctions are far more messy." We're now learning that regions cannot be associated with a singular function (i.e. the frontal cortex as "the place where personality occurs").

The brain is not a storage dump, and consciousness is not a place. Synapses are also far more complex than electrical circuits. Neither processing speed nor short term memory capacity are fixed, whereas RAM is.

How close are we, really, to understanding - let alone being able to replicate - the functioning of a human brain? Big Think asked Michael Gazzaniga, a psychologist and one of the leading researchers in cognitive neuroscience.

The question is an interesting one, he says, because it pushes us to separate what we really know from hype, and try to quantify it “in a way that can be instantiated in an artifact.” It’s not impossible to answer, either. The last fifty years have seen an explosion in our understanding of the brain and its intricacies. But it will be a long time before scientists are able to tease out the fine connections that underlie human and computer cognition, says Gazzaniga. “We can barely figure out the C. Elegans, a little worm that has only around five or six hundred neurons."

Human beings, on the other hand, have 13 billion neurons with trillions of possible interactions. Unlike a computer, "our cognitive perceptual functions are part of this parallel and distributed processing system that we have." In a machine, each component is interconnected, but distinct. Consciousness is a holistic phenomenon, occurring simultaneously in the entire brain. “I don’t think we’ve conceptualized yet well enough how the brain gets its job done to abstract all of that activity in our brain into meaningful units to which we can then think about how to move those around to build a brain."

While studying split brain patients, Gazzaniga noticed something interesting: when a split-brain patient wakes up from surgery, he or she is only able to verbally explain everything in the right visual field, because the left visual field information goes to the silent hemisphere. But when asked how they are doing, patients say, "Fine." Everything seems normal to them. "It’s as if the consciousness about that part of the sensory world is tied to the hemisphere that is no longer in touch with the one that’s talking," he explains.

"All the enabling devices that allow for phenomenal conscious experience are closely tied to the areas of the brain or the networks of the brain that are responsible for whatever function it is we’re talking about or conscious about at a particular time. So that’s a different sort of picture and thoughts and the one that sometimes is held that there is a special place where everything — we become — all this processing goes on and then it goes into the consciousness box and then we're aware of it."

But can it ever be understood? Perhaps, he says, pointing out that in 1954, researchers had only a basic understanding of DNA, but that by 2012, the way the gene was conceptualized had evolved along with biotechnological discovery: we now understand that it receives feedback and is involved with many different systems throughout the body.

When it comes to consciousness, cognitive scientists are just now nibbling at the corners. No one’s nailed down the full story yet, and it's impossible to know what the next breakthrough will be -- but it will come as "a big surprise."

Tell us: Do you think we'll ever be able to build a brain?