Your Smartphone May Be Robbing You of Your Best Ideas 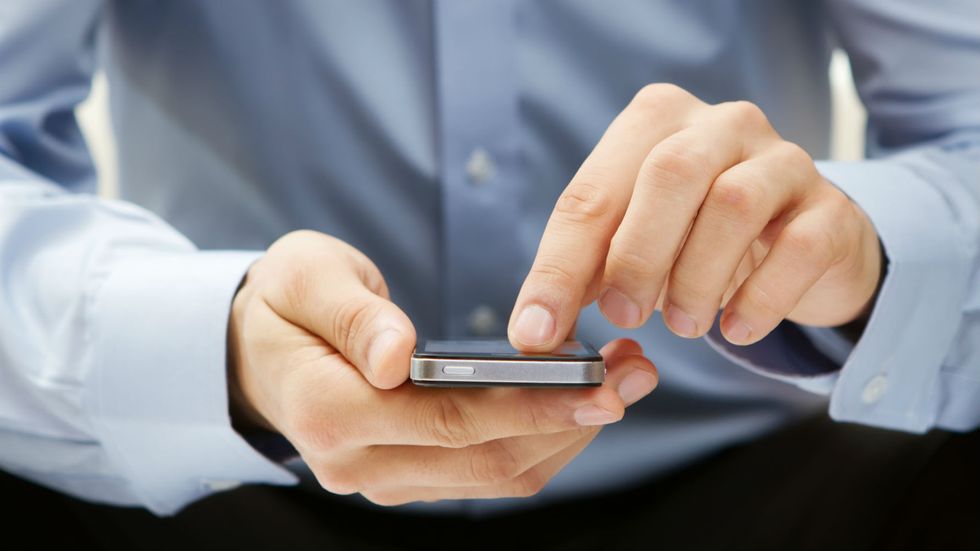 OK, smartphone user (yes, we know that most of you, at this very moment, are now peering down onto a rectangular screen), have you ever wasted time on your phone? Of course you have. Have you gone a day recently without devoting an excessive number of minutes to your phone? Reading Big Think is hardly “wasting time,” and there are plenty of other productive and worthy things to do on your phone. But those minutes add up, and a body of research shows that they may come at a grave cost.

Charles Townes, the Nobel Prize-winning physicist who died last month at the age of 99, credits a stint on a park bench in 1951 with the “epiphany” that led him to invent one of the most ubiquitous technologies of the 20th century: the laser. “On the morning of the last day of a futile meeting in Washington, D.C.,” according to the Los Angeles Times obituary, “Townes sat on a park bench and contemplated the issue.”

"So I took out a piece of paper and just scratched it out," he later said. Ultimately, he concluded, "Hey, this looks like it might work.” Excited, he returned to his hotel room and consulted with physicist Arthur Schawlow, a collaborator and friend who later became his brother-in-law. "I told him about it and he said, 'OK, well, maybe.' And so that's how the idea started," Townes said. "It was like a sudden revelation."

Would Townes have had this epiphany in the age of the smartphone? Maybe instead of spinning through the problem in his head on that bench, an iPhone-toting Townes would have caught a breather from the futility of his meeting by swiping through his email, tweeting or playing Words With Friends. We’ll never know, of course. But if recent research into the value of “mind-wandering” is any indication, the laser beams inside your DVD player and the bar-code scanner at your grocery store may owe their existence to Townes’ few minutes of quiet contemplation on a Washington, D.C. park bench.

In a series of experiments, cognitive psychologist Jonathan Smallwood has found a troubled relationship between distraction and creativity. It turns out that an idle mind is a wandering mind, and the more the mind wanders, the more likely it is to come up with novel ideas. Smallwood calls this experience “perceptual decoupling”: when your mind breaks free from constant attention to immediate perceptions in the here-and-now—like those provided non-stop from bright shiny screens—and goes, well, somewhere else.

The phenomenon is revealed in a study in which subjects “were given a number of everyday objects (such as a brick) and were asked to generate as many uses for them as possible.” After everyone spent a few minutes on this task, the group was divided in four. One group was given a 10-minute rest; a second was asked to perform a relatively challenging task involving working memory; a third had an “easy choice reaction time task” (something like this); while the fourth just “moved on to the next phase of the experiment.” The most creative ideas about how to use the brick came from the third group, the one assigned to the easy, mindless task. The upshot? “[E]ngaging in simple external tasks that allow the mind to wander may facilitate creative problem solving.”

In a recent interview with Manoush Zomorodi of WNYC, Smallwood describes the “close link between originality, novelty, and creativity on the one hand, and the sort of spontaneous thoughts that we generate when our minds are idle.” Zomorodi, host of the show New Tech City, had noticed she was spending hours a day staring at her phone—checking it upwards of 100 times a day—and decided to launch the Bored and Brilliant project, a series of podcasts with a listener-participation component designed “to help you detach from your phone and spend more time thinking creatively.” The week of February 2nd, Bored and Brilliant is issuing daily phone-use-reduction challenges to its subscribers, 84 percent of whom say they spend “too much” or “way too much” time on their phones. You can, if you like, join the 15,000 Bored and Brilliant participants by downloading the Moment app for the iPhone and keeping track of your phone usage. But be forewarned: the app, for me, was an infuriatingly blunt instrument, ringing alarms when you go over a standard quota of 90 minutes per day no matter whether you're playing Candy Crush, listening to music, or navigating with the GPS. It also drains your battery. But signing up for Bored and Brilliant may help you become more thoughtful about how you use your phone, whether you opt to use the app or not. Monday's challenge is to leave your phone in your pocket or bag while in transit to preserve the possibility of creative discovery during your commute. "The smartphone," Smallwood says, "takes away the boredom, but it also denies us a chance to see and learn about where we are in terms of our goals.”

I can relate. I came to the smartphone relatively late in the game, buying my first (and current) iPhone just over two years ago. Increasingly a creature of online journalism, I use the phone all the time to read, write, Facebook, tweet, and correspond with my editors. But I've found recently that I lean on my productivity with the phone as an excuse for also using it unproductively: scanning headlines on The New York Times app when my paper copy is still sheathed in its blue plastic bag, reading friends' Facebook updates while walking down the street, checking e-mail a few dozen more times a day than I need to. One way I counteract the overuse tendency is by doing a once-a-week iPhone cleanse, leaving my phone at home the day I run from work on the Lower East Side to my home in Brooklyn. It's a nice breather to know there is no technology to interrupt my train of thought during down times of the day. I find myself thinking more expansively on these days. I also find myself slowing down and noticing more around me.