How To Be a Polymath

"People as old as 90 who actively acquire new interests that involve learning retain their ability to learn. But if we stop taxing the nucleus basalis, it begins to dry up." 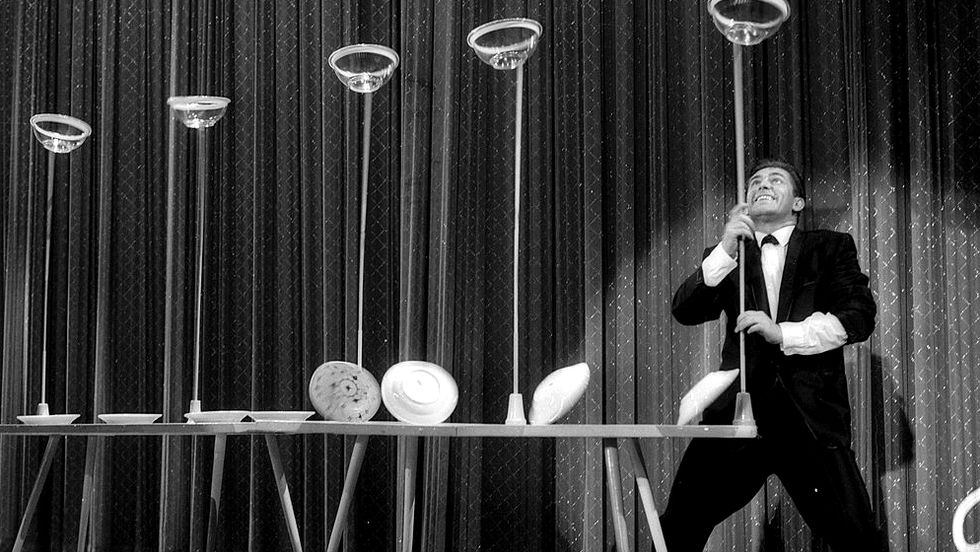 Thinking back on the college recommendations I’ve written over the past few weeks, a pattern leaps up: the most successful students, the ones who are the most lively and engaged in class, the most interesting and most dedicated, are never merely great students. They are also utterly devoted to six other pursuits. This used to puzzle me. How can a kid write such detailed and analytically involved nightly reading journals on Augustine and Dante, schedule meetings with me about multiple drafts of her essays, excel in a Dostoevsky seminar, third-semester Calculus and painting and find the time to edit the school newspaper, run the debate club, take photography classes, volunteer at her city councilman’s office, sing in a band and write prize-winning poetry on the side?

I exaggerate, but only slightly. As humbling as it is to write letters for students like these, it’s also enlightening, and it’s not just about the elite few humans who can handle doing more than one thing well. “Our age reveres the specialist,” writes Robert Twigger, “but humans are natural polymaths, at our best when we turn our minds to many things.” It’s not just the youngsters who can join the polymath party:

So what’s the trick to letting the acetylcholine flow more abundantly? Twigger again:

People as old as 90 who actively acquire new interests that involve learning retain their ability to learn. But if we stop taxing the nucleus basalis, it begins to dry up. In some older people it has been shown to contain no acetylcholine — they have been ‘switched off’ for so long the organ no longer functions. In extreme cases this is considered to be one factor in Alzheimers and other forms of dementia — treated, effectively at first, by artificially raising acetylcholine levels. But simply attempting new things seems to offer health benefits to people who aren’t suffering from Alzheimers. After only short periods of trying, the ability to make new connections develops. And it isn’t just about doing puzzles and crosswords; you really have to try and learn something new.

Trying something new. Hmmmm. What kind of thing? There’s evidence that something as trivial as changing the path you use when you walk home from the subway can rewire your brain for the better. But beyond tweaking your habit trail, there are more meaningful pursuits you might try, or adopt. Two years ago, while on a fellowship that cut my teaching load in half and brought me from New York City to a bucolic liberal arts campus a couple of hours away, I had enough newfound headspace to write a piece for the New York Times and soon thereafter accepted an offer to launch Praxis here at Big Think. I had no idea if I’d be able to keep up the writing while being a dad and a teacher and a runner, but I thought I’d give it a try. The experience has been busy, yes, but manageable, and a few months later I started blogging for The Economist as well. Adding new activities to my plate—not just any activities, but stuff I really enjoyed doing and had some affinity for—seems to have given me a new source of energy, and sometimes when I’m exhausted I’m also, strangely, exhilarated.

Modern capitalist society bears part of the blame for generating generations of “monomaths.” A monomath, in Trigger’s words, is “a person with a narrow mind, a one-track brain, a bore, a super-specialist, an expert with no other interests.” You can’t have a modern economy without some degree of specialization, but taken too far the division of labor turns individuals, in Marx’s words, into automatons, “appendage[s] of the machine.” It’s the price we pay for our species’ relentless progress and ever-increasing gains in productivity:

For as soon as the distribution of labour comes into being, each man has a particular, exclusive sphere of activity, which is forced upon him and from which he cannot escape. He is a hunter, a fisherman, a herdsman, or a critical critic, and must remain so if he does not want to lose his means of livelihood. (from Marx’s German Ideology)

Does this conundrum sound familiar? You can raise your skeptical eyebrows, all my critical critics, about the plausibility or desirability of Marx’s alternative—my students certainly do—but close your eyes and imagine this for a second:

[I]n communist society, where nobody has one exclusive sphere of activity but each can become accomplished in any branch he wishes, society regulates the general production and thus makes it possible for me to do one thing today and another tomorrow, to hunt in the morning, fish in the afternoon, rear cattle in the evening, criticise after dinner, just as I have a mind, without ever becoming hunter, fisherman, herdsman or critic. This fixation of social activity, this consolidation of what we ourselves produce into an objective power above us, growing out of our control, thwarting our expectations, bringing to naught our calculations, is one of the chief factors in historical development up till now.

Few of us can dream of becoming such radical polymaths. (And some of us may consider this extreme de-specialization to be nightmarish.) But it undervalues our lives to willingly enter into mindless ruts. If you’re in a rut, at least be aware of the fact, and let it spur you to take some action. Take that sabbatical, if you are lucky enough to get one. Make stuff. Pursue a new interest. Learn a new language. Stop this, start that. Consider career changes, even if you don’t actually make one. Do something new. Come on, it’s good for you.