“Slacktivism” online is exactly as deep as the paper-thin knowledge and commitment that fuels it. 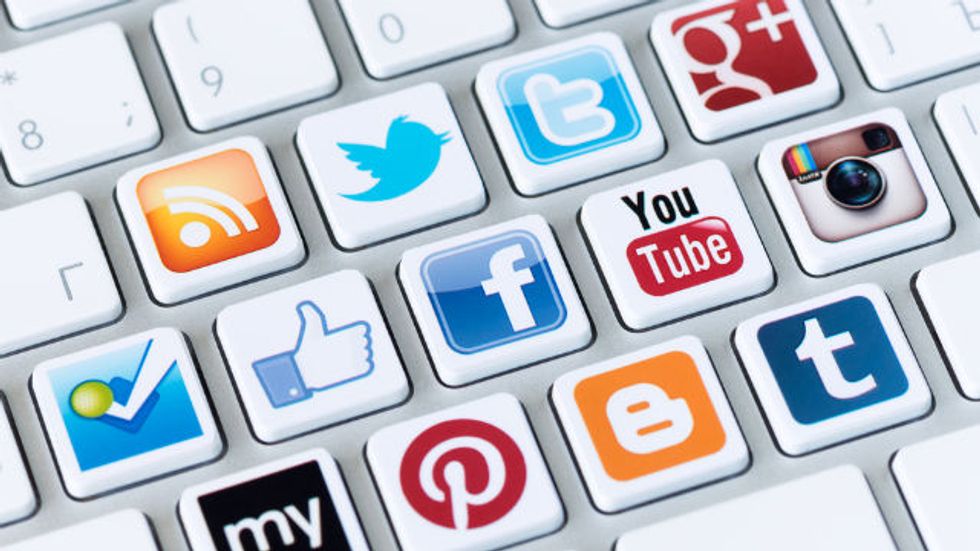 Many of us have fallen victim to it: changing our profile picture to those white equals signs atop a red background because someone said that it meant you support marriage equality, sharing the now-infamous #Kony2012 video that no one ever watched in full, or reposting the Huffington Post article only because the title was too witty and relevant not to.

From warring perspectives on the conflict in Gaza to the now strangely dated hashtag #bringbackourgirls, the viral social issue of the hour floods Twitter, Instagram, and Facebook with content that looks, on the outside, like deeply felt social activism. But for all the pathos running rampant over news feeds and blogging sites, there is little depth to speak of, and virtually no change afoot in the real world. “Slacktivism” online is exactly as deep as the paper-thin knowledge and commitment that fuels it.

Social media might be said to revolutionize political activism, connecting us to like-minded peers in previously inconceivable ways. The hive is easier to stir than ever before. But these technologies have a much darker side. Facebook activism amplifies harmful underpinnings of capitalism. It drastically alters how we conceive of ourselves. And ironically, Facebook does harm to the social causes offline that we champion online. Why? Social media platforms transform social issues into cultural capital: issues become labels of political alignment and lend an appearance of social awareness attached to a digitally curated self. They become a means to the end of social gain, rather than of social change.

Through social media, we engage in personal branding. We cultivate a name and image that we can manipulate for social gain: “likes,” retweets, comments, and shares—rather than real change on the ground—become our primary goal. We choose how we desire to be seen by others and then manipulate that artificial “self” in accord with our known, or desired, audience.

No self-presentation through social media can be fully genuine. The prospect of social rewards always taints that decision-making process. Individuals cultivate their amplified selves on such platforms by sharing a given set of signifiers to attach to their “profile” through the sharing of news articles, the act of ‘liking’ pages, or re-posting other people’s writings. There is a hyper-awareness of our image in the eyes of others; whether consciously or not, our profiles become a self-promoting narrative.

The Perils of "Slacktivism"

And the end-goal of this online “activism” is typically limited to raising awareness. As valuable as it is to widen people’s understanding of the world, no tangible change flows from awareness alone. In addition, many online activist campaigns reveal their true colors when they raise awareness of convenient untruths.

Last year we saw massive numbers of our Facebook friends change their profile pictures to a red equals sign to support marriage equality, which inadvertently served as mass-advertising for the organization that uses the emblem as its logo (with a few color changes from time to time). What these Facebook users might not care to know is that the Human Rights Committee (HRC), the organization behind the logo, has been subject to devastating criticism from the LGBTQ+ community. The HRC, Derrick Clifton writes, represents a “well-off, able-bodied, gender conforming, non-immigrant and white” audience that ignores problems of racial injustice in the LGBTQ+ community and has “a long history of throwing trans people under the bus.” Few users adopting the logo as their own profile picture had any idea they were promoting not only a political position but also a specific (an deeply flawed) organization.

Most people jumping at the chance to use the hashtag #bringbackourgirls had little to no knowledge of the history and politics of the country in which they obliquely advocated foreign intervention. And they no clue that many Nigerians not residing in America are opposed to US intervention due to a history of the negative effects of US foreign aid and meddling there.

These examples of “slacktivist” rebellion from current events are prevalent within social media, especially (but not exclusively) among the liberal class who claim to advocate for social justice. The irony lies in the fact that when the labels of “rebel” enters popular culture and “trendiness,” it becomes conformity. The idea of rebellion becomes another commodified modifier to one’s online self. “Rebellion” acts as a signifier to denote a sense of global awareness and a self-directed, educated position within the subject matter. Despite the appearance of rebellion in this public display of a seemingly more radical opinion, the individual is doing just the opposite. We are always keenly aware of our audience; often that audience is one of similar opinion, as that audience is comprised of “friends” or “followers.”

Individuals craft their public selves and accompanying opinions to obtain social reward from a positive response from their followship. Social issues and critique become buzzwords or clickbait. They function as modifiers for that online public self, and lose their rebellious force. Those issues become objects used to accumulate cultural capital in exchange for social reward. In this process it becomes apparent that both the public self and the social issues become commodified to achieve an end reward that’s external to the function and existence of the commodity.

This isn’t to say that all that happens on these platforms is negative. With this new form of media and communication, there are many liberating and redeeming qualities that arise from these platforms, including the newfound ability to bridge conversational gaps and the opportunity for a larger number of people to engage in a conversation and disseminate knowledge and opinions relatively freely. Social media is fast, easy, cheap and, in one sense, democratic.

But there is the corrupting matter of money. Facebook shareholders’ bottom line is not how much social change the site inspires. No, social media sites are profit-maximizing corporations, as all those ads and “sponsored” content in our newsfeeds remind us. Social media sites, and even some social movements, should not be misunderstood as fully public. There is censorship involved, either by internal community policing or external policing from the platform to ensure a profit, making sure that voices are in line with an ideology that benefits themselves. In addition, it requires a critical eye both in terms of what we consume and what we put out because anything displayed on social media platforms is going to be mass-consumed. We must be aware of the way we, consciously or subconsciously, manipulate how we are portrayed such that it does not serve to hinder and devalue issues that require selflessness.

We must also foster awareness for the way these platforms we engage with have profit-based agendas of their own. A blind progression into social media activism is extremely harmful. This new medium is greatly influenced by hegemonic structures that surround it and ought to be the target of critique rather than the foundation of dissemination.

This is not a call to block off social media as an outlet for exchange. Instead, this newfound presence of hijacking the pressing issues of our time for our own personal gain requires of us to reevaluate how we get involved and participate in this new form of interaction. It’s a call to think more critically about the way information is exchanged and portrayed and to redirect activism in a direction that remains truer to its cause.

Rebecca Teich is a recent graduate of Bard High School Early College where she received both an Associate of Arts degree from Bard College and a New York High School Regents Diploma. She will be attending Columbia University in the fall where she intends to pursue studies in English and Philosophy.