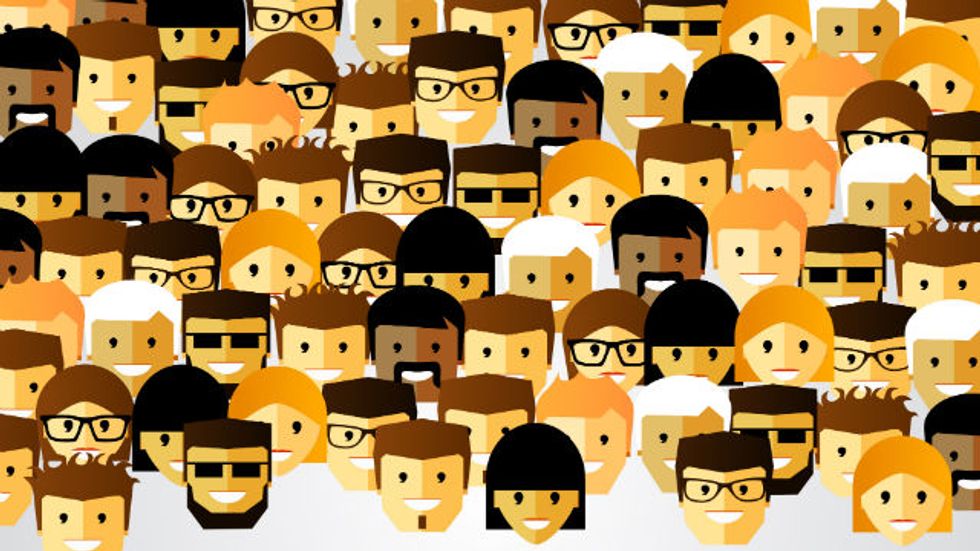 The average Facebook user now has about 338 friends, though the median number is quite a bit lower: 200. This means that while half of all Facebook users have 200 or fewer friends, many of the billion-plus Facebookers have quite a few more. In fact, 15 percent of users have friend lists topping 500. That’s a lot of virtual acquaintances, but consider that Facebook lets you keep piling on the friends until you hit a ceiling of 5000—about the population of Milton, Wisconsin.

For most of us, 5000 Facebook friends will sound like way too many. But where is the tipping point? According to Robin Dunbar, an Oxford University anthropologist who studies social networks, any grouping larger than about 150 starts to strain the cognitive capacity of the human brain. Basing this figure (dubbed “Dunbar’s Number” in the 1990s) on research into the brains and social habits of primates, Dunbar argues that we cannot effectively manage relationships with many hundreds of people. This goes for real-world friends as well as online relations:

"The interesting thing is that you can have 1,500 friends, but when you actually look at traffic on sites, you see people maintain the same inner circle of around 150 people that we observe in the real world," Dunbar told the London-based Sunday Times. "People obviously like the kudos of having hundreds of friends but the reality is that they're unlikely to be bigger than anyone else's."

This finding suggests that it doesn’t really matter how many friends you accept into your online communities: the number of people you actually interact with will stay constant. The phenomenon is a bit like having three dozen sweaters in your closet: chances are you probably have a half-dozen favorites that see the most daylight. But too many friends, like too many sweaters, can clutter up your life. Extraneous clothing takes up space in your bureau and extraneous friends clog your newsfeed. It may not seem like a major problem to encounter the odd kitten photo from a high-school friend you don’t quite remember when you log on to Facebook, but add up all those irrelevant kitten posts over number of friends and time spent hitting the down-arrow on your keyboard, and you start to see how your brain may be bombarded with tons of irrelevant information.

For Maria Konnikova, writing at the New Yorker, there may be a more significant downside:

With social media, we can easily keep up with the lives and interests of far more than a hundred and fifty people. But without investing the face-to-face time, we lack deeper connections to them, and the time we invest in superficial relationships comes at the expense of more profound ones. We may widen our network to two, three, or four hundred people that we see as friends, not just acquaintances, but keeping up an actual friendship requires resources. “The amount of social capital you have is pretty fixed,” Dunbar said. “It involves time investment. If you garner connections with more people, you end up distributing your fixed amount of social capital more thinly so the average capital per person is lower.” If we’re busy putting in the effort, however minimal, to “like” and comment and interact with an ever-widening network, we have less time and capacity left for our closer groups.

Konnikova notes Dunbar’s estimate that “we spend sixty per cent of our time” with close circles of friends and spend forty percent with our wider sphere of 150. “Social networks may be growing our base, and, in the process, reversing that balance,” she writes.

Is Facebook messing with our intimacy balance, as Konnikova suggests? If the site is taking us away from meaningful relationships with our family and closest friends and thrusting us into hours of diddling in an online “community” not worthy of the name, we really do have something to worry about. Some Facebook users may be trading face-to-face time for face-to-screen time, depriving themselves of the benefits of real human interaction: talking, touching, simply being with friends and loved ones.

I think these worries are a bit overblown. Yes, the digital age has probably pushed us too far toward interaction with devices. Yes, family dinners and walks in nature should be gadget-free zones to give people a chance to escape the pings and glare of our smartphones. But Facebook is not the only culprit drawing us to leer downward at the smartphone screen. Email is almost certainly the biggest one, haunting us day and night. (Clive Thompson has one interesting proposal to ease that burden.) General web browsing is another.

And Facebook is arguably the best place one might turn while thumbing around on a little screen, if you use it smartly. Think about it: the social networking site is useful in tons of ways that go well beyond scrolling through kitten or omelette photos. First, of course, Facebook lets you “like” a page—Big Think or The Economist, for example, or the American Civil Liberties Union. This means you’ll get updates in your newsfeed whenever these sites share a post or article. It’s (almost) like subscribing to a magazine or joining a social organization. Second, you can form your own groups and then communicate easily and seamlessly with a class or a bowling league or circles of cousins planning a family reunion. That makes communication with intimates easy and efficient (and much more effective than group emails and “reply to all”); these groups can facilitate better and more frequent face-to-face interactions in the real world. And yes, you can keep in some kind of touch with friends from many disparate moments and places in your life: the high school friend in Seattle and the grad school friend in Hattiesburg, the fellow traveler you met once in Switzerland and the former student teaching English in Costa Rica. You might not have the neural bandwith to do justice to all these online relationships, and you would be doing some violence to relationships with your family and face-to-face connections if you were to try, but when you want or need to make a connection, the conduit is right there waiting for you.

In the end, I'm not convinced that my in-person relationships are doomed by my 1100+ Facebook friends. Nor am I worried that my brain is overly taxed by having ten times the number of virtual contacts that the Dunbar Number specifies. Facebook isn't really a community, so it doesn't compete in a zero-sum game with church or school, family or grass-roots organization. Facebook is, more than anything, a series of resources to help organize and promote real-world social circles. So I'd say pile on the virtual friends, if you like. Just don't try to keep tabs on all of them all at once.