The percentage of women experiencing intimate partner violence increased overall throughout the period of the Great Recession (2007-2009), and the results are even more bleak for families that went through personal experiences of financial stress. The researchers were tipped off to look into the correlation by similar trends happening during the 1930s Great Depression.

The core of the issue seems to be rooted in control. The study looked mainly at male-on-female patterns of abuse, and saw that as men lost control over their financial situations (whether employed or unemployed), or saw the overall economic environment as unstable, they became more likely to assert power over their female partners. 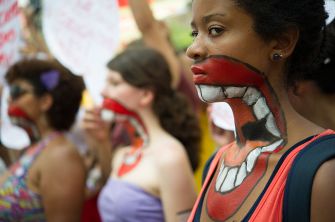 The study connecting domestic violence to economic downturns isn’t the first to show a correlation between external events and intrafamily dynamics. High-stakes soccer games happening, such as the World Cup are also correlated with higher rates of abuse. As such, England has in the past thought through strategies for trying to intervene before it’s too late.

Knowing that domestic violence becomes a greater possibility during economic downturns and other external events is a scary thing. The Centers for Disease Control and Prevention (CDC) is doing research to find out what kinds of strategies can help prevent such violence from occurring. One solution that’s arisen so far is to teach youth from the beginning how to have healthy and communicative relationships. Problem solving skills are important to prevention as well.

Other resources focus on how policies can be improved to protect those who do experience domestic violence. For instance, homeless shelters and other safe havens could help those fleeing violence have a place to go, and better communication between sectors of the government meant to handle such a situation could go a long ways too.

Albert Einstein played a mean violin.
Up Next
Culture & Religion

Why Do Interracial Friendships Start Declining Early in Life?

Diverse friendships matter to our well-being as a society, but they start decreasing at quite an early age.