Whether Jesus had any siblings is an old debate within Christianity. A number of passages in the New Testament have been stoking this speculation for almost two thousand years. The Gospel of Mark mentions Jesus having brothers and sisters, while the Gospel of Matthew talks about his “brothers” James, Joseph, Simon and Judas. Are these references more figurative than literal, meaning these are just spiritual brothers? An incredible recent find of an ancient text just put James back in the spotlight of this controversial mystery.

For Catholics, the perpetual virginity of Mary means she did not give birth to other children after Jesus. So there’s no question of there being biological brothers to Jesus, although some Catholic scholars can see Jesus having cousins – a position supported by St. Jerome in the fourth century.

Another saint who lived around the same time, Epiphanius, the bishop of Salamis, argued that Joseph had children from a previous marriage, which would make them Jesus’s step-siblings.

Many Protestant churches, on the other hand, are open to Mary having other children, with Jesus being the oldest. Ben Witherington III, professor of New Testament Interpretation at Asbury Theological Seminary, thinks that James and Jesus were full brothers.

In late 2017, scholars announced the discovery an original Greek copy of a heretical Christian manuscript that tells the story of what Jesus secretly taught his “brother” James – also known as “James the Just”, an early leader of the Church. 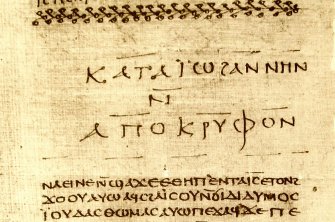 A page of Coptic writing from the Nag Hammadi codex. Credit: Oxford University.

Several fragments from the “First Apocalypse of James” were identified by the biblical researchers Geoffrey Smith and Brent Landau from the University of Texas at Austin. Previously, all versions of this fifth- or sixth- century document were only available in Coptic translations.

“To say that we were excited once we realized what we’d found is an understatement,” said Smith. “We never suspected that Greek fragments of the First Apocalypse of James survived from antiquity. But there they were, right in front of us.”

The writings were a part of the Nag Hammadi library at Oxford University, containing 13 Coptic Gnostic books, found in 1945 in Egypt. Gnosticism was a Jewish Christian mystical movement in the 1st and 2nd century AD. 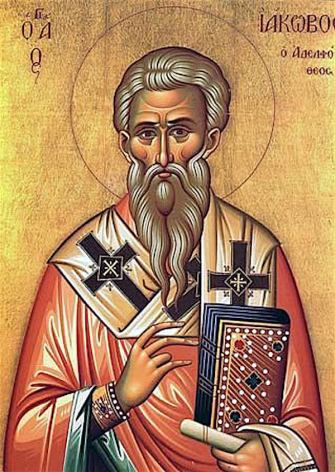 The text of the “First Apocalypse of James” is apocryphal – not accepted into the official canons of Christianity as it was defined in 367 A.D. by Athanasius, Bishop of Alexandria. It tells of Jesus’s teachings to James, to whom he often refers to as “my brother,” about heaven and future happenings, including when James would die. Jesus also does specify here that James is not his “brother materially.”

“The text supplements the biblical account of Jesus’ life and ministry by allowing us access to conversations that purportedly took place between Jesus and his brother, James — secret teachings that allowed James to be a good teacher after Jesus’ death,” explained Smith.

Smith also noted that their discovery shows that Christians were reading and studying texts outside the main canon even long after they were prohibited.

More specifically, as Landau elaborated in an email to Newsweek, what the text fragments reveal is Jesus reassuring James that although a violent death awaits them both, death is not something to be afraid of. James just needs to know how to act when death comes.

In particular, when James gets to the afterlife, he would have to face hostile demons called “archons” – but Jesus can help overcome them. To Gnostics, the seven archons were servants of the Demiurge, the “creator god”. The role of the archons was to prevent the human race from reaching the transcendent God.

“All James needs is to remember the passwords that his brother has taught him, so that he can escape from the clutches of the archons, a set of demonic beings guarding the material world,” added Landau.

The scientists conjecture that the fragments, which feature very uniform handwriting and words broken by syllables, were used as a teacher’s tool, to help students learn to read and write.

Related
The Present
Climate change is altering the chemistry of wine
Smoke taint from wildfires is gross, even to wine amateurs.
13.8
Could a hidden variable explain the weirdness of quantum physics?
We have searched and searched but have never found one.
The Past
The Wild West was lawless and chaotic — and the police helped keep it that way
Lawmen and outlaws were often the same people.
Thinking
6 great philosophers and how they used their political power
Most philosophers merely contemplate the world, but what about the ones who actually tried to change it?
Neuropsych
Asthma drug brings back “lost” memories
In a study involving mice, scientists used two different techniques — one optogenetic and one pharmacologic — to recover “lost” memories.
Up Next
Surprising Science
Why Bullies Have More Sex
A new study shows that teens who use bullying tactics have more sexual partners.