10% of Americans take an antidepressant today. They’re some of the most commonly prescribed medications. What’s more, the number of antidepressant prescriptions has increased over the years. 25% of American women in their 40s and 50s take one.

Though these pills may help in the short-term, a new study finds they could portend a serious health crisis later on in life, when taken long-term. Seems those who take selective serotonin reuptake inhibitors (SSRIs), the most popular kind, have a 33% higher mortality rate. They’re also 14% more likely to experience a serious cardiovascular episode, such as a heart attack or stroke.

Serotonin is a neurotransmitter or chemical signaling agent inside the brain. It gives us a sense of belonging and wellbeing. SSRIs block the absorption of serotonin by neurons. Allowing more of it to stay within a person’s brain chemistry helps sustain a certain level and so improves one’s mood. 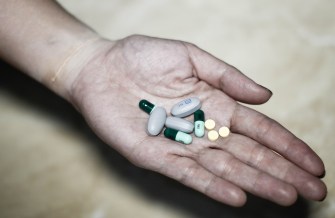 Those who took antidepressants long-term had a 33% higher risk of mortality. Getty Images.

One problem is that it isn’t only the brain that uses serotonin. The heart, lungs, liver, and other organs also absorb it. Taking an SSRI blocks serotonin absorption to these organs as well. How that affects health long-term however, has been something of a controversy.

This isn’t an entirely new debate. In 2015 in the journal BMJ, Denmark-based researcher Peter C. Gøtzsche suggested that long-term use of antidepressants could lead to premature death. UK-based researcher Allan H. Young meanwhile, claimed that these medications, which have been rigorously tested, are proven safe and effective. Young added that untreated mood disorders can, in and of themselves, severely impact health and shorten lifespan. Depression is particularly deadly. It increases one’s risk of suicide, heart attack, and stroke substantially.

Now, researchers from McMaster University in Ontario, Canada are weighing in with their own report, published recently in the journal Psychotherapy and Psychosomatics. This was a meta-analysis of several previous studies which looked for prevailing trends. Researchers wrote that certain antidepressants, “disrupt multiple adaptive processes regulated by evolutionarily ancient biochemicals, potentially increasing mortality.” Serotonin is one such biochemical. 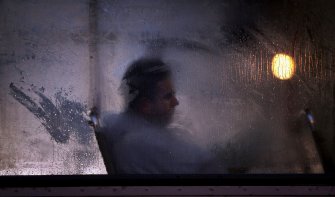 It’s a balancing act as depression itself can have a major impact on health. Getty Images.

Investigators closely analyzed 17 previous studies having to do with antidepressants and mortality. This includes the data of 375,000 individuals from the general population. They also include different classes of antidepressants, such as SSRIs and tricyclics.

A mixed-effects statistical model was used to rule out other factors that contributed to mortality. Researchers selected studies cross-referencing SSRIs with all-mortality, deadly heart attacks, and strokes. One positive find for those who already have heart disease or diabetes, antidepressants didn’t cause them any harm.

That’s because they thin the blood, which is helpful in preventing clots—usually what cause a heart attack or stroke. This is why sometimes, antidepressants are used to fight things like cardiovascular disease. Besides that silver lining, a roughly one-third higher mortality rate over the long-term is disturbing, particularly considering so many people take these drugs. 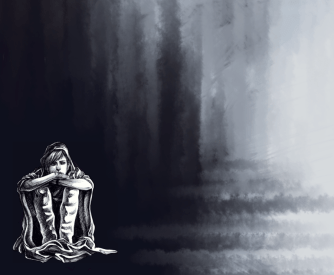 How and who antidepressants are prescribed to may soon change drastically due to these findings. Getty Images.

Associate professor Paul Andrews led the research team. “We are very concerned by these results,” he said. “They suggest that we shouldn’t be taking antidepressant drugs without understanding precisely how they interact with the body.” Often primary care physicians diagnose mood disorders and prescribe such medications, absent of an evaluation from a psychiatric professional. These results may call that practice into question.

It’s a careful balancing act too, considering a mood disorder comes with its own mortality risks. For some people, antidepressants may currently be their only treatment option. What these results show is that doctors shouldn’t prescribe them cavalierly and patients should ask a lot of questions and make sure they understand everything they need to know. In addition, far more research must be done to understand exactly how antidepressants effect other systems in the body, not just the brain.

Certainly, no one taking such medication should stop doing so suddenly. That can seriously impact one’s health. Instead, all patients should take antidepressants exactly as instructed and address any concerns with their doctor.

To learn about SSRIs other concerning side effects, click here:

The findings at L’Anse aux Meadows mark the the earliest known year by which human migration had encircled the planet.
Up Next
The Present

US Veterans Weigh in on NFL Players Taking a Knee

In the US Army, taking a knee has a special connotation.