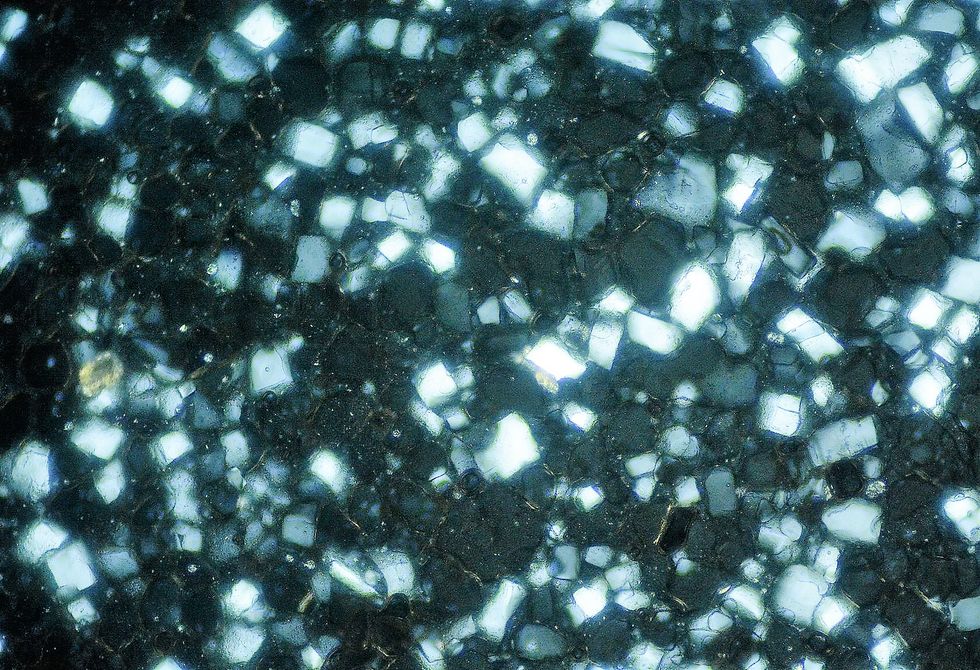 Consider a structure that moves not in space but time, crystals that change shape and move perpetually without energy, and always return to their original state. Such a structure would break the second law of thermodynamics, a cardinal rule of physics. Yet, in 2012, Nobel Laurette and theoretical physicist Frank Wilczek imagined them, what he called time crystals. Their movement isn’t of their own accord. Instead, a fracture in time’s symmetry allows for them to stay in perpetual motion.

Why crystals? Because they act atypically compared to other forms of matter. The way they construct themselves, in columns, rows, and lattices, suggests a spherical shape. But they often aren’t round or even symmetrical. Crystals therefore, are the only form of matter which compromises the spatial rule of nature. This states that all areas within space are equal and valid. Crystals break this law by repeating themselves again and again in lattices which form obscure shapes.

Space and time being related, Wilczek wondered if there were crystals who broke the temporal symmetry of nature as well. This rule states that stable objects are constant throughout time (with the exception of entropy of course). Wilczek’s equations proved mathematically that a continuous lattice could theoretically repeat itself in time. But how could something move on and on forever without using energy?

Time crystals move continually due to a “break in the symmetry of time.” These revolve at regular, calculable intervals, illustrated as a lattice continually repeating itself, thus breaking the law of temporal symmetry. Though his equation worked out, Wilczek’s theory was at first dismissed as “impossible,” by colleagues.

A recent paper showed that they might in fact be possible. [Update: They're real—it's official] This emboldened researchers at the University of California, Santa Barbara. Experimental physicists there teamed up with colleagues at Microsoft’s research lab station Q, and outlined how they could prove their existence. Two teams of scientists then followed this “blueprint” and actually made time crystals. The first was out of the University of Maryland in College Park, led by Chris Monroe. The other was at Harvard University, led by Mikhail Lukin.

In the University of Maryland experiment, researchers took 10 ytterbium ions whose electron spins were entangled, and used a laser to create a magnetic field around them. Then a second laser was used to push their atoms. The atoms started moving together, due to their entanglement, creating a pattern of repeating lattices. Besides physical symmetry, the atoms would have to break time symmetry as well. After a few moments, something odd happened. The pattern of movement soon became different than that of the laser pushing the atoms. Atoms reacted even when the laser hadn’t hit them.

Consider a Jell-O mold resting on a plate. If you take a spoon and smacked it, it’ll jiggle. But if it were a time crystal, it would never stop moving, oscillating even at its resting or ground state. But what if the Jell-O reacted, even when you hadn’t tapped it? Odd as it is, that’s what happened in this experiment, according to one physicist.

By using different laser pulses and creating different magnetic fields, scientist found that they could change the phase of the crystals. Harvard researchers conducted a similar experiment. But here, they used the centers of diamonds containing flaws known as nitrogen vacancy centers. These molecules were hit with microwaves and they reacted in the same way. Two separate systems showing the same results proves that this type of matter is indeed present. It also illustrates that breaks in symmetry can occur not only in space but in time.

Most of the matter we’ve studied up until this point has been at equilibrium or stable at its resting phase. This newly discovered, non-equilibrium matter could upend everything we know about physics. Other forms may also be out there, waiting for us to discover them. Future discoveries in non-equilibrium matter may help us heal the rift between relativity and quantum mechanics, or even create an entirely new model, more precise than these two. It could also lead to new technology, helping to form for example stabile qubits upon which quantum computing can be built. A system using time crystals could store information even after everything around it had perished. It wouldn’t last forever, but longer than almost anything else.

According to Wilczek, the closest thing we have now to a time crystal is a superconductor. No energy could be taken out of the crystals unless first placed inside. Electrons flow through a superconductor linearly without facing resistance. With a time crystal they’d travel in a loop. Theoretically, time crystals could be used in bizarre, lumpy forms. Current would also fluctuate according to the structure’s phase or movement.

Time crystals, according to Wilczek, would have been born early on in the universe’s existence during its cooling phase. Studying these crystals might offer clues to the origins of the universe and how it evolved. It may even revolutionize our understanding of the space-time continuum. Wilczek said in one talk that discovering time crystals would be like discovering “a new continent.” He added, "A New World, or Antarctica, time will tell."