26% of Americans are almost always online, according to new research

If you check your phone in the middle of the night, it says something about you. 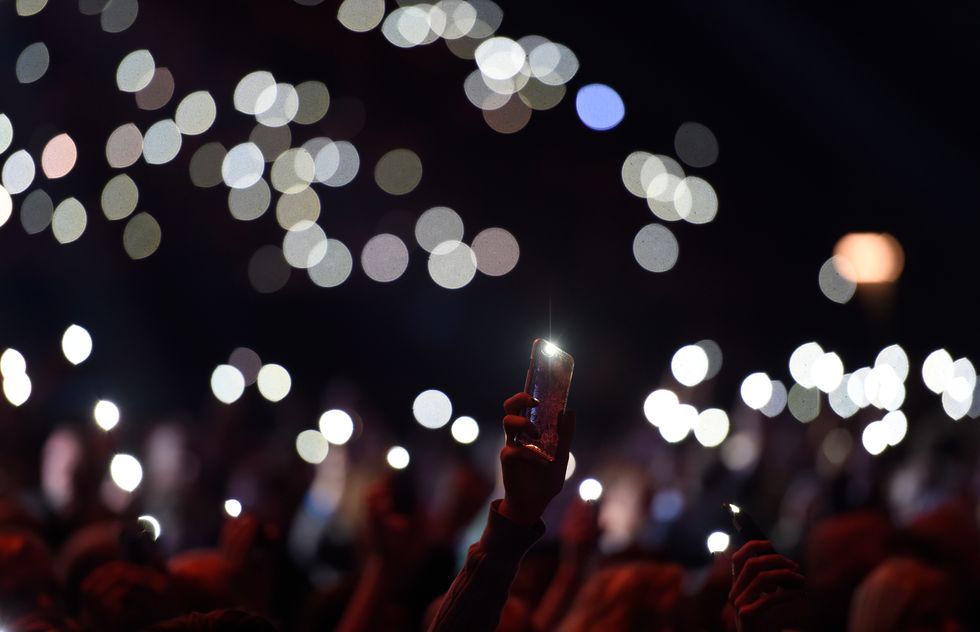 A new Pew Research Center poll conducted this past January finds that 26% of Americans are “almost constantly” online. That’s up 4% since 2015. Unsurprisingly, younger people were the most prone. Around 39% of 18- to 29-year-olds were almost always online. That number has risen 3% since 2015. Interestingly, 30- to 49-year-olds were almost as likely to be glued to their screens as millennials. Of Gen Xers, 35% said they were constantly online.

A huge 77% of American adults go online daily, while 43% are on several times per day. Only 11% of adults said they didn’t use the internet at all. This rapid rise in near constant use has been attributed to the pervasiveness of smartphones. Last November, electronics insurer Asurion completed a study that found that the average American checks their phone every 12 minutes, or about 80 times per day. Many respondents struggled to go just 10 minutes without looking at their phone, Asurion researchers said. According to a survey by Qualtrics and Accel, millennials check their phones even more often: 150 times per day on average.

Other groups constantly online include black adults, college-educated adults, those from higher-income households, and who live in urban and suburban settings. According to Pew, 37% of African Americans used the internet constantly, compared with 30% of Hispanics and 23% of whites. Hispanics saw the largest climb in constant use, 11 points since 2015, while constant use among whites remained static.

So what are the implications? Studies have shown that those who are constantly connected are more stressed, feel lonelier, and are more likely to experience depression or a sleep disorder. A 2015 University of Missouri study found that regular use of social media platforms increased the likelihood of envy and depression.

In the Asurion survey, 31% of respondents felt separation anxiety when they couldn’t check their phone, while 60% were stressed when their phone was off, charging, or out of reach. Most millennials don’t go any more than five hours without checking their phone, according to the Qualtrics and Accel study, which can be considered addictive behavior. Half of all millennials in that investigation actually checked their phone in the middle of the night. San Diego State University psychology professor Jean Twenge goes one step further. In her book iGen, she claims ubiquitous smartphone use has ruined a generation. According to Twenge, everyone born after 1995 is on the "brink of a mental-health crisis." Other psychologists say it’s a chicken-and-egg thing: is it that distress pushes adolescents towards their phones or is constant smartphone use causing distress?

Though it’s not considered intrinsically harmful, those who stay online for a substantial period of time are far more likely to develop Internet addiction disorder also known as internet addiction or internet compulsion. It’s important to note that most of the studies on extreme internet usage focus on adolescents, though as the Pew poll points out, adults of all ages are now spending a substantial amount of time online.

Millennials and Gen Xers are the most likely to report near constant internet use. Credit: Getty Images.

Some studies find that compulsive internet behavior and mental health problems may be mutually reinforcing. So does this mean that if you use the internet compulsively, you have an issue? Not necessarily. So far, the connection between compulsive internet use and having a psychiatric disorder is modest at best. Also, our smartphones were made to be addictive. They were modeled at least in part after the slot machine. The important thing here is dosage, as the eminent writer David Foster Wallace once said. His reasoning was that such devices aren’t offered by those who love us, but who want money, which in this model is earned by placing the right ads in front of you as often as possible. The best thing to do then, for the sake of your own mental health, is to limit exposure.

Consider turning your phone off and putting it in a drawer for certain hours of the day, and allow those closest to you other means, such as a landline, to contact you in case of emergency. Also, social media and online interactions should never trump real, offline ones. If you find yourself wasting too much time online, get up and talk to a coworker, schedule coffee with a friend or a friendly acquaintance, or just take a walk and stretch your legs. If you can be conscious of your internet use and carefully consider dosage, chances are, you’ll be more productive and happier too.