How to find your own truth, according to Alan Watts and Joseph Campbell

Finding your own truth without a guiding mythical worldview.

Joseph Campbell's life work covered a wide range of the communal human experience. Campbell explored the various mythologies of our planet and managed to elucidate on the common threads between them all. He's popularly known for coining the concept of the hero's journey, or monomyth, which is a narrative cycle that is found to some degree in all great legends and stories around the world.

This topic of discussion in an influential television series with journalist Bill Moyers brought Campbell's idea further into the mainstream posthumously in the latter half of the 20th century.

From this idea stems one of Campbell's greater points about the universality of experience and need to find your own truth or, as his famous saying goes, to "follow your bliss."

Campbell's ability to fuse comparative mythologies into one comprehensive world spanning myth can serve as the basis for discovering one's own personal truth. Human patterns repeat themselves over timescales far and wide. Once you can come to terms with the multifarious iterations of these universal stories, Campbell believed that you need to leave ideology behind once you've learned from it.

Alan Watts, had a similar sentiment to this idea, a contemporary and friend to Campbell — Watts explored the implications inherent to Campbell's view when exploring his early work of Return to the Forest.

Return to the Forest

In Return to the Forest, Campbell explored what it meant to the individual and society when these common myths and systems begin to break down. In this chaos, when there is no central guiding myth, celestial authority or truth to guide us — what will become of the individual seeking meaning or their own truth?

Watts believed that the fundamental force guiding civilizations together has been one not only of mutually shared communication in a common language, but a common viewpoint of the world and even common types of sensuous experience. But such is the nature of change that through major cultural shifts, dynamics of technological change or ways of viewing the world, these foundational pillars of civilization begin to erode. Left in its wake is chaos and confusion.

Social cosmologies, views of the world held in common by society tend to break up.

Watts went on to say that the relativistic world of modern thought that Westerners live in, one that is largely bereft of one unifying worldview leads people to become interested in other and former attempts to reconcile the mysteries of living and the universe. For example, in Watts' time and our own, the exploration of ancient Eastern religions, occult schools of thought, and shamanism.

However, in similar Campbell monomyth fashion, even this idea of going it alone, without an overarching myth to live by, has arguably been done before. Watts explores and explains the rich ideas of shamanism in agrarian culture around the world, and how metaphorically we need to drop out back into the forest if we're to find ourselves.

"More and more each one of us is thrown on to our own resources. This seems to me an excellent state of affairs. So that in a symbolic sense we are back in the forest like the hunter of old who has nobody around him to tell him how to feel or how he ought to use his senses. He therefore must make his own exploration and find out for himself."

Watts and Campbell believed that due to the uncertainty of our times and confusion inherent in modern thought, which offers us no secure and comfortable singular view of the universe — we are forced to confront and find truth for ourselves from the universe. We are all now as Watts put it:

All alone together whistling in the dark.

In a sense, much of Campbell's work dealt with remedying these past mythological works to probe deeper into just what common truths lurks beneath all individual human psyche and communal beliefs. Or as he Campbell once quipped in The Hero with a Thousand Faces: "Mythology, in other words, is psychology misread as biography, history, and cosmology."

Now to the point of finding one's self or finding personal truth. Campbell believes that these myths and stories can become guide posts. But just what is your own personal truth? Well that's for you and only you to find out and experience.

"These are the kinds of experiences that cannot be transmitted, which for their very nature are something one finds out for themselves. If they could be explained or transmitted they couldn't be the very thing which they are intended to be. Our discoveries of something authentic, genuine, first hand and part of one's universe, cannot be codified and be factored into social communication." — Alan Watts 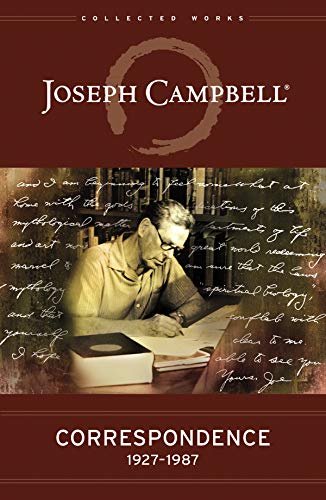 Both Joseph Campbell and Alan Watts lived a life on the fringes of their own meaning. Taking a cosmic and comprehensive look at the world-views around them, they developed both a sobering and at once wonderful view of the cosmologies of humankind. A statement made about Watts could be applied to Campbell as well:

"The pomposities of prodigious learning could be undone by him with a turn of phrase. One stood before him, disarmed — and laughed at what had just been oneself."

Together, their wisdom today still stands as a spectral guide to finding one's own truth.

Return to the forest