Okay, I admit it. They had me at “You won’t actually die.” I want to believe. Dr. Robert Lanza MD and astronomer Bob Berman (no relation to me) have developed an explanation of the universe in which none of us dies. It’s called “biocentrism,” and states that life and consciousness create the reality we experience, and without those two elements, it’s just not there. They’ve written a book about it, Beyond Biocentrism. 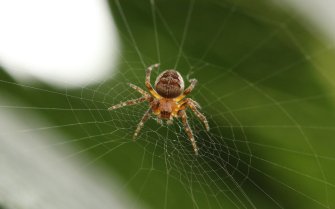 The idea sprang from Lanza’s observation of a spider monitoring its web. Lanza imagined the spider totally in touch with the slightest vibration within the web—his/her universe—though not much beyond, and saw something familiar: “We humans, too, lie at the heart of a great web of space and time whose threads are connected according to laws that dwell in our minds.”

In a column Lanza and Berman wrote for Aeon, they say “It turns out that everything we see and experience is a whirl of information occurring in our head… Rather, space and time are the tools our mind uses to put it all together.” Thus, time is just a narrative construct we employ to make sense of all this sensory input—this is the key to the not-dying part.

The authors cite a range of intellectual luminaries who themselves had doubts about times’ reality, including Albert Einstein, who wrote on the passing of his friend Michele Besso, “Now he has departed from this strange world a little ahead of me. That means nothing. People like us, who believe in physics, know that the distinction between past, present, and future is only a stubbornly persistent illusion.” 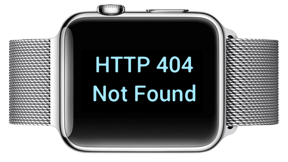 British physicist Julian Barbouralso says time isn’t real: “Quite the contrary, time is an abstraction at which we arrive through the changes of things.” Barbour says he and other physicists think of each moment as a complete, self-contained entity and that, “We live in a succession of ‘Nows.’ We have the strong impression that things are there in definite positions relative to each other, but there are Nows, nothing more, nothing less.”

In biocentrism, we could think of time like a CD music album: All the music’s all there all the time; the only thing that changes, essentially, is which song we listen to. All of the CD’s moments exist simultaneously, in superposition, or in our lives in quantum superposition. Of course, we seem to lack Fast-Forward and Rewind buttons.

Instead of death in this timeless scheme, we merely reach “the imagined border of ourselves.” Lanza and Berman conclude, “And if death and time are illusions, so too is the continuity in the connection of nows. Where, then, do we find ourselves? On rungs that can be shuffled and reshuffled anywhere.”

Of course, not everyone buys biocentrism, but it’s an interesting system, and an extrapolation of other revered thinkers’ thoughts. It’s comforting, too. Now it just needs to be right.

Shinto Monks Have Been Recording Climate Data for 600 Years

Hundreds of years before climate change was a topic of discussion, monks and merchants kept records when lakes and rivers froze-over in the winter. These records show how the Industrial Revolution was a major turning point in altering the Earth’s climate.