Hundreds of years before climate change was a topic of discussion, monks and merchants kept records when lakes and rivers froze-over in the winter. These records show how the Industrial Revolution was a major turning point in altering the Earth’s climate. A new study examining these records has been published in Nature Scientific Reports.

“What is important about the two ice records analyzed in this paper is that they were recorded far into the past and included years before and after the start of the Industrial Revolution,” John Magnuson, who works at the University of Wisconsin’s Madison Center for Limnology, told Quartz.

The data dates back as far as 1443 when Shinto monks recorded the freezing of Lake Suwa, in the Japanese Alps. The records were not meant to document weather trends, but to witness a legendary tale and phenomenon. The freezing and heaving of the ice is known as the Omiwatari or Passage of the Gods. It’s told this happens when the male god crosses the lake to visit his spouse, enshrined on the other shore. A crack forms in the ice across the lake, which is supposed to represent the male god’s footsteps. Monks have been observing his crossing for the past six centuries, but researchers indicate the deities relationship may be in jeopardy. 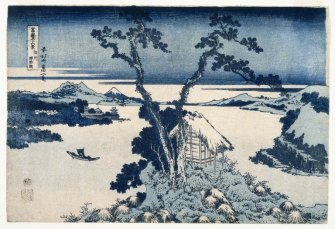 Merchants in Finland recorded when the Torne River would freeze or thaw since 1693. The data from this record tells a story familiar to the one of the Suwa Lake; later freezing times and earlier melts after the Industrial Revolution.

“Even though the two waters are half a world apart and differ greatly from one another,” says Magnuson, “the general patterns of ice seasonality are similar for both systems.”

The graph below created by the researchers, show the increase in extreme weather events. Occasions where Suwa Lake (black) did not freeze and when the Torne River (grey) saw ice breakup before the 124th day of the year. 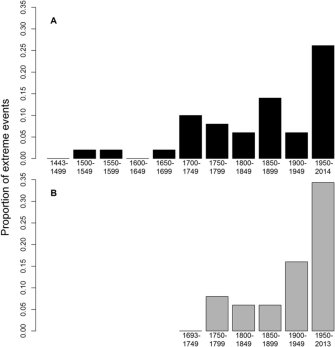 These records are an invaluable source of data, which indicate the Industrial Revolution was a huge turning point for the Earth’s climate.Providing further (unnecessary) evidence that humans are the cause of this climate shift we’re witnessing.

How dark was Degas’ dark side?

There’s a strange beauty, yes, but also a violence to Degas’ technique. Where did that violence come from?