The Primer on Russia's "Active Measures," Its Information Warfare Strategy

KGB-era "active measures" are still being used by Russian intelligence agencies today, according to experts. 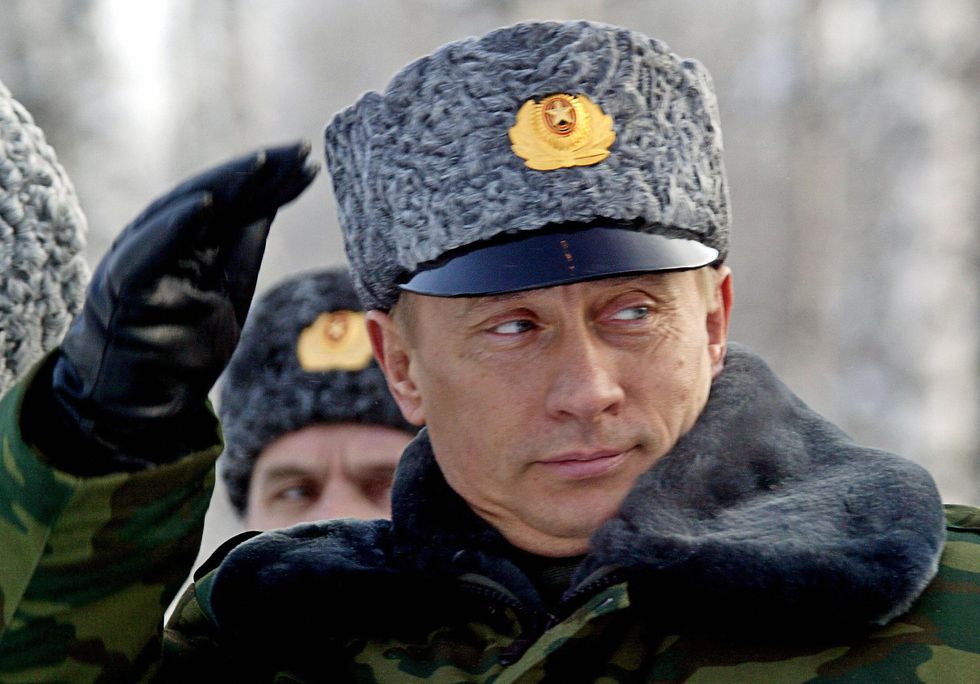 As questions swirl about Russia’s role in the 2016 Presidential elections, the old KGB strategy of “active measures” is getting a closer look. “Active measures” were subversive techniques and policies aimed at influencing people and events in foreign countries to suit Russia’s objectives. Claims of internet-driven hacking and misinformation campaigns by Russia against the U.S. fit well within this Cold War approach.

As described by retired KGB General Oleg Kalugin in 1987, the purpose of “active measures” was “to drive wedges in the Western community alliances of all sorts, particularly NATO, to sow discord among allies, to weaken the United States in the eyes of the people in Europe, Asia, Africa, Latin America, and thus to prepare ground in case the war really occurs. To make America more vulnerable to the anger and distrust of other peoples.”

According to former NSA analyst and security expert John Schindler, these measures are still in use today by Russia, a country led by the former KGB officer Vladimir Putin.

The practice of disinformation is a key example of such “measures”. It could involve stories planted in foreign outlets - essentially “fake news” that would present “an alluring amalgam of fact and fantasy—much of it unverifiable—designed to confuse readers and shift political discussions,” explains Schindler.

Other tactics that are part of what Schindler considers Russia “espionage worldview” include provocations which also work to murky the waters and disorient the enemy to such an extent that they would be defeated before even knowing what happened. Provocations could include planting agitators or even flipping activists to serve your ends.

Moscow, RUSSIAN FEDERATION: This undated file picture shows Soviet policemen standing guard in front of the KGB building in Moscow, with a portrait of Vladimir Lenin on it. (Photo credit: ALEXANDER NEMENOV/AFP/Getty Images)

Eugene Rumer of the Carnegie Endowment for International Peace laid out the background on why Russia would want to use “active measures” before a recent hearing of the bipartisan Senate Intelligence Committee investigating Russian interference. For starters, he and the five other testifying witnesses all agreed that Russia was behind a campaign of misinformation in 2016 whose goal was to disrupt the U.S. Presidential elections in 2016.

Rumer said that as every country’s foreign policy is shaped by its history and geography as well as politics, the dissolution of the Soviet Union left Russian national security establishment insecure. They were forced to accept the Soviet empire’s demise in 1991 and had to retreat from the world stage during the 1990s. The 90s, in fact, turned out to be a difficult decade, blamed largely on the influence of the U.S. and other foreign meddlers in Russian politics and economy.

But Russia’s policy in this millennium has been of pushing back on its boundaries, warring with Georgia, annexing Crimea and fighting an “undeclared war” in Ukraine. From the Russian standpoint, their actions are aimed at restoring the balance of power, pushing back against the expansion of NATO at its borders and correcting the injustice of what happened in 1991. It’s Russia’s comeback.

About 100 000 demonstrators march on the Kremlin in Moscow on January 20, 1991. (Photo credit: VITALY ARMAND/AFP/Getty Images)

While Russia’s military has made great improvements to modernize in the past decade, it would not fare well in a direct military confrontation with Western nations. So it pushes back in other ways - namely, using what Rumer called a “toolkit” of old KGB methods, which are cost-effective and generally less risky due to the confusion they cause.

What do we know about the Russian information warfare efforts during the 2016 U.S. Election? There is a consensus among the American intelligence agencies that the Russian government was behind the hacking of DNC emails that were later released via Wikileaks to politically damage Hillary Clinton. An additional goal was to help elect Donald Trump, a candidate preferred by Moscow. The attacks did not just start during the Trump vs Clinton general election, but were in full swing during the primaries as well, possibly aimed at other Republican candidates whose positions were not considered Russia-friendly, including Senator Marco Rubio.

Another tactic used by the Russians appears to be the employment of an army of Twitter bots that were spreading fake news. This information was shared by former FBI agent Clint Watts in his testimony before the Senate Committee on Intelligence. He discovered that the bots were pretending to be swing-voter Republicans from the Midwest.

"So that way whenever you're trying to socially engineer them and convince them that the information is true, it's much more simple because you see somebody and they look exactly like you, even down to the pictures,” explained Watts.

Cars drive past the headquarters of the FSB security service, the successor to the KGB in central Moscow on December 30, 2016. (Photo credit: VASILY MAXIMOV/AFP/Getty Images)

What’s more, Watts, who is now a senior fellow at the Foreign Policy Research Institute and has tracked these tactics for over three years, says the Russian efforts did not stop at the election and are still continuing to try to engage with and support the President’s tweets.

"If you went online today, you could see these accounts — either bots or actual personas somewhere — that are trying to connect with the administration. They might broadcast stories and then follow up with another tweet that tries to gain the president's attention, or they'll try and answer the tweets that the president puts out,” he told NPR.

As far as who specifically is guiding these activities by the Russians, Watts says it’s a “diffuse network” with a number of hackers controlled by “different parts of Russian intelligence and propagandists — all with general guidelines about what to pursue, but doing it at different times and paces and rhythms."

Watts also testified that in 2014 Russian bots supported a petition on the White House website calling to give Alaska back to Russia, from whom Alaska was purchased 150 years ago. That set off an investigation showing how Russia used bots and paid trolls to spread its propaganda.

According to Watts, there are 5 ways in which Russian active measures are designed to topple democracy:

3. Erode trust between citizens and elected officials and democratic institutions

5. Create general distrust or confusion over information sources by blurring the lines between fact and fiction

President Vladimir Putin while working as a KGB officer ca. 1990

Another line of investigation by the Senate Intelligence Committee concerns the reported use of an army of internet trolls working from a Russian facility to send targeted fake news to specific regions of America.

Senator Mark Warner (D) said that their committee was investigating the information that the trolls were taking over computers called “botnets” which had the ability to generate regional news.

“It’s been reported to me, and we’ve got to find this out, whether they were able to affect specific areas in Wisconsin, Michigan, Pennsylvania, where you would not have been receiving off of whoever your vendor might have been, Trump versus Clinton, during the waning days of the election, but instead, ‘Clinton is sick’, or ‘Clinton is taking money from whoever for some source’ … fake news,” stated Warner.

What is the payoff Russia may be looking for by taking active measures during the 2016 U.S. election?

Eugene Rumer thinks the operation was a “major” and “unqualified” success for the Kremlin, causing unprecedented chaos within the U.S. and worsening its position worldwide.

"The payoff includes, but is not limited to a major political disruption in the United States, which has been distracted from many strategic pursuits; the standing of the United States and its leadership in the world have been damaged; it has become a common theme in the narrative of many leading commentators that from the pillar of stability of the international liberal order the United States has been transformed into its biggest source of instability; U.S. commitments to key allies in Europe and Asia have been questioned on both sides of the Atlantic and the Pacific. And last, but not least, the Kremlin has demonstrated what it can do to the world’s sole remaining global superpower,” told Rumer to the Senate Committee.

With such a wealth of goals possibly achieved, it’s no surprise, according to Rumer, that Russia will continue to employ “active measures” going forward. The question is - how does America adjust?