Are we more than just our bodies? Philosophers argue over zombies. 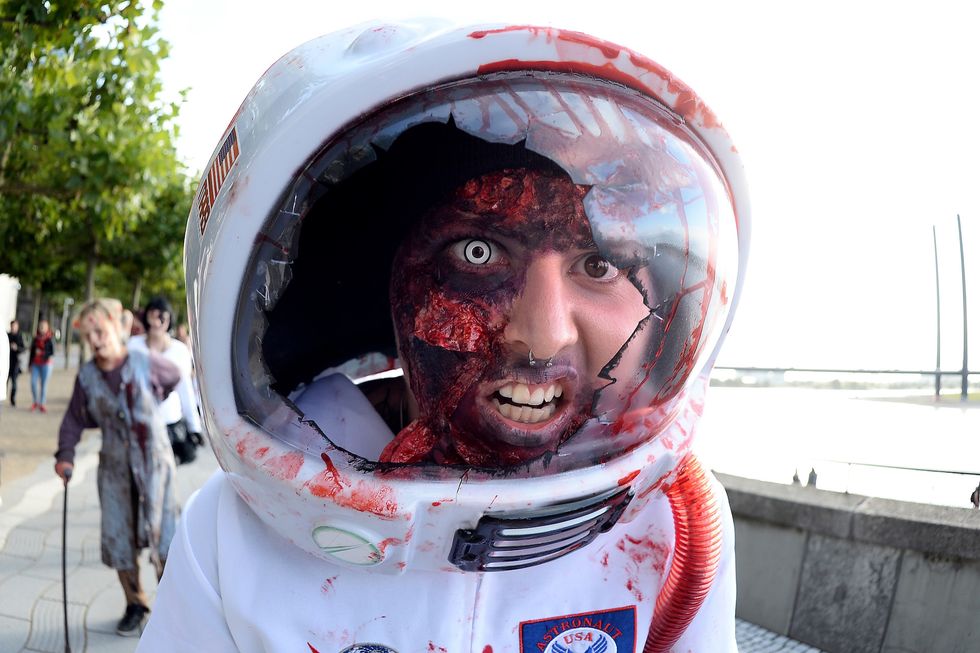 Participants take part at the Zombie Walk Duesseldorf along the Rheinuferpromenade on September 6, 2015 in Duesseldorf, Germany. (Photo by Sascha Steinbach/Getty Images)

Zombies are a big part of our pop culture. They are both a cathartic exploration of what it means to be human and a vehicle for social commentary. The word “zombie" comes from Haitian folklore and refers to a corpse animated by witchcraft. Facing a horrid life, 17th-century Haitian slaves, who worked on sugar plantations in the French-owned Louisiana area, often considered suicide but were afraid to be trapped in their bodies, wandering the Earth as soulless shells.

In philosophy, this idea of a hypothetical creature that looks like a regular human but has no conscious experiences is known as a “philosophical zombie" or a “p-zombie".

Why do philosophers need zombies?

The concept is kind of a mind trick. Imagine a being that looks and even talks like a human. It goes through all the normal motions of a human and yet has no consciousness. And you would have no idea that it is not like you.

According to philosophers like David Chalmers, p-zombies are an argument against physicalism - the school of thought that everything that makes us human is ultimately derived from our physical characteristics.

Physicalism is based on the success of science in exploring the physical world. According to physicalists, we are essentially intricate arrangements of atoms. Behaviorists, a subset of physicalists, maintain that even all mental processes - thoughts, desires, etc - are just responses to the behaviors of others.

If a p-zombie that is exactly like us, except for the sense of self and consciousness, is logically conceivable, then this possibility could support dualism, an alternative view that sees the world consisting of not just the physical but also the mental.

David Chalmers, Australian philosopher and cognitive scientist, who currently teaches at NYU, thinks that the p-zombie thought experiment can be used to illustrate the “hard problem" of consciousness - “why do physical processes give rise to conscious experience?"

In other words, since a world of zombies is imaginable, all behaving purely at the physical level, why did evolution produce consciousness in humans?

“If there is a possible world which is just like this one except that it contains zombies, then that seems to imply that the existence of consciousness is a further, nonphysical fact about our world. To put it metaphorically, even after determining the physical facts about our world, God had to "do more work" to ensure that we weren't zombies," says Chalmers.

1. Physicalism says that everything in our world is physical.

2. If physicalism is true, a possible metaphysical world must contain everything our regular physical world contains, including consciousness.

3. But we can conceive of a “zombie world" that's like our world physically except for no one in it has consciousness.

4. Physicalism is then proven false.

Physicalists, of course, beg to differ. They argue that any identical copy of our physical world would contain consciousness by necessity.

Daniel Dennett, a noted physicalist philosopher and expert on BigThink, wrote a refutation of “p-zombies" in his commentary, tellingly titled “The Unimagined Preposterousness of Zombies". In it, he proposes that philosophical zombies are logically incoherent.

“When philosophers claim the zombies are conceivable, they invariably underestimate the task of conception (or imagination), and end up imagining something that violates their own definition," says Dennett.

For Dennett's conception of consciousness and free will, check out this video: