The 2018 World Happiness Index reveals some surprises and explains why the world's richest country is not one of its happiest. 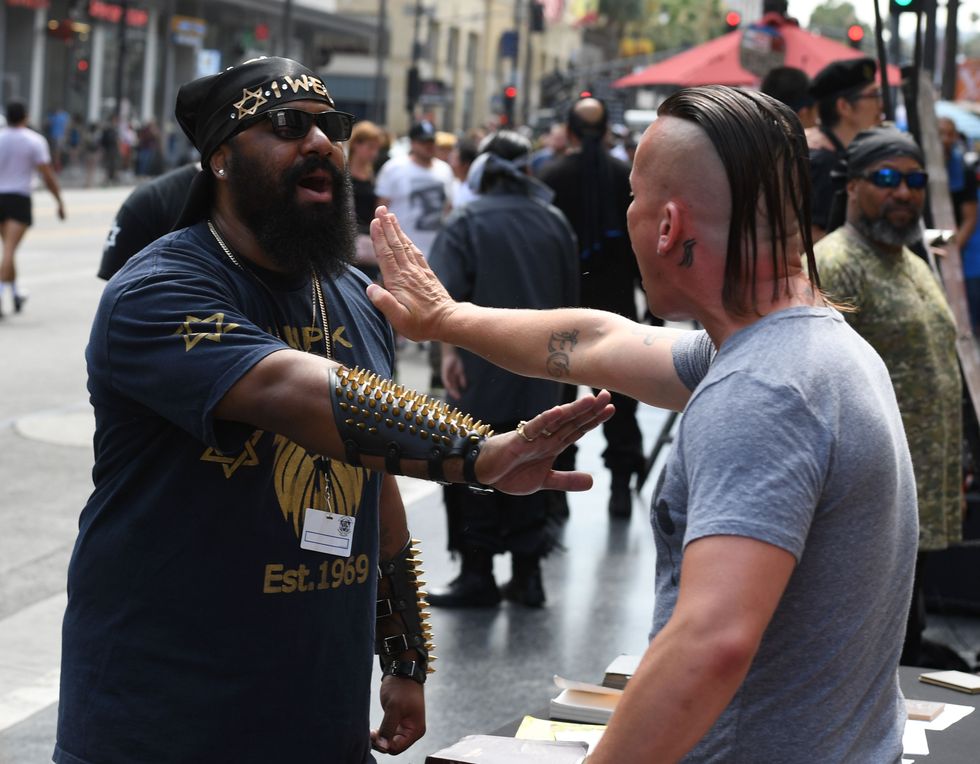 People argue as supporters of US President Donald Trump try to disrupt an anti-Trump protest organized by Refuse Fascism L.A. at the site of Trump's star on the Walk of Fame in Hollywood, California, on July 15, 2017. (Photo credit: MARK RALSTON/AFP/Getty

What makes for a happy country? Is there some objective way to quantify happiness or can it simply be that some people are just more able to say they are “happy” than others? It’s a tricky task that the World Happiness Report has tackled yet again for 2018, raking 156 countries based on their happiness levels. What’s more, they added another fascinating angle to the survey, looking at the happiness of immigrants in 117 countries.

The world’s happiest place - Finland. Yes, the land of hockey and reindeer tops the charts in both the happiness of its main population and its immigrants. The surveys, which are published by the Sustainable Development Solutions Network, an initiative of the United Nations, showed that the overall health and happiness of the society may depend on a cohesion between its core and migrant populations and the quality of life in that country.

John Helliwell, a University of British Columbia economist who co-edited the report, told The Washington Post that this was the most illuminating aspect of what they found -

If you’re keeping score, four countries have held the top spot in recent reports - Denmark, Switzerland, Norway, and Finland. Overall, the top ten is unchanged in the last two years. One commonality between all the achievers on this list, besides over-representing Scandinavia, is scoring high in key variables such as freedom, income, life expectancy, social support, trust, and generosity.

The numbers, compiled from data in the Gallup World Poll, ranked quantified happiness using a “Cantril's Ladder of Life Scale” that asks participants to imagine a ladder with ten rungs that represent the best and the worst possible life. The people reported where on such a structure they stood.

The U.S. dropped on the list for the second year in a row and is now ranked 18th. It has never cracked the top ten. The report points out that while it experienced economic growth, the United States has also developed serious social issues that are undermining the happiness that should come with being a rich country.

Obesity, substance abuse, depression, drop in life expectancy that is “nearly unprecedented for a high-income country in peacetime” are cited as some of the problems besetting America. Other big reason for its eroding happiness - the decline of “social support networks” and the feeling shared by many in the country that government and business are corrupt. Similarly, trust in public institutions has waned. Indeed, it is hard to argue that happiness could have increased in a country where, most would agree, division and angst have grown.

Why measure happiness at all? Experts think it’s a good way to gauge a nation’s progress, encouraging public policy improvements that can lead to social well-being.

Interestingly, the most improved country in terms of its happiness index is Togo, a West African country, which jumped up 17 places. Happiness there went up 1.2 points, to a fourth rung, from being mired somewhere between the second and third in 2008-2010. The decline in infant mortality and improvements in childhood education are cited as some of the reasons for that. Journalists, who cover Togo, however, differ in the opinion that there has really been much improvement, according to NPR.

The unhappiest places in the world - Burundi, the Central African Republic and South Sudan, have all struggled with conflict and instability, analyzes the Washington Post.