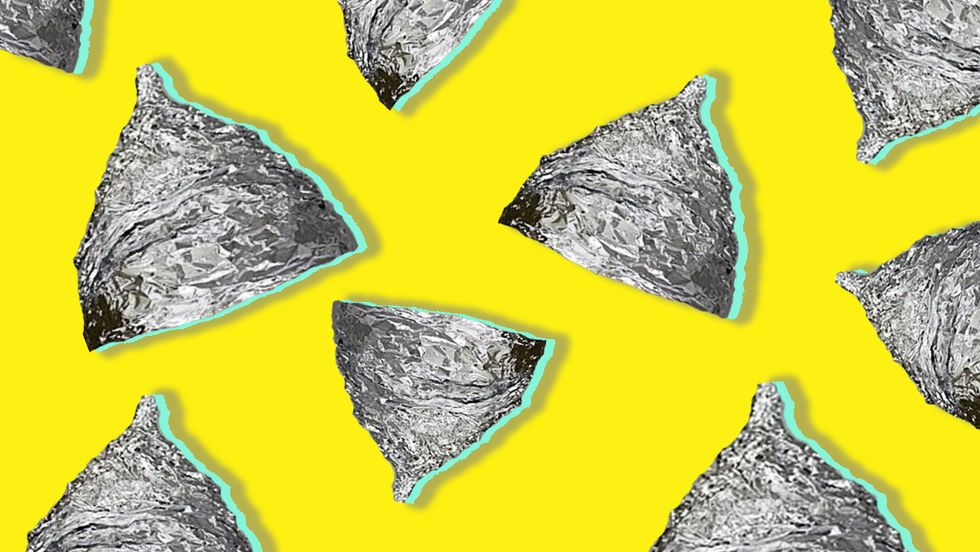 Conspiracy theories are generally relegated to the fringes of society, considered to be beliefs that are unsupported by evidence but that make very big claims about reality. A conspiracy theorist says that what you think you know is not how it really is, and most likely, there’s some nefarious group that is actually ruling your life and arranging events in the world. Most of the conspiracy theories do turn out to be patently untrue and created by the insecurities of people who feel they lack of control over their lives, as says Professor Galinsky. He studied conspiracy theories and found a connection between the feeling of lacking control and a propensity to believe in outlandish tales that may somehow explain why your life is not the way you want it to be.

But are there times when conspiracy theories actually do pan out and are, in essence, true? While nothing that has truly shaken the foundations of our societies has recently been uncovered, there have been times when suspicions of conspiracies were proven correct. Here are seven such instances that involve the favorite topic of conspirators: the government.

1. The government poisoned alcohol during Prohibition and killed thousands

A classic government-centric conspiracy maintains that the government is not telling us the full truth and often does dangerous things to enforce its power over us. One strange and deadly episode of American history can provide much fuel to such a fire. In the saga of the American attempt to prohibit alcohol consumption that began with the passage of the 18th amendment in 1919, a little-known story emerged that when the efforts to prohibit alcohol sales and consumption were failing, the government attempted to poison the alcohol supply in order to convince people to stop drinking.

Women turn out in large numbers for the anti-prohibition parade and demonstration in Newark, N.J., Oct. 28, 1932. More than 20,000 people took part in the mass demand for the repeal of the 18th Amendment. (AP Photo)

While there are nuances to this story, it is generally true that from even before Prohibition started the government encouraged manufacturers to add dangerous chemicals to industrial alcohol in order to make it undrinkable. When this practice was combined with the explosion of an unregulated black market for alcohol under Prohibition, thousands of Americans died as a result of a vicious cycle of bootleggers trying to find new ways to purify and resell industrial alcohol for drinking and the government ordering the addition of more and more dangerous chemicals like kerosene to the mix. While the government cannot be exclusively blamed here, it is true that its policy contributed to the deaths.

2. The government is trying to control your mind

There was a CIA-run program called MK-ULTRA that from 1953 until the late 1960s involved experimentation on subjects using the hallucinogenic drug LSD. While the program was first using volunteers, it had offshoots like the “Operation Midnight Climax”, whereby the CIA for eight years had prostitutes drug unsuspecting clients with LSD who would then be monitored via two-way mirrors by field agents. With most of the records from the program destroyed by now, it’s hard to know the full extent of the government’s attempt to control minds but the precedent is certainly there.

3. The government is spying on you

While they may not be looking into every single person individually, rest assured the government is aware of your existence and is not above taking a look at your Facebook profile. In 2017, Facebook received 78,890 information requests from governments around the world, with 41% of those coming from the U.S., which saw 85% of such requests granted. The government is also making similar requests of Google, Apple and other companies that don’t even reveal they are being asked this information.

4. The government is spying on the media

The extent of this is not entirely clear but it seems true that the government is very much interested in creating a database of media outlets and social media influencers as well as their political leanings. This has been revealed recently in a posting by the U.S. Department of Homeland Security which was looking for contractors to create just such a system.

5. The government lied to get the country involved in wars

Take your pick on this conspiracy. The government lies? You don’t say. The Gulf of Tonkin incident is one example where the U.S. military used a supposed attack by the North Vietnamese on the American naval ship “Maddox” on August 2nd, 1964, as a pretext for escalating the country’s involvement in the Vietnam War. The only problem - no such attack ever happened, according to even to the former Secretary of Defense Robert S. McNamara.

And who can forget Secretary of State Colin Powell’s 2013 speech at the U.N., showing us charts of Saddam Hussein’s WMDs - “weapons of mass destruction”. No weapons like that were ever found among his stockpiles even after the Iraq War, which claimed thousands of American and millions of Iraqi lives.

6. The government knows where the aliens are

Ok, we don’t know exactly what the Feds know about this issue but we do know they have been interested in it for a while (despite years of denial) and actually had a program as recently as 2011 that was looking for UFOs. It was reported that a five-year initiative called the Advanced Aerospace Threat Identification Program was gathering video and audio footage of possible UFOs and building storage facilities to contain any alien materials recovered.

While the Pentagon denies that any such efforts are continuing, Luis Elizondo who ran the program, says it’s definitely still going on.

7. The government can control the weather

We don’t know how much of this it cares to do but we know that the government can, to some extent, influence the weather. During the Vietnam War, the CIA would seed the clouds in monsoon season to make it rain even more. The goal of this tactic, which was in use between 1967 and 1972, was to wash out roadways and provoke bad landslides that would prevent the North Vietnamese troops from moving their weapons and provisions, says this CIA blog.

If you’re in the mood to check out America’s most popular conspiracy theories, check out this article.