Psychopathy is defined as a condition (sometimes referred to as a personality disorder) characterized by the absence of empathy and the bluntness of other affective states. Psychopaths can be highly manipulative, often coming across as typical or even charming.

According to Psychology Today, callousness, detachment and a lack of empathy are key traits of a psychopath, but underneath the facade, they lack any semblance of a conscience. 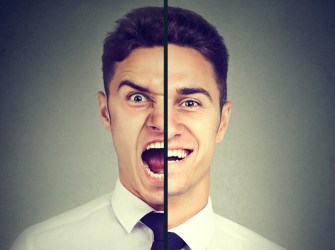 Psychopathy, like many other conditions, is a spectrum. Common traits of psychopaths can include things like superficial charm, grandiose sense of self-worth, pathological lying, manipulation, lack of remorse or guilt, lack of empathy, behavioral problems in early life, impulsivity, and shallow affect (reduced emotional responses) to name a few.

Psychopathy is typically diagnosed using a 20-item checklist called the Hare Psychopathy Checklist. This list features questions that gauge common traits such as a lack of empathy, pathological lying, and impulsivity (among many others).

Each question on this scale is then scored on a three-point scale: The item doesn’t apply (0), the item applies to a certain extend (1), or the question fully applies (2). The bar for “clinical psychopathy” is 30 points on this test.

For reference, here are some of the scores of notable evaluations:

The terms “psychopath” and “sociopath” are often used interchangeably but they aren’t the same – and the difference is quite important. A sociopath is someone with antisocial tendencies that are specific to social or environmental factors. A psychopath is someone whose traits are more innate.

A psychopath will be more manipulative but can be seen by others to lead a charming, “normal” life – whereas sociopaths tend to be more erratic, rage-prone, and are unable to keep up the facade of normality. 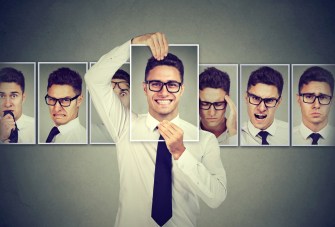 A psychopath may be able to create a seemingly typical personality and life to fool others. Psychopathic tendencies don’t always extend into psychopathy. Photo by FGC on Shutterstock

What are psychopathic tendencies?

The most well-known case of this would be the case of Beth Thomas. The subject of a 1990 documentary entitled “Child of Rage,” Beth began to show psychopathic tendencies extremely early in life after suffering physical neglect and sexual abuse at the hands of her birth father before the age of one.

Later moved into an adoptive family where she could get the help she needs, the documentary (which you can view here, be warned, this footage may be disturbing to some) showed the disturbing thought process of a young 6-year-old girl struggling with an attachment disorder that led to psychopathic tendencies.

However, Beth, with the help of her adoptive family and professionals, became a relatively typical young woman who works as a nurse and has co-authored a book called “More Than a Thread of Hope” with her adoptive mother.

According to a 2017 study led by the University of Wisconsin-Madison, psychopaths have reduced connections in their brains between the ventromedial prefrontal cortex (vmPFC) and the amygdala.

This is noteworthy because of the functions of both parts in play – the vmPFC is responsible for sentimentality, empathy and guilt and the amygdala mediates fear and anxiety.

Not only did the research here show there were differences in how these parts of the psychopathic brain functioned, but this was the first study of it’s kind to show physical (structural) differences in the brains of psychopaths.

How common is psychopathy?

While there may never be a specific answer to this, there have been several studies that can give us insight into how common psychopathy is. According to most research, psychopaths make up about 1 percent of the general population. Additional research claims up to 15 percent of the U.S prison population may meet the criteria for being psychopaths.

Inside the brains of psychopaths | Big Thinkwww.youtube.com

Engaging in a brief mindfulness exercise made people who identified “I/me” words 33% less likely to volunteer.
Up Next
The Past