While the medical community — and parents — continue to deal with the 1 in 5 kids who suffer from a peanut allergy, there’s some news about a very different, and beneficial, role such nuts can play in the diet of expecting mothers. A study from Barcelona Institute for Global Health (ISGlobal) and published in the European Journal of Epidemiology has found that eating nuts during the first trimester of pregnancy can boost a baby’s intelligence. 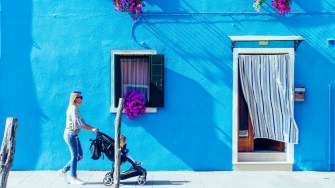 The Spanish study included over 2,200 mother/child pairs enrolled in proyectoINMA. Questionnaires tracked the nut intake of these mothers from Asturias, Guipuzcoa, Sabadell and Valencia during their first and third trimesters. Walnuts, almonds, peanuts, pine nuts and hazelnuts were the specific nuts ingested.

The Spanish Society of Community Nutrition recommends an average weekly nut consumption of between three and seven 30g servings a week. (Thirty grams is about 36 cocktail peanuts.) The women in the study had less than that amount, with a weekly average of just under three servings. Given the study’s finding, says ISGlobal researcher and first author Florence Gignac, “This makes us think that if the mothers consumed the recommended weekly average the benefits could be much greater.”

The children in the study were given questionnaires at ages of 1.5, 5 and 8 years of age to assess their cognitive abilities. The kids whose mothers had eaten nuts in their first trimester got high scores in all three tested areas: cognitive function, attention capacity, and working memory. No similar effect was found for children of final trimester nut consumption. 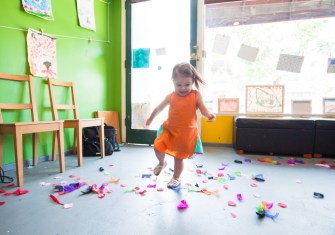 The results suggest that nuts make their positive contribution to cognitive development primarily during the mothers’ early weeks of pregnancy. Second study author Jordi Júlvez Calvo says, “While our study does not explain the causes of the difference between the first and third trimesters, the scientific literature speculates that the rhythm of fetal development varies throughout the pregnancy and that there are periods when development is particularly sensitive to maternal diet.”

Timing aside, the finding is further evidence of a mother’s nutrition as an important factor in fetal development, with long-term benefits. “We think,” says Gignac, “that the beneficial effects observed might be due to the fact that the nuts provided high levels of folic acid and, in particular, essential fatty acids like omega-3 and omega-6. These components tend to accumulate in neural tissue, particularly in the frontal areas of the brain, which influence memory and executive functions.”

Júlvez warns that, of course, this is just one study, and expectant mothers should exercise caution when devising their diet during pregnancy based on its finding. “In any case,” he says, “as this is the first study to explore this effect, we must treat the findings with caution and work on reproducing them in the future with more cohort studies as well as randomized controlled trials.”

Tags
cognitive sciencefoodintelligencemedical researchneurosciencenutsparentingpregnancy
In this article
cognitive sciencefoodintelligencemedical researchneurosciencenutsparentingpregnancy
Related
Neuropsych
Memory and the benefits of forgetting
Forgetfulness isn’t always a “glitch” in our memories; it can be a tool to help us make sense of the present and plan for the future.
Neuropsych
Asthma drug brings back “lost” memories
In a study involving mice, scientists used two different techniques — one optogenetic and one pharmacologic — to recover “lost” memories.
Life
Our antidepressant drugs are affecting animals and ecosystems
A toxicologist explains the impacts of antidepressants on fish — and no, they’re not getting any happier.
Thinking
Visual thinking: How to understand the inner lives of animals
Humans are good visual thinkers, too, but we tend to privilege verbal thinking.
The neuroscience of loving music
Humans are musical animals four million years in the making, explained by music expert Michael Spitzer.
▸
8 min
—
with
Michael Spitzer
Up Next
Starts With A Bang
Cosmology’s Biggest Conundrum Is A Clue, Not A Controversy
How fast is the Universe expanding? The results might be pointing to something incredible.If you want to know how something in the Universe works, all you need to do is […]