Scientists have been intrigued for some time about the effect that breathing has on the brain, and Big Think has discussed this before. Now, a new study, published this month in The Journal of Neuroscience, nails down the link between breathing through one’s nose — as opposed to one’s mouth — and the robust storage of memories.

“The idea that breathing affects our behaviour is actually not new. In fact, the knowledge has been around for thousands of years in such areas as meditation,” said Artin Arshamian, the lead author of the study, which took place at Sweden’s Karolinska Institutet. “But no one has managed to prove scientifically what actually goes on in the brain. We now have tools that can reveal new clinical knowledge.” 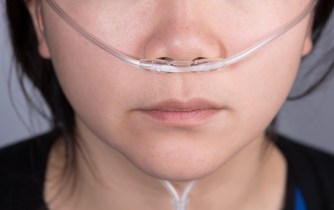 How the study tested the effect of nose-breathing on memory

One stumbling block to understanding how breathing through the nose affects the brain is that scientists’ typical subjects — mice and rats — don’t breathe through their nose. Therefore, sniffing out the truth of the matter requires human subjects. And, appropriately enough, the experiments involved smells.

The study’s 24 subjects memorized 12 smells delivered through a nasal cannula during two training sessions. Afterward, they were given an hour off during which they were instructed to breathe exclusively through either their mouths or noses.

What the scientists found was that those who’d breathed through their noses during their hour off were more likely to recognize the scents from training sessions, suggesting that their nose-breathing had more effectively stored what they’d learned.

Easier research implicated receptors in the olfactory bulb that can detect both scents and variations in airflow. Scientists have also seen different areas of the brain exhibit activity during inhaling and exhaling, but how this all ties together is as of yet unknown.

“The next step is to measure what actually happens in the brain during breathing and how this is linked to memory. This was previously a practical impossibility as electrodes had to be inserted directly into the brain. We’ve managed to get round this problem and now we’re developing, with my colleague Johan Lundström, a new means of measuring activity in the olfactory bulb and brain without having to insert electrodes.”

Dedicated circuits evaluate uncertainty in the brain, preventing it from using unreliable information to make decisions.
The Present

Are you in love? Trust your mother over your brain.
▸
with
Big Think
Up Next
Health